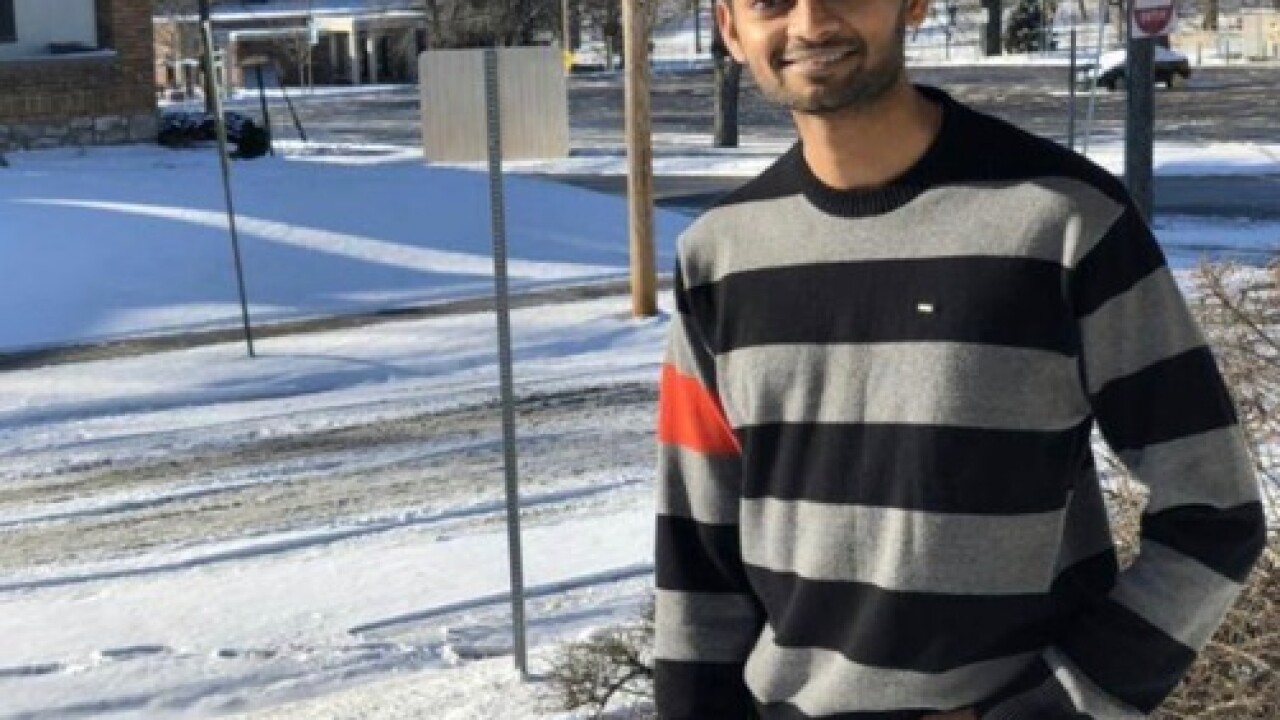 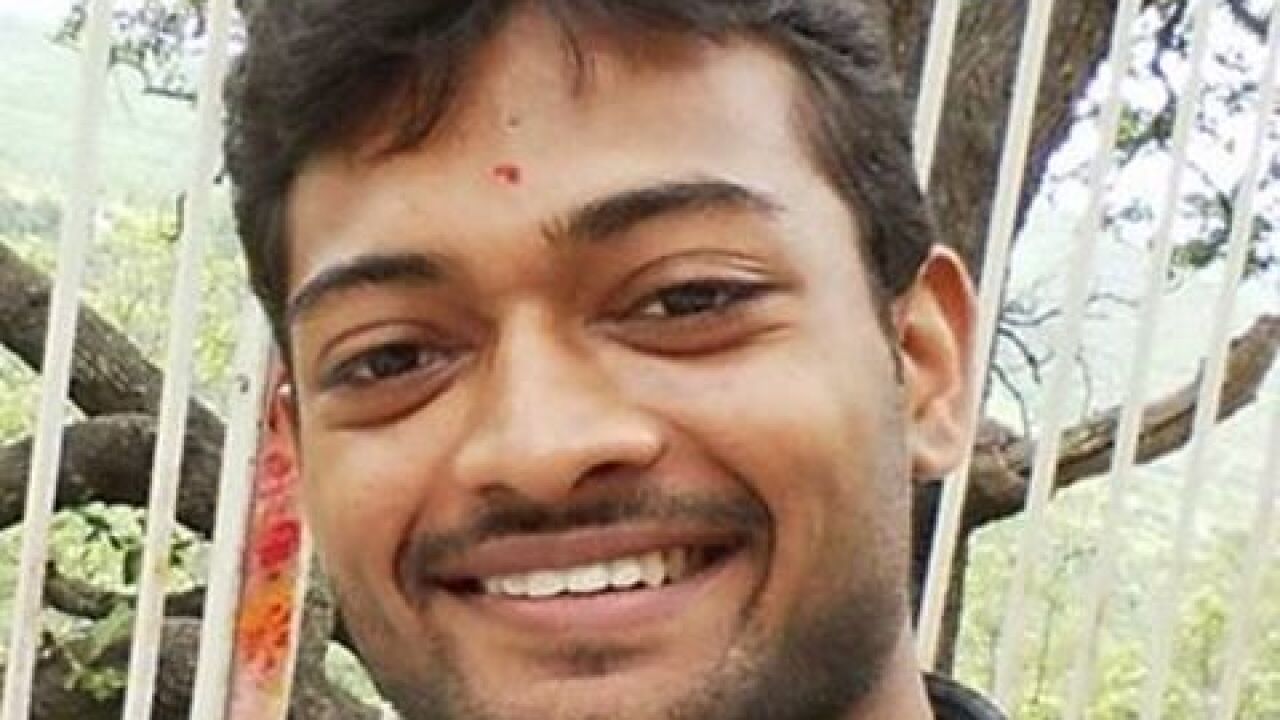 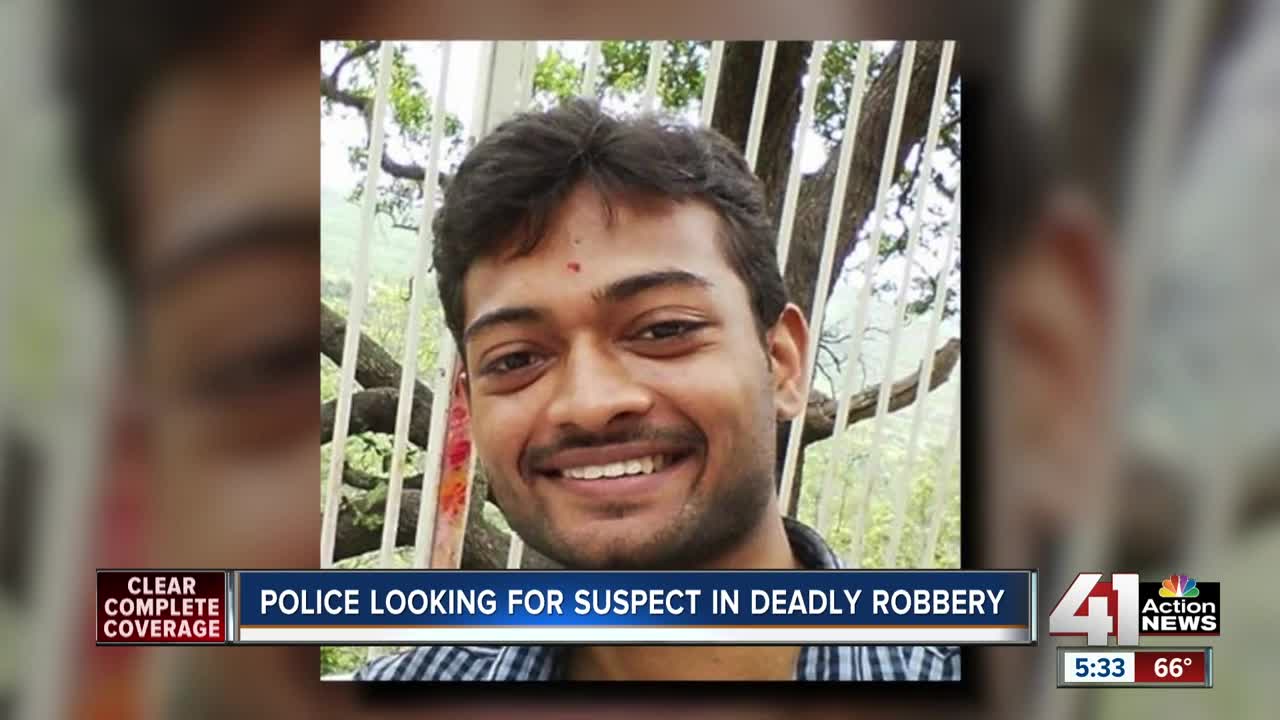 KANSAS CITY, Mo. — A UMKC graduate student from India was murdered Friday during his shift at J’s Fish and Chicken Market.

The Kansas City Police Department released surveillance video from inside the restaurant, which is located at 5412 Prospect Ave., and are seeking information about the suspect — a black male wearing a brown shirt with white stripes, who can be seen walking in and out of J’s Fish and Chicken Market.

KCPD officers were dispatched shortly after 7 p.m. on Friday to a reported shooting at the restaurant, where Sharath Koppu, 25, was found with an apparent gunshot wound.

Koppu, a UMKC graduate student from India who worked at the restaurant, was transported to an area hospital, where he died as a result of his injuries.

According to an email sent Saturday on behalf of Chancellor C. Mauli Agrawal to the UMKC community Koppu was a graduate student in the School of Computing and Engineering described as a “gifted student who had many friends among student and faculty.”

He was working on a master’s degree in Computer Science.

“We are deeply saddened that Sharath Koppu, a graduate student in Computer Science at UMKC, was killed last evening during an armed robbery at a restaurant where he was assisting family friends,” UMKC said in an official statement released to the press. “Sharath was an international student and his family in India has been notified. We offer our sincere sympathies to Sharath’s family and friends in the wake of this senseless tragedy. Our campus leadership is reaching out to Sharath’s family and friends and we are making counseling services available to members of our university community.”

Koppu’s family in India was notified of his death and the Consulate General of India in Chicago is sending a delegation to assist in any way possible.

https://t.co/kHpxsONTka
Deepest condolences to the family of K Sharat who was victim of a shooting in Kansas City Missouri. Consulate officials are on the way. We will  provide all assistance.⁦@SushmaSwaraj⁩ ⁦@IndianEmbassyUS⁩ ⁦@CPVIndia⁩ ⁦@NavtejSarna⁩

The suspect also was wearing light brown pants and white tennis shoes. He has a goatee and shoulder-length hair.

Anyone with information is asked to call the TIPS hotline at 816-474-TIPS (8477).  There is a $10,000 reward available for information leading to an arrest in all KCMO homicide cases, including the murder of Koppu.

This is the 59th homicide of the year for Kansas City, Missouri.