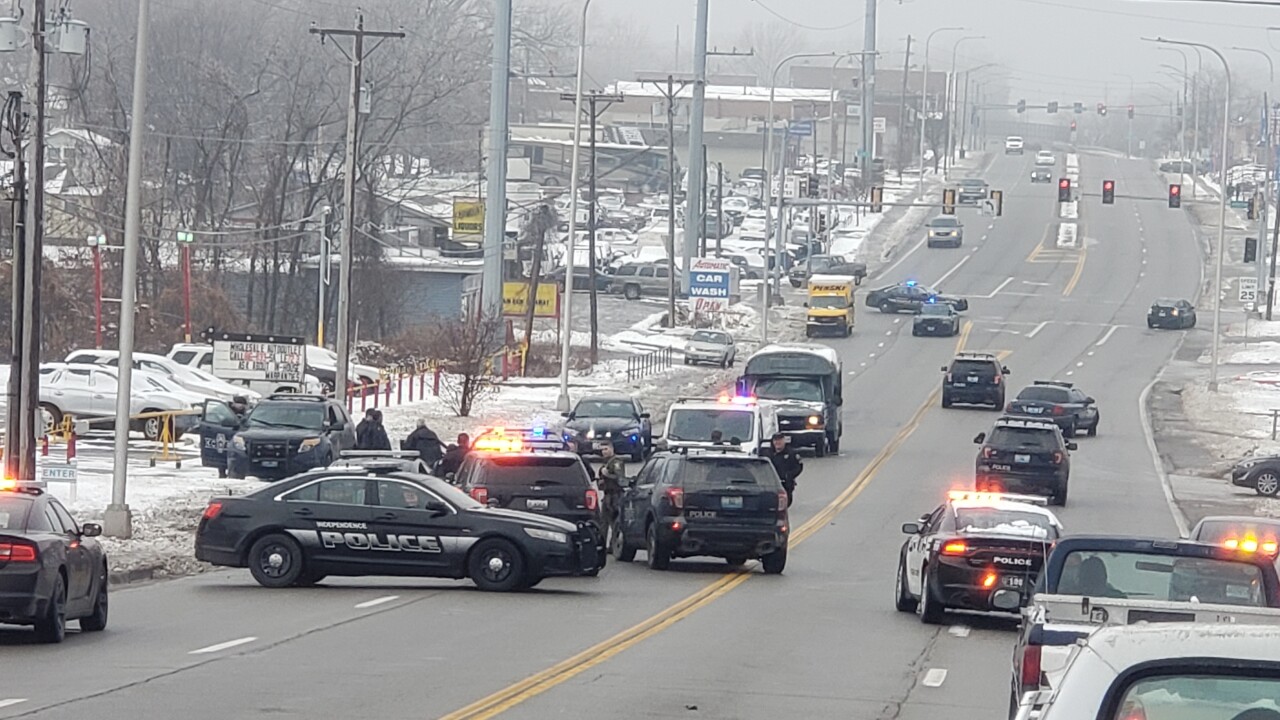 Copyright 2020 Scripps Media, Inc. All rights reserved. This material may not be published, broadcast, rewritten, or redistributed.
More than a dozen police cars converge on a kidnapping suspect on Monday, Jan. 12, 2020, on U.S. 24 in Sugar Creek, Missouri, following a police pursuit. One person was taken into custody. 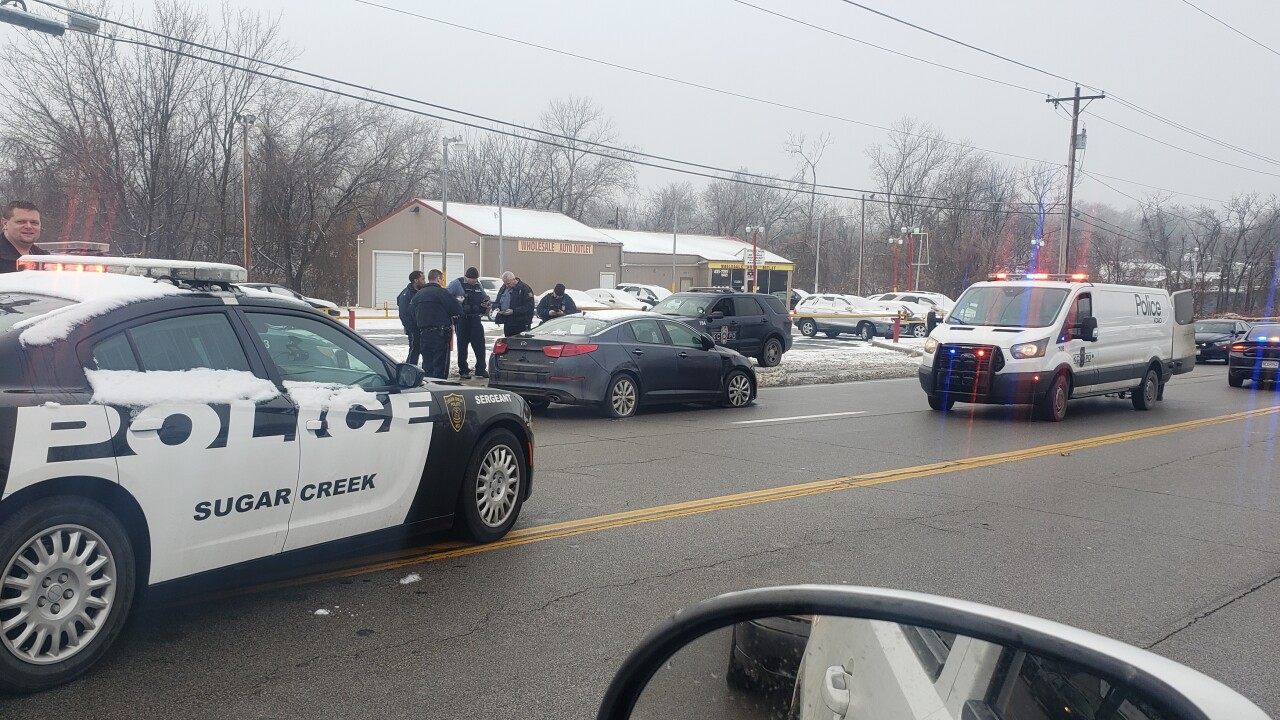 KANSAS CITY, Mo. — More than a dozen police cars converged on a kidnapping suspect after a chase ended Monday morning on U.S. 24 in Sugar Creek.

Officers with the Kansas City, Missouri, Police Department began chasing the vehicle around 10:45 a.m. in the 9000 block of Belmont Avenue.

The chase took place on city streets and Interstate 435 with speeds in excess of 80 mph at times.

Officers with the Independence and Sugar Creek police departments also joined the chase, along with deputies from the Jackson County Sheriff’s Department.

One person is in custody, according to police.