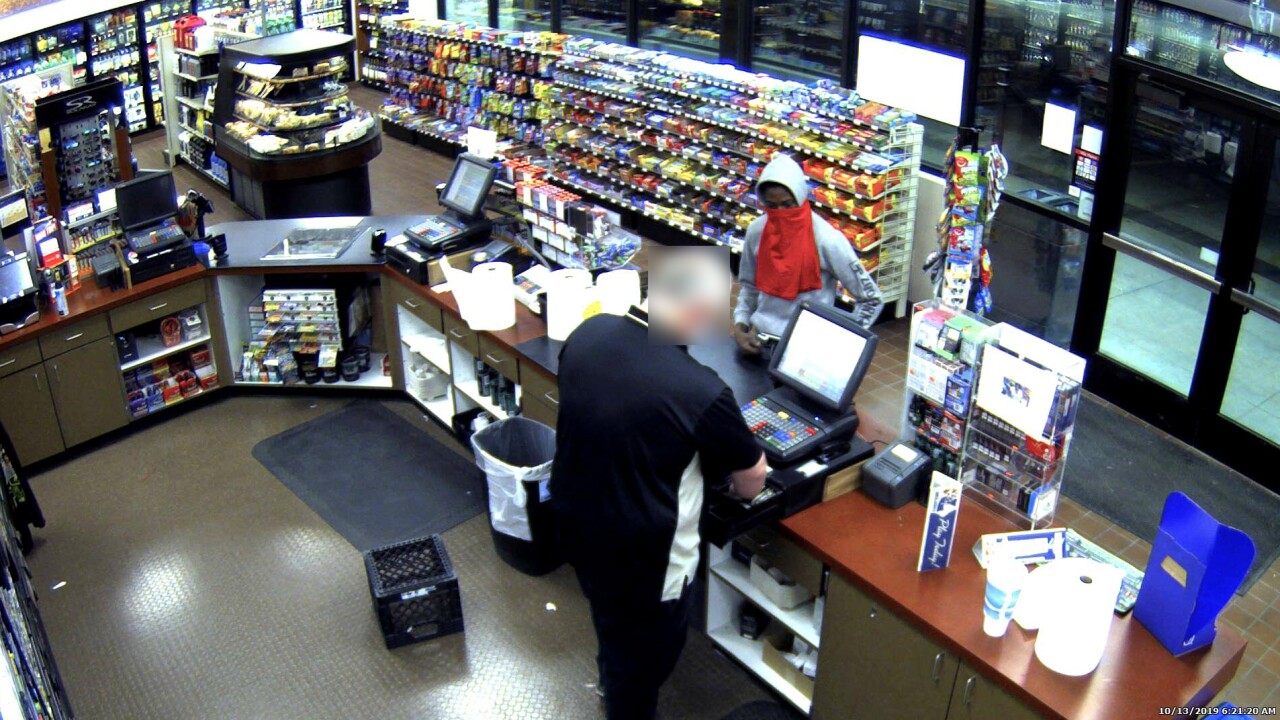 The first happened just before 5:30 a.m. at the QuikTrip at 1251 Northwest Barry Road.

Officers were sent to the store on reports of an armed robbery, police said. Once there, they contacted employees who said the suspect pointed a knife at the clerk and demanded money.

The clerk gave them about $75 and the suspect allegedly fled, heading south.

QuikTrip said in a statement that the company is committed to achieving a "state-of-the-art secure site" and that all stores are monitored 24 hours a day.

"As long as there is even a possibility that a customer or an employee could possibly be at risk, we will never be satisfied with our security," Mike Thornbrugh, a spokesperson for QuikTrip, said in the statement.

The second robbery happened just after 6:20 a.m. Sunday at the Temp Stop at 4411 Northwest Barry Road.

Officers were called to the store on an armed robbery. Employees told the officers a suspect placed a knife on the counter and demanded money.

The clerk gave them about $85 and the suspect fled in an unknown direction, police said.

A third robbery occurred at the Casey’s General Store at 10751 North Oak Trafficway at 7:30 a.m. Sunday.

Employees at the location told officers a suspect came in and showed a knife.

The clerk gave an unknown amount of money to the suspect, who fled on foot in an unknown direction, according to police.

Police have not said if they believe the robberies are connected, but the suspect in each case was reported to be wearing a gray hoodie with their face covered.