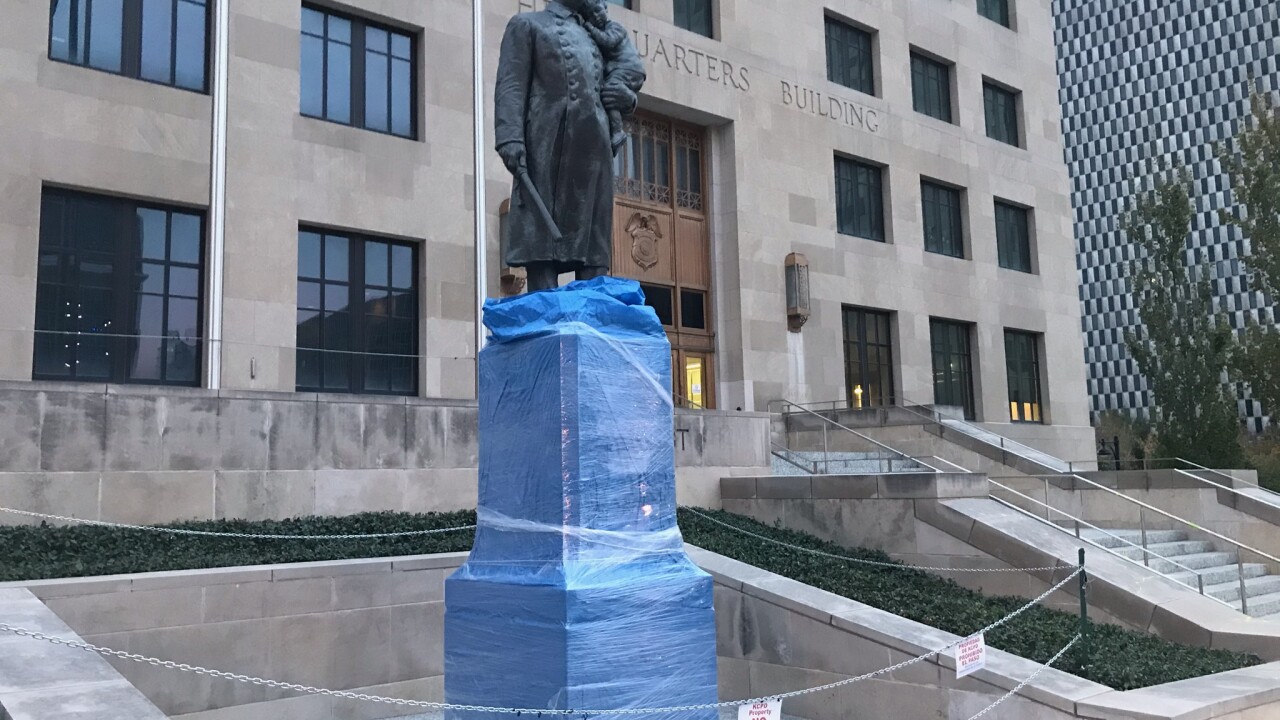 Tyler Navas/KSHB
A police memorial outside Kansas City, Missouri, Police Department Headquarters is covered on Saturday, Oct. 17, 2020, after being vandalized earlier in the day, according to police.

KANSAS CITY, Mo. — UPDATE, OCTOBER 18 | Kansas City police say they have released the woman they took into custody pending further investigation. Detectives will continue to gather information and submit the case to the prosecutor later on for consideration of charges.

ORIGINAL STORY | One woman is in custody after a police monument outside the Kansas City, Missouri, Police Department was vandalized on Saturday, according to police.

The investigation, according to police, is ongoing.