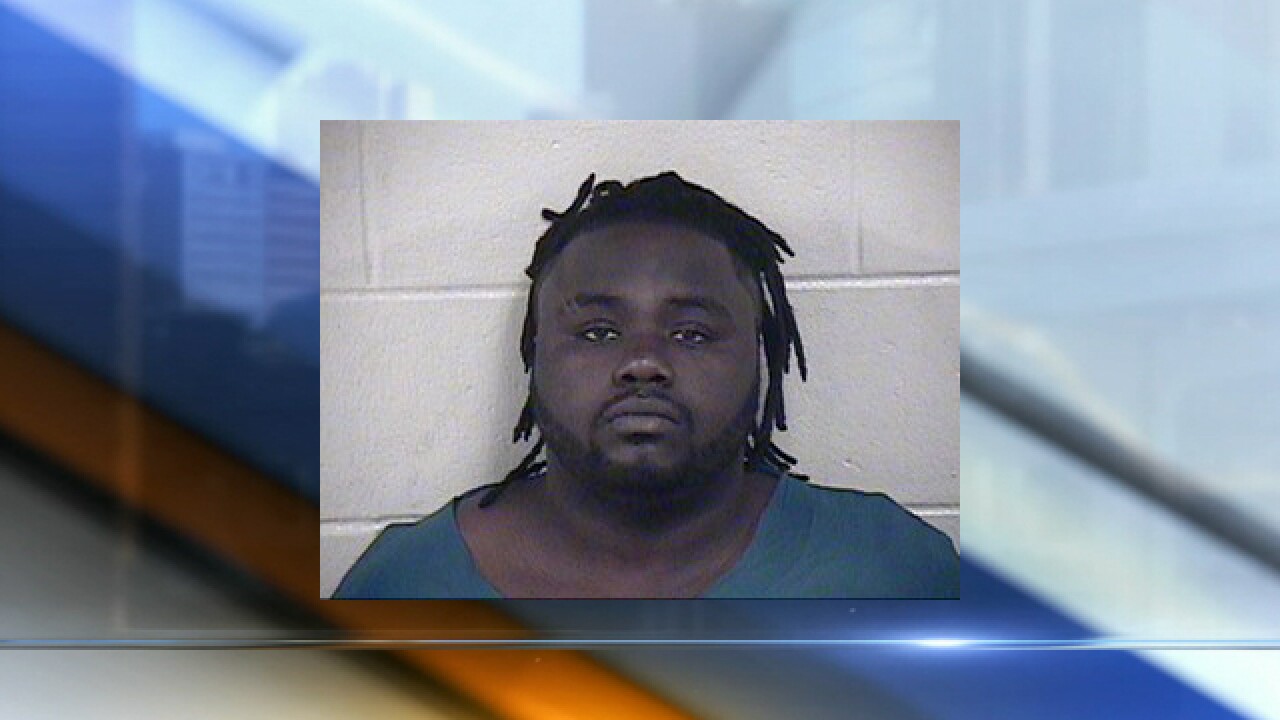 KANSAS CITY, Mo. — A man known as Fat Boy is facing charges connected with the shooting death of a man Monday in a Kansas City house.

Junius Morrow, 30, of Kansas City, is charged in Jackson County Court with second degree murder, two counts of armed criminal action, two counts of unlawful use of a weapon, one count of domestic assault, kidnapping and unlawful possession of a firearm.

Court documents state Morrow went to a house Monday night at 4608 Chelsea Ave. and knocked on the front door.

They also said Page tried to deflect the weapon, but was not able to avoid the gunfire, according to court documents.

Page ran from the house and got into a Chevrolet Avalanche pickup truck waiting for him down the street.

Detectives learned Morrow allegedly stole Page's car and a handgun in the vehicle from a neighborhood market several weeks before the killing.

Morrow, who does not own a car, also is accused of beating his girlfriend and her daughter with the handgun used in the Page murder.

He also forced a neighbor to drive him from the beating scene.

Officers arrested Morrow at his mother's house two days after the murder.

Morrow denied any role in the beating or forcing anyone to drive him from the beating scene.

He will be in court for a hearing on January 3.