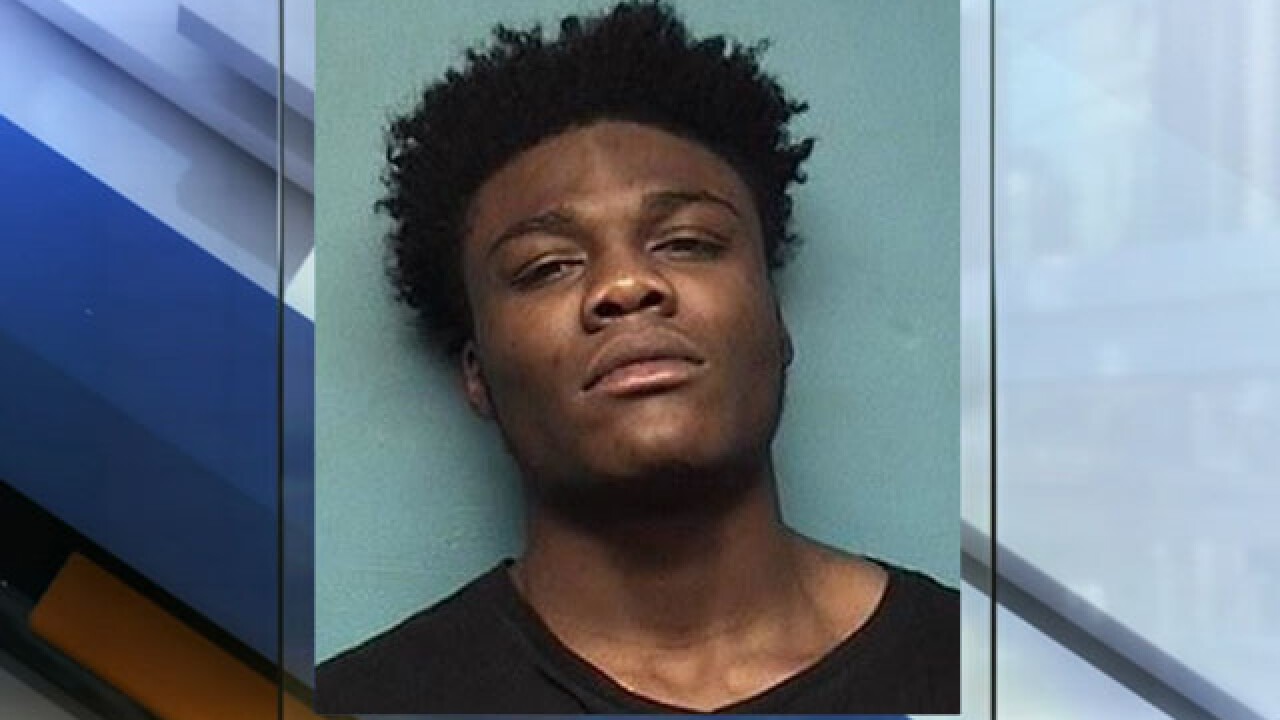 KANSAS CITY, Mo. — An 18-year-old man has been charged in Tuesday’s homicide at the Cedar Brooke Apartments in Independence, Missouri.

Mary Schmitz was killed in the shooting. Another person was seriously injured.

Court documents say police heard yelling when they arrived on the scene and through a window saw Schmitz on the floor in the dining room.

Occupants of the apartment came outside, and police found a man in a bedroom who had also been shot. He was taken to the hospital.

Later, police made contact with Harris, who matched the description of the suspect the injured victim had given police.

Harris told the officers he had been in a fight with the injured victim in the apartment and had shot Schmitz.

He said he ran from the scene and threw the gun into the woods.