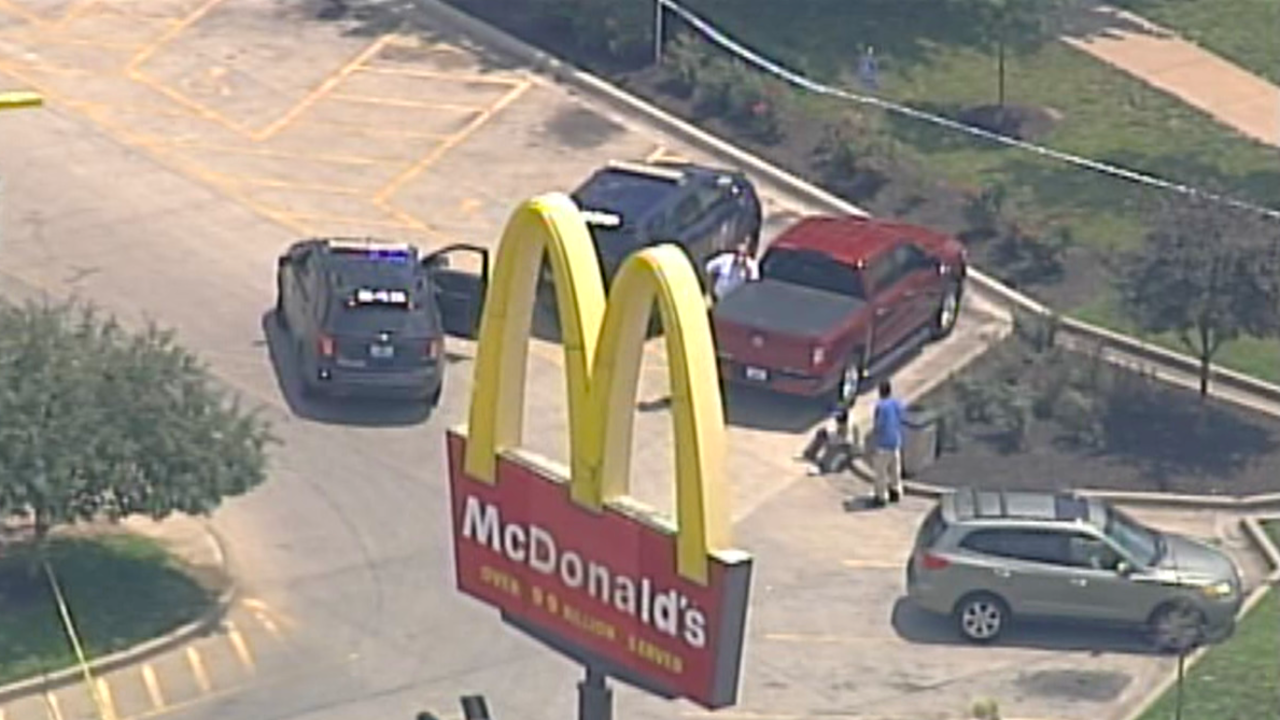 KANSAS CITY, Mo. — Jackson County prosecutors announced Tuesday that they have charged a man in the homicide that happened Monday afternoon near East 31st Street and Van Brunt Boulevard.

Albert Mangini, 40, has been charged with first-degree murder, armed criminal action and unlawful possession of a firearm.

According to court documents, surveillance video in the area showed the shooting victim standing on the sidewalk when the suspect gets off of a bus and walks toward him.

The suspect circled the victim, took an item from his waistband, then raised the item to the back of the victim's head. The victim then fell down and the suspect walked away and later got into a blue BMW traveling north on Van Brunt.

Officers were called around 1:30 p.m. to a sidewalk outside the McDonald's restaurant on a reported shooting.

When officers arrived, they spotted the victim, who was identified Tuesday as Travon Jones, on the sidewalk suffering from an apparent gunshot wound. He was pronounced deceased on the scene.

Officers tracked down the BMW in the area of Independence Avenue and Woodland Avenue. One of the people inside the car matched the description of the suspect from the surveillance video.

According to court documents, the officers took both occupants of the car into custody and that's when the driver of the car said that the passenger had just killed someone.

The driver later told police during questioning that he had parked in the McDonald's parking lot when the suspect attempted to get in the passenger side of his car. He lifted his shirt as if he had a gun in the waistband, so the driver let him in and drove him out of fear.

The driver then said the suspect told him that he was a hit man and did a sloppy hit.

The suspect who entered the car was identified as Mangini. He refused to make a statement to detectives, but has a known criminal history.