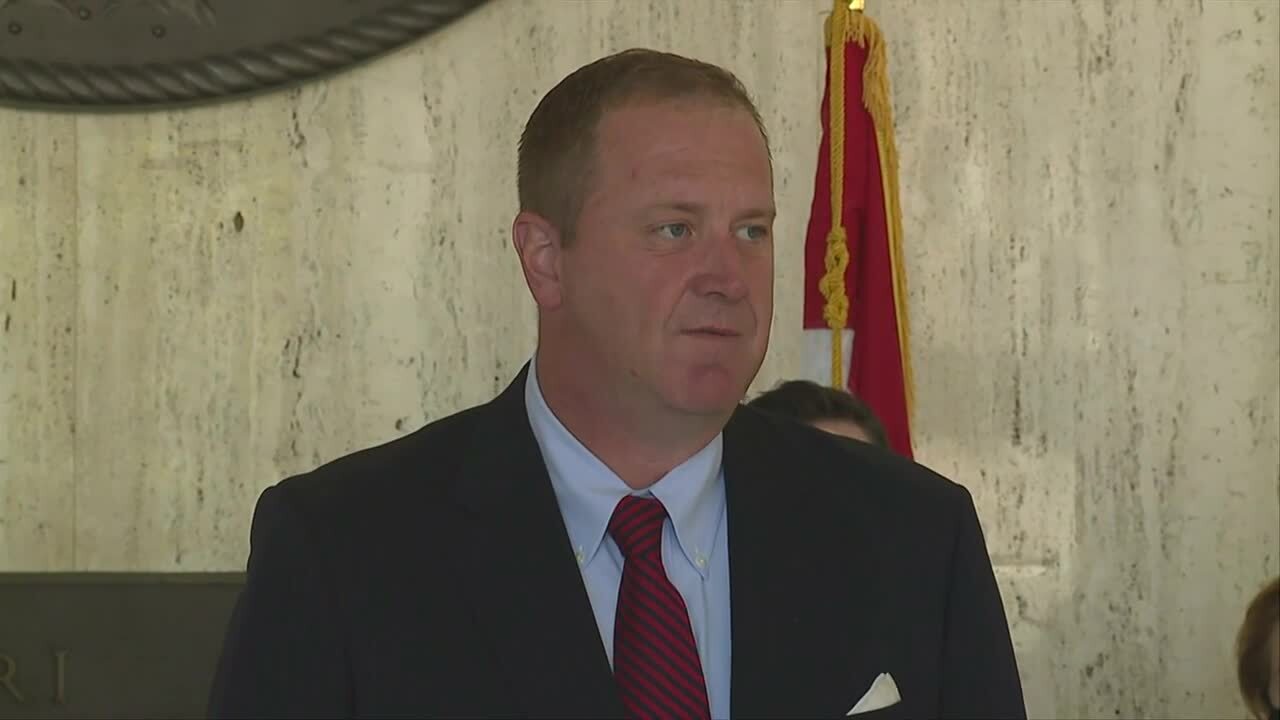 Missouri Attorney General Eric Schmitt holds a news conference in Kansas City on Tuesday, Aug. 18, 2020, to discuss the Safer Streets Initiative, a partnership between his office and the U.S. Attorney's Office for the Western District of Missouri.

KANSAS CITY, Mo. — The Missouri Attorney General’s Office will double its efforts in Kansas City to assist with prosecuting violent crime at the federal level.

Attorney General Eric Schmitt said Tuesday that his office will lend two additional assistant attorneys general to the U.S. Attorney’s Office in the Western District of Missouri, which covers Kansas City and Springfield.

It’s part of the Safer Streets Initiative, a federal-state partnership that aims to prosecute violent crime in Missouri’s largest cities. The initiative launched last year with two lawyers from the Attorney General’s Office sworn in as special assistant U.S. attorneys in Kansas City.

Now, there will be a total of four special assistant U.S. attorneys in Kansas City and one in Springfield.

“We’re going to continue those efforts to do everything we can to prosecute violent crime in the Kansas City area,” Schmitt said at a news conference Tuesday to announce the increased efforts.

U.S. Attorney for the Western District Tim Garrison acknowledged the attention that Operation LeGend, which uses federal resources to combat violent crime in Kansas City, has received recently. The Safer Streets Initiative is an example of the state working with federal partners to work toward the same goal, Garrison said.

Schmitt said that his office "stands ready, willing and able" to help with the Operation LeGend initiative as well.

The Missouri Attorney General's Office also partners with the U.S. Attorney's Office in the Eastern District of Missouri to provide attorneys in St. Louis.