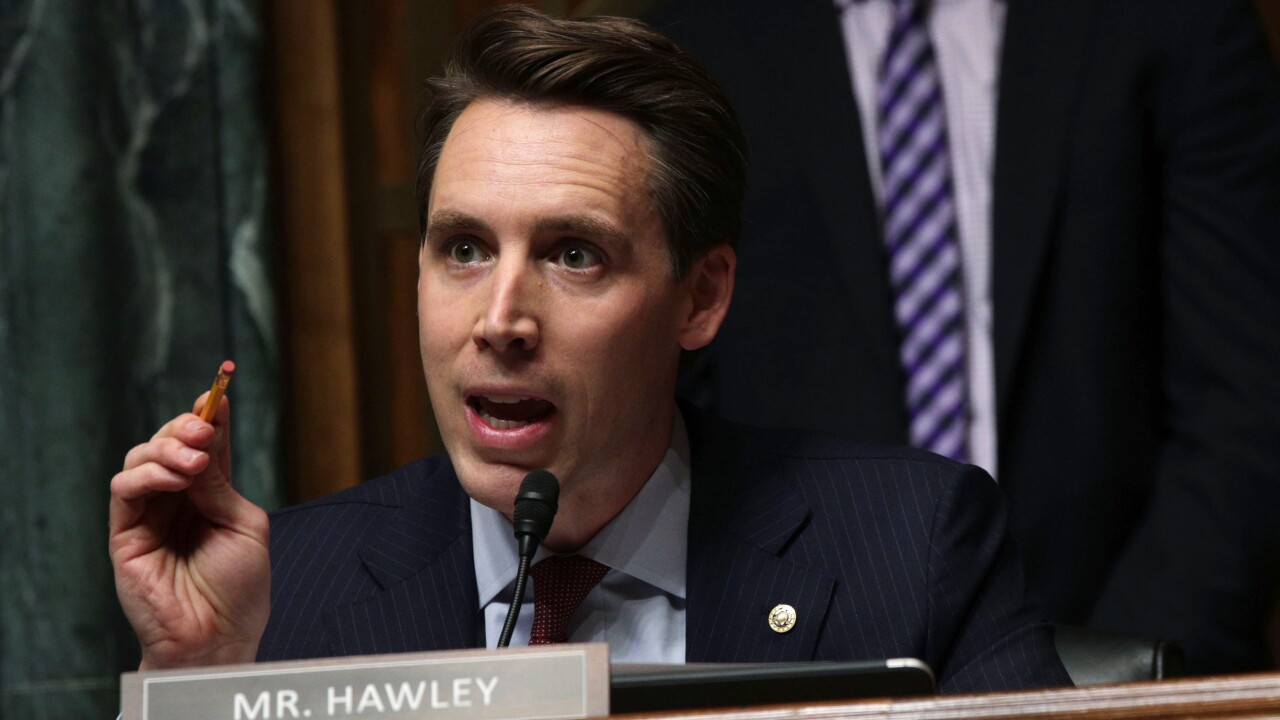 An eastern Missouri man has been arrested after authorities say he threatened Republican Sen. Josh Hawley in a social media message.

The St. Louis Post-Dispatch reported that Jeremy Cawthon appeared in federal court Friday in St. Louis for a brief hearing on a charge of transmitting a threat in interstate commerce.

An arrest affidavit says the FBI was contacted on April 1 about the Facebook threat, in which Cawthon is accused of writing to the senator from Missouri that "I will kill you before I allow you to continue a dictatorship of monetary and religious systems...."

Cawthon has asked a judge to appoint a lawyer for him. The judge ordered Cawthon held until next week, when a hearing will be held to determine if he should be kept in jail until trial.

Prosecutors plan to present the case to a grand jury next Thursday.

Authorities said Friday that a western New York man had been charged with threatening to kill Democratic Rep. Ilhan Omar, of Minnesota. She is one of the first two Muslim women to serve in Congress.