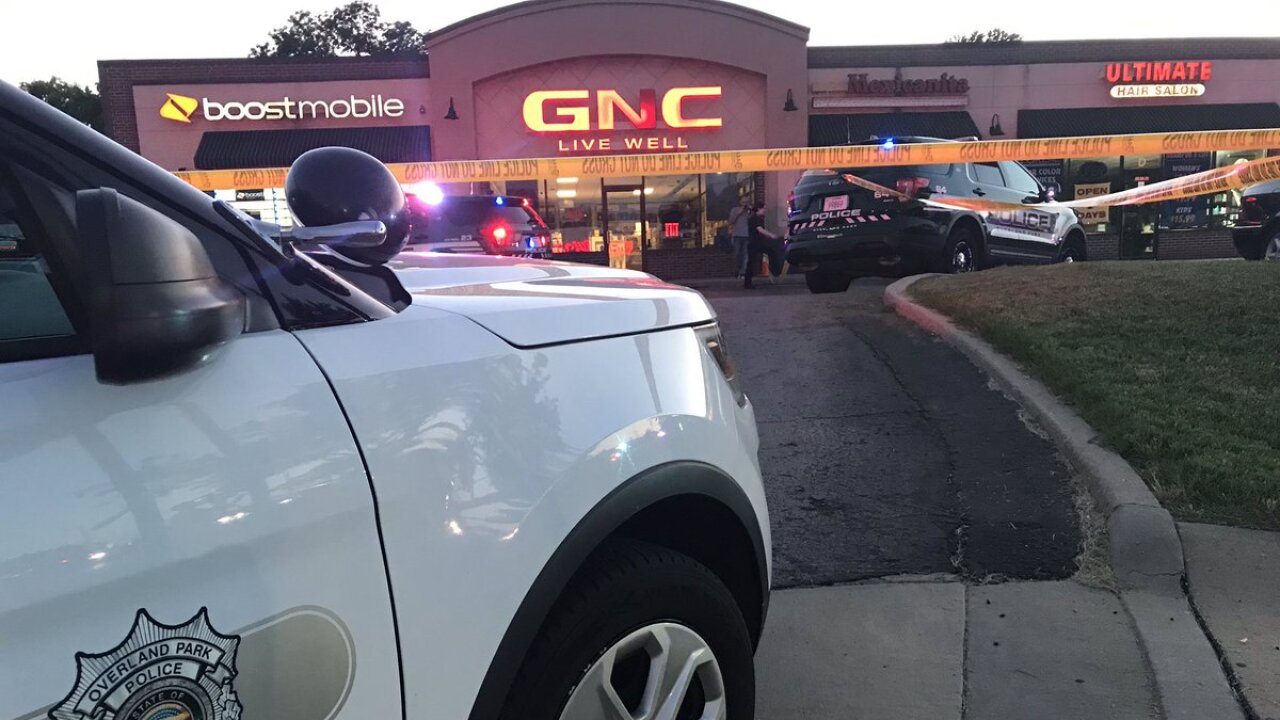 Dia Wall
One person was shot and killed at a Boost Mobile store Monday evening near 76th Street and Metcalf Avenue in Overland Park.

Around 7:45 p.m., an armed man attempted to rob a Boost Mobile store near 76th Street and Metcalf Avenue. Officer John Lacy, a police spokesman, said the robbery suspect demanded cellphones and jumped over the counter.

An employee inside the store was armed and fired one shot, killing the man, police said.

The suspect's wife, who was outside, ran to the door after the shooting.

The wife was being questioned by police, as well as the store employee, who was cooperating.

The man who was killed was later identified by police as Deshawn L. Brim of Raytown, Missouri.

The store owner also was at the scene.

He also said police are not actively searching for additional suspects or witnesses.

An armed adult male tried to rob the Boost Mobile store here at 76th & Metcalf. The employee inside was armed and fired one shot, killing him. That employee is in questioning with @OverlandPark_PD & is cooperating. The owner of the store is here at the scene.