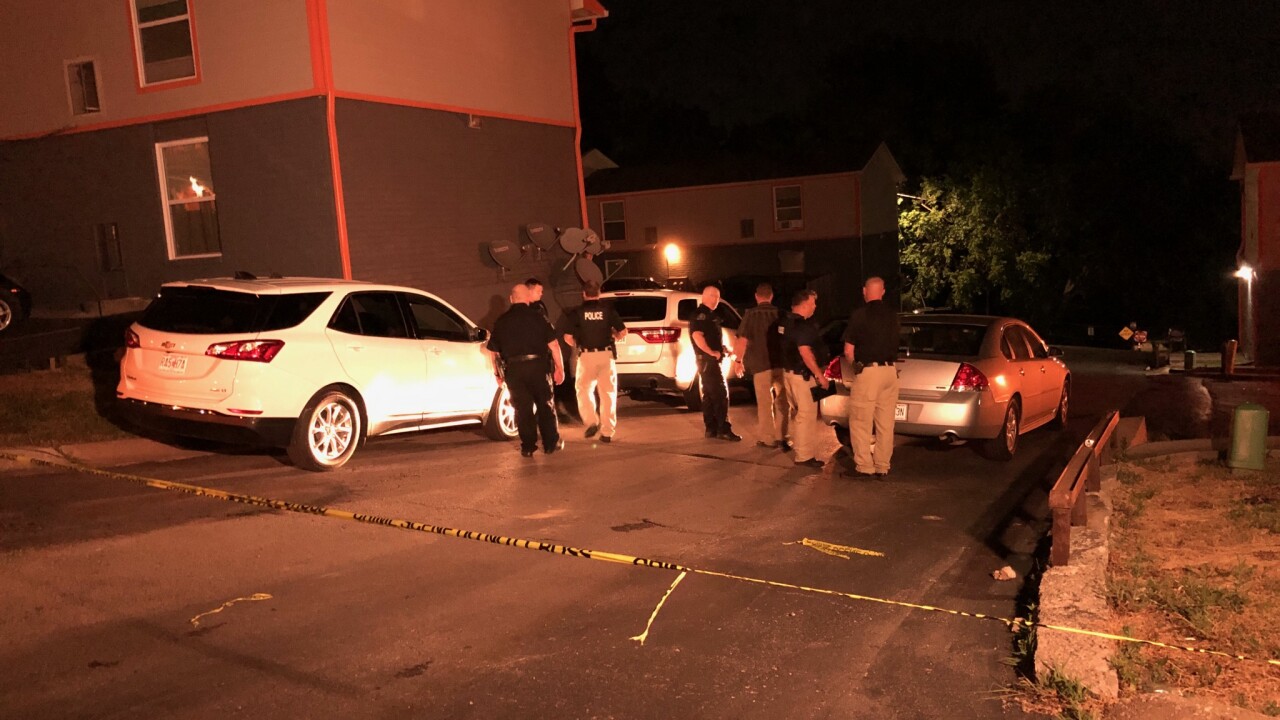 Officers were called to an apartment complex near Truman Road and Blue Ridge Boulevard after 11 p.m. Thursday.

According to MSHP, IPD was investigating a domestic dispute at an apartment complex when they happened upon an armed carjacking at the same location.

MSHP said IPD was alerted to the carjacking when they heard someone shouting for help.

Two suspects exited the vehicle and shot at officers when they were approached.

Officers returned fire and injured one of the people from the vehicle. That person is hospitalized. A second person was taken into custody. No officers were hurt.

MSHP said the two suspects were aged 17 and 15. The 15-year-old is the one that was shot and their injuries are not life-threatening.

Officers returned fire wounding 1 suspect! The wounded suspect was transported to a local hospital & the other suspect was taken into custody. No officers were injured!! The investigation is on going! (2/2)#MSHP #service #protection #community pic.twitter.com/sleoKQcWec

This is a developing story. We will update this as we learn more.