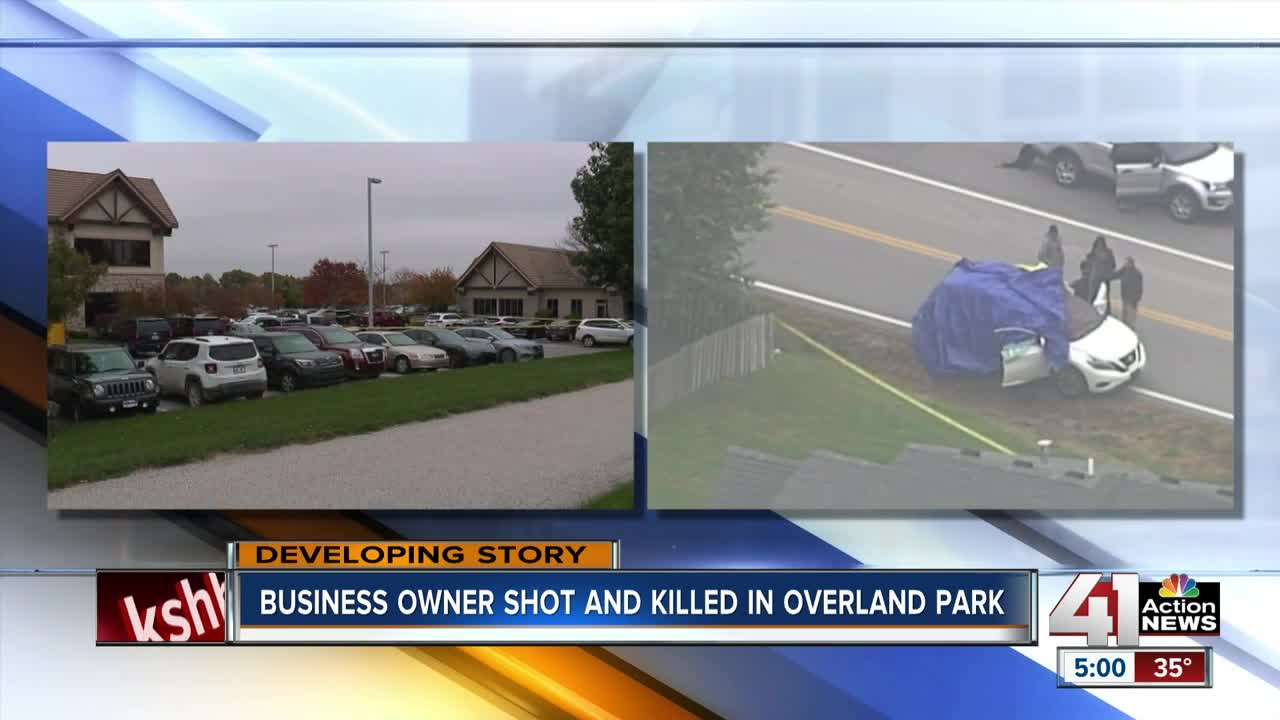 A business owner was gunned down in Overland Park Monday morning, and the suspect allegedly shot themselves in the Northland as police closed in. 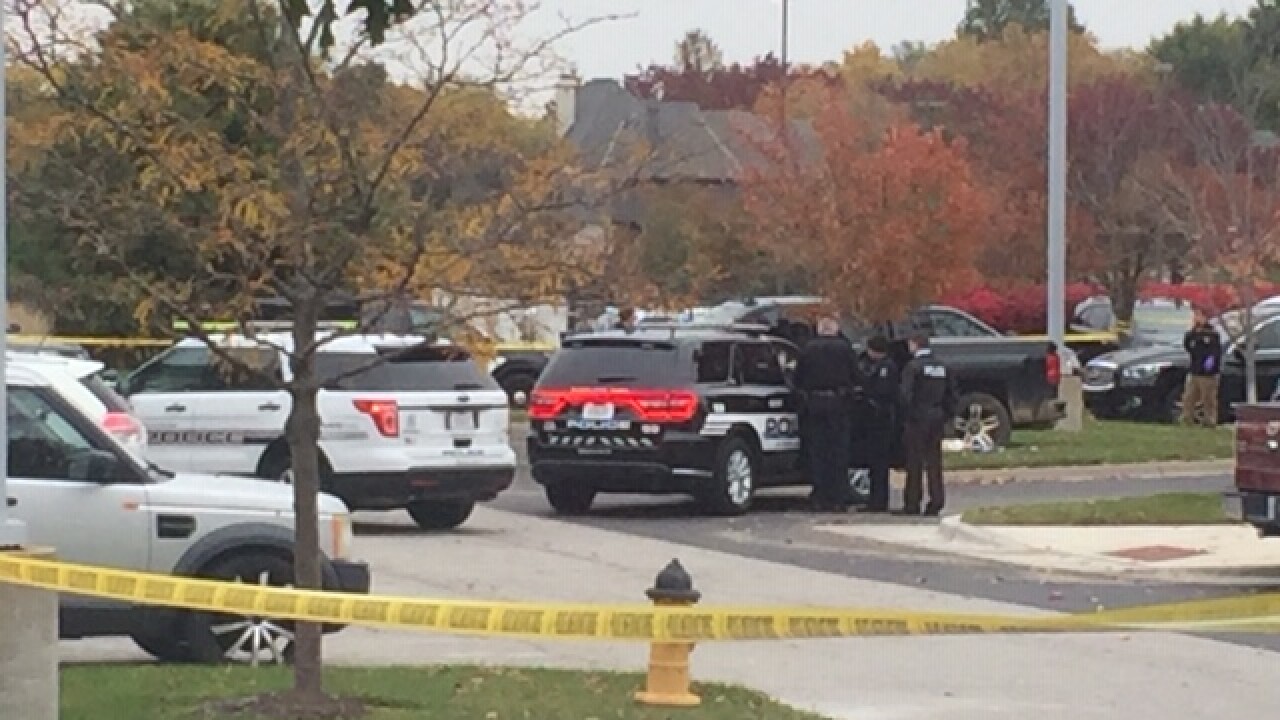 KANSAS CITY, Mo. — Two Cass County men are dead after shooting incidents Monday in Johnson County on the Kansas side and Clay County on the Missouri side.

The first deadly shooting happened in the parking lot of the business in the 6200 block of West 135th Street in Overland Park, when a man arriving for work was gunned down outside his vehicle, police said.

A second person, who was driving a vehicle police had connected to that shooting, later died from a self-inflicted gunshot wound in the Northland as law enforcement approached the vehicle.

The homicide victim from the first shooting was identified as David Flick, 59, of Cass County, according to an afternoon press release from the Overland Park Police Department.

A police spokesman said it appeared that Flick stepped out of his car and was shot in the parking lot.

No suspect information initially was provided, but police described it as a homicide.

Police later issued information about a vehicle of interest in the shooting, which Clay County Sheriff's Office deputies located around 1:30 p.m. in Kearney.

Officers with the Kearney Police Department assisted Clay County deputies in a traffic stop of the suspect vehicle near Missouri Route 92 and Porter Ridge Road.

While approaching the vehicle, the officers heard a single gunshot and later found the suspect, who was identified Monday evening as 60-year-old Scott MacDonald of Cass County, dead in the vehicle.

Overland Park police spokesman Officer John Lacy confirmed that the police activity in Kearney was related to the homicide investigation and OPPD detectives were spotted at the scene.

A witness who lives across from where the it happened described seeing the suspect vehicle pulled over and several cop cars, then hearing a gunshot.

"We stepped out on the balcony and we saw cops sitting there, guns drawn," Daniel Boucher said. "We came out and heard a lot of banging, and I thought they busted out the back glass. They had multiple units come rolling up after that, and it was just one of those moments where you don't see that anywhere. It was a little scary."

Police also were checking surveillance footage in Overland Park and urging anyone with information to come forward.

"Right around 8:15 (a.m.), usually people are coming to work, so we're asking the public if they saw anything, saw a vehicle leaving this area at a high rate of speed, to contact the Overland Park Police Department," Lacy said.

The shooting took place near Overland Trail middle and elementary schools. Police said the schools did not go on lockdown.

However, multiple sources told 41 Action News that several Blue Valley School District schools in the area were placed under a "Lock and Teach," during which classrooms are locked and classroom instruction continues as usual.