A Kansas City police sergeant said there are obvious signs connecting all the robberies, but detectives will rely on surveillance footage from each store to determine if the suspects are the same.

The robberies occurred after midnight at five 7-Elevens: 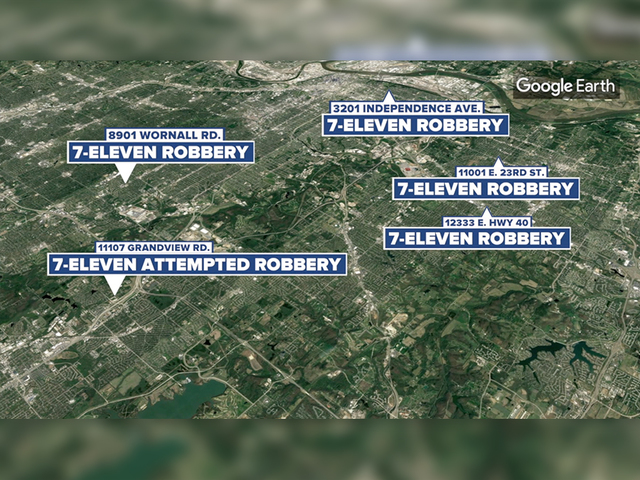 By the morning, KCPD officers were patrolling outside 7-Eleven locations in case the suspects struck again.

Police do not have any suspects in custody.

A clerk who works at both Independence locations said the same men robbed each location at gunpoint. He said the cashier handed the men money, which totaled about $35 from each store.

No one was injured in the suspected robberies.