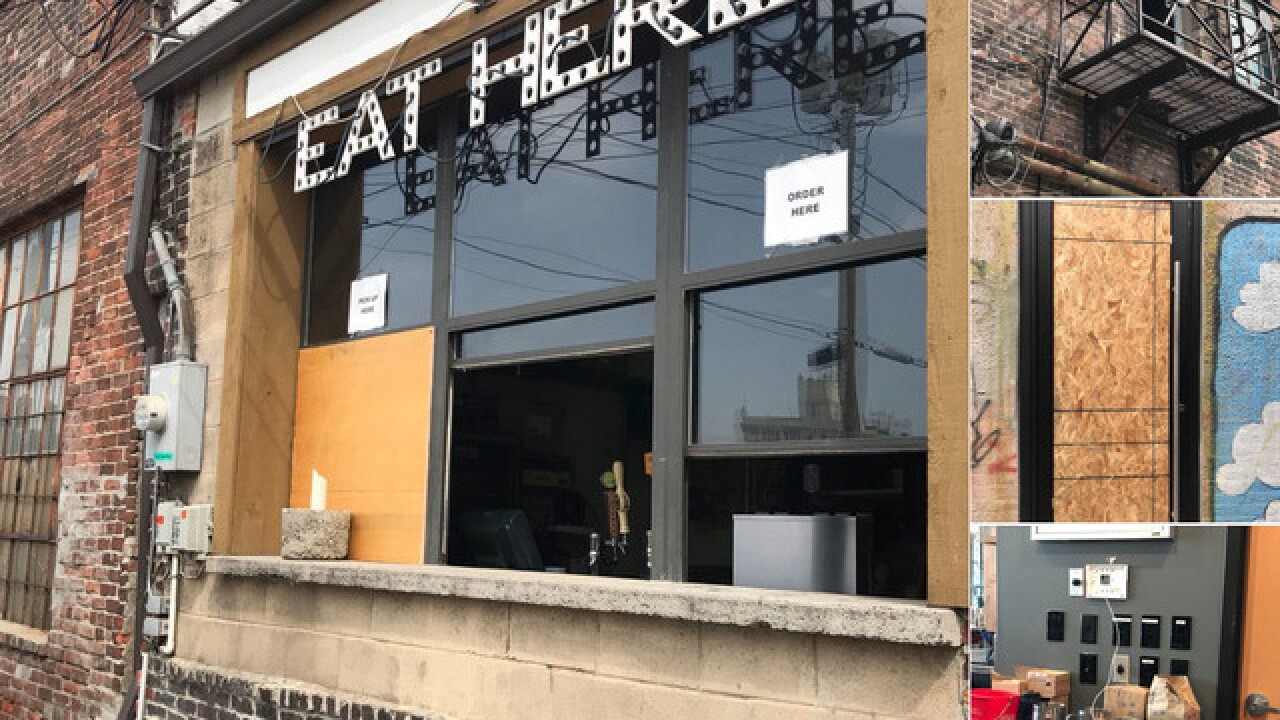 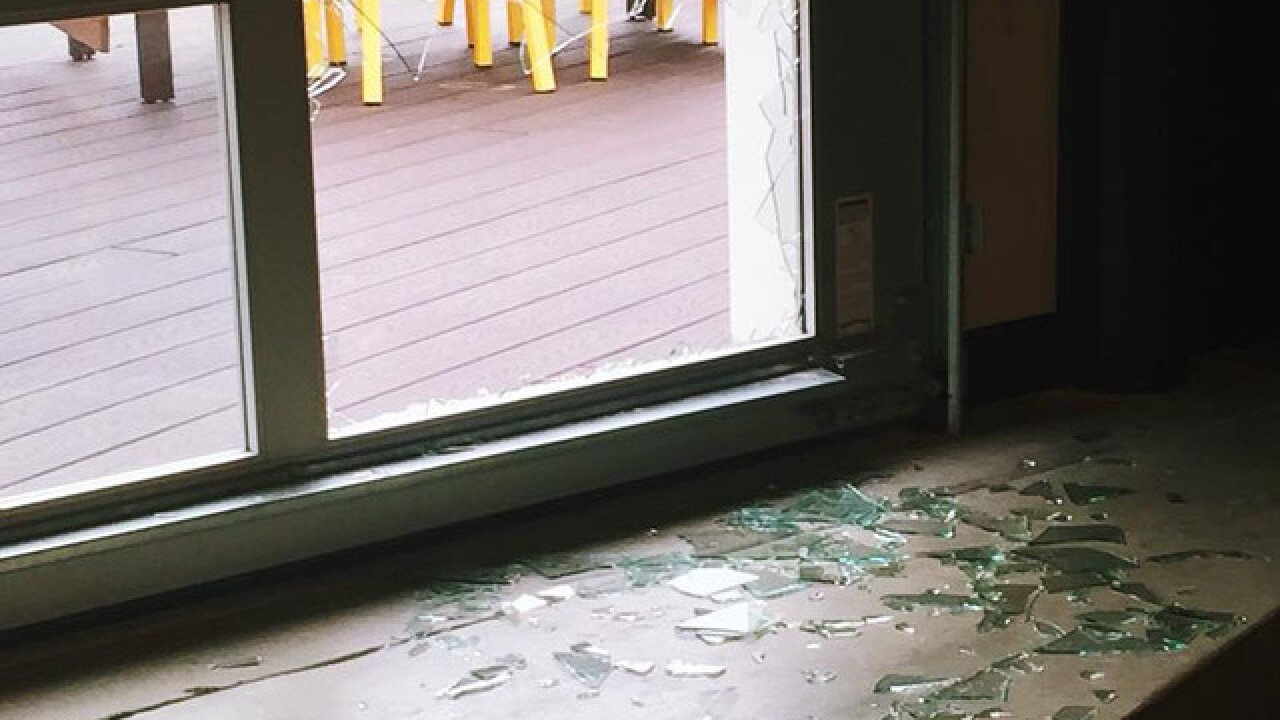 KANSAS CITY, Mo. — Police are looking for thieves who went on a crime spree early Friday morning, hitting several businesses in the Crossroads and Midtown.

Security cameras were rolling shortly after 4 a.m. when a thief emerged from the shadows near McGee Street and crossed 39th Street.

He went toward the stairs that led to the Sundry Market and Kitchen. He used a patio stool to smash a window.

Once inside, the crook stole money from a cash register and a safe in a matter of minutes before darting across the parking lot and into the cover of darkness.

The owner of the @TheSundryKC told @41actionnews his business was hit at 4:05 a.m., almost an hour before the @KCCrossroads businesses were targeted.

The thief took off with cash from a register & a safe.

About an hour later, Grinders in the Crossroads was hit.

The owner, Stretch, said the thief, in this case, used a chunk of concrete to break in and targeted his office.

"All of the video recording equipment was stolen. The alarms were actually smashed for the alarm protection and literally were ripped out of the walls,” Stretch said.

The same burglar then moved next door to the Mission Taco Joint. Using a cinderblock, he busted a side door and went to rip out the alarm system.

"Once inside, it seems like he had a plan. He moved very, very, quickly. It appears that he used our space to gain entrance into I-Tap," Jenn Tosatto, the bar manager at Mission Taco Joint, told 41 Action News.

At I-Tap, a safe was stolen.

"It’s someone who has come through the building and has scoped out the situation to know where certain things are. Going in blindly, I don’t think it’s a transient," Stretch said.

Each business cleaned up ahead of the lunch rush after getting served up a slice of misfortune.

"It is what it is—yeah for me—no one got hurt. My dad always told me inanimate objects, you can replace them," Stretch said.

A KCPD spokesperson told 41 Action News it’s too early to connect the cases in Crossroads to the Sundry case.

If you recognize the suspect or know anything about these break-ins, call KCPD or the KC Crimestoppers Hotline 816-474-TIPS (8477).