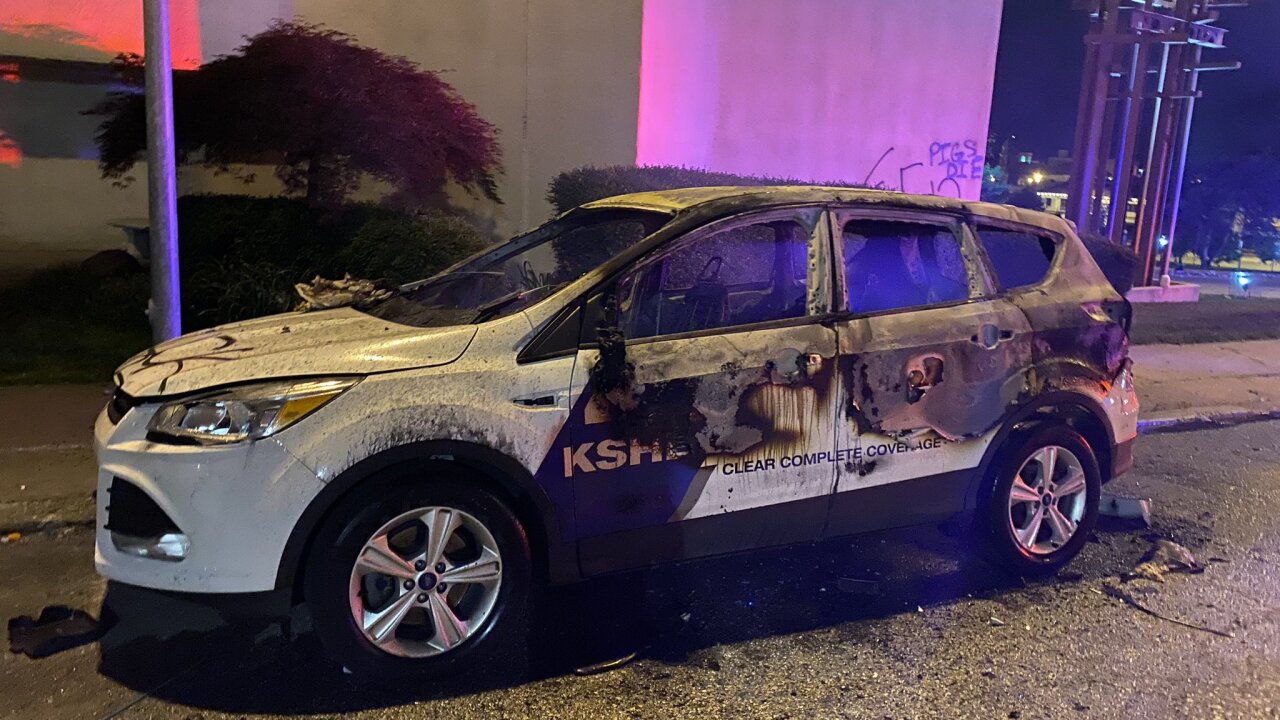 Megan Strickland/KSHB
A 41 Action News vehicle parked at 46th and Main streets on May 31, 2020, was set on fire during protests.

The alleged arson happened around 9:30 p.m. on the Country Club Plaza May 31 during riots following a peaceful protest against police brutality earlier in the day.

In the video, people light what appears to be a piece of paper on fire and place it in the driver seat of the 41 Action News car, which was parked near 46th and Main.

These are the suspects in the arson of a @41actionnews vehicle on the Plaza about 9:30 p.m. May 31. If you know who they are, you could get a cash reward by calling 816-474-TIPS. pic.twitter.com/JJ6mEgOYbA

Prior to the fire, the car had been vandalized.

Police said tipsters may be eligible for a cash reward.