Slow-speed chase through NE KCMO ends with 1 in custody 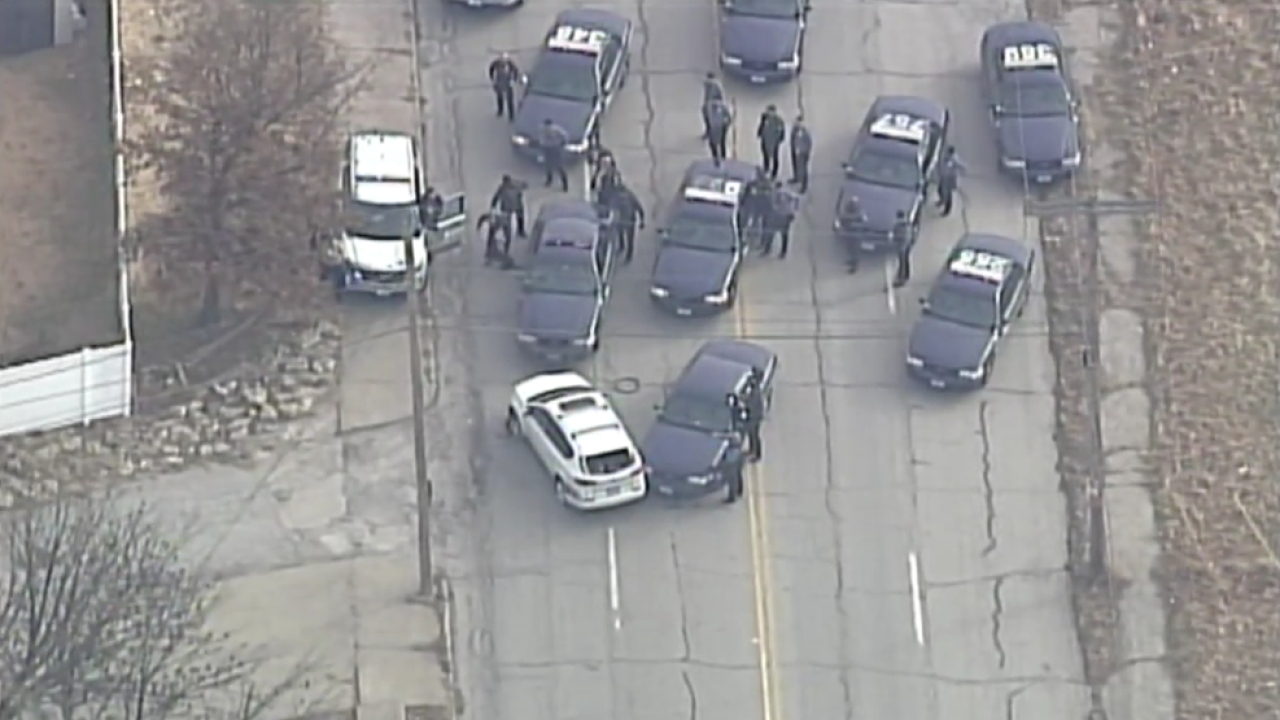 Deputies from the Platte County Sheriff’s Office initiated the chase after spotting a possibly stolen vehicle out of Riverside.

Officers from the Kansas City, Missouri, Police Department and deputies from the Jackson County Sheriff's Office assisted in the chase through KCMO’s old Northeast neighborhood.

Law enforcement attempted to box the suspect in several times. The driver went off-road to escape and at one point, hit a Jackson County deputy's vehicle and nearly hit a deputy outside his car.

Video from Skytracker showed the driver also clipped at least one civilian's vehicle.

The chase lasted at least 40 minutes before it came to an end shortly before 11 a.m. on Independence Avenue near Harrison Street.

The driver appeared to refuse to get out of the car for several minutes before officers pulled the person out.