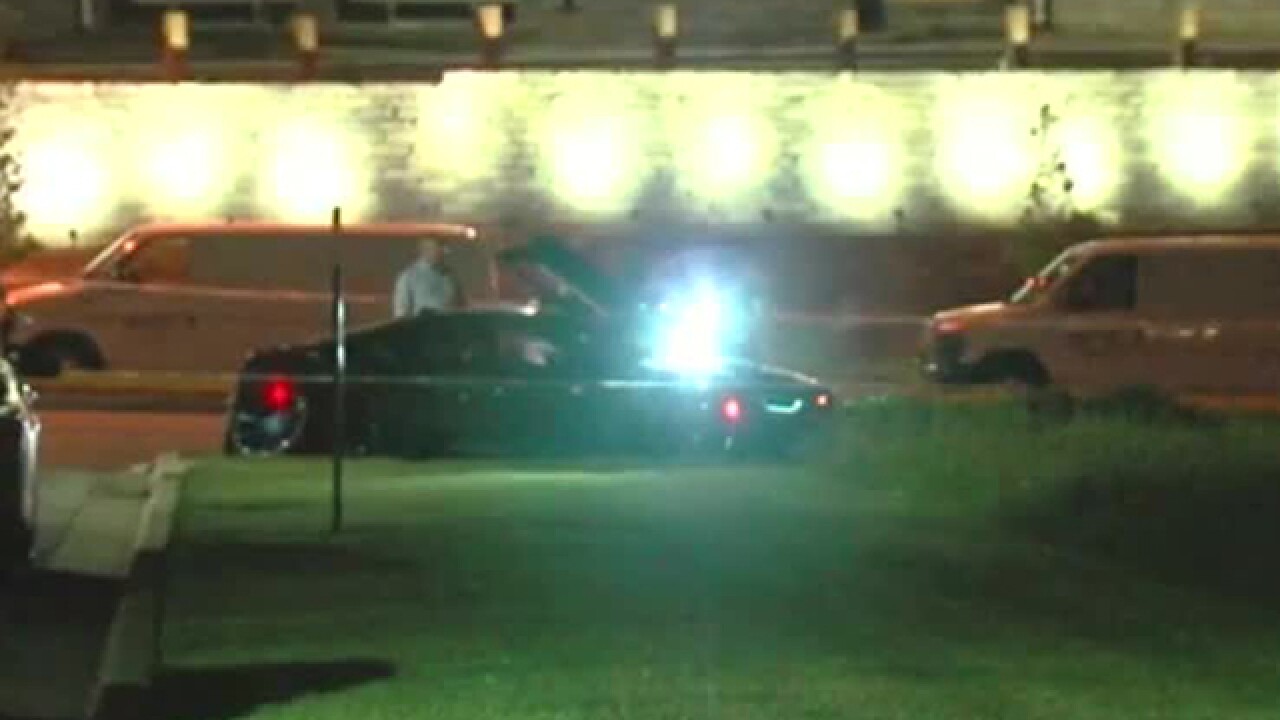 Copyright 2018 Scripps Media, Inc. All rights reserved. This material may not be published, broadcast, rewritten, or redistributed.
<p>Officers were dispatched around 8 p.m. to Northwest Barry Road and Marston Avenue in the Northland after a crash. When they arrived, police found a victim dead inside a car. Photo by Bob Smith/KSHB</p>

KANSAS CITY, Mo. — A suspect has been arrested in two non-fatal shooting in the Northland on Friday.

The individual is also a person of interest in a homicide at Barry Road and N. Marsten. Russell J. Fisk, 30, of Kansas City was found dead from apparent gunshot wounds inside a vehicle after a crash.

An hour later, police were called to the intersection of N. 111th Street and N. Campbell on a shooting.

Police located a victim shot at the scene.

A third shooting victim was located near N. 103rd and N. Main Street. That person's injuries were not life-threatening.

There's no word yet on what led to the shootings.