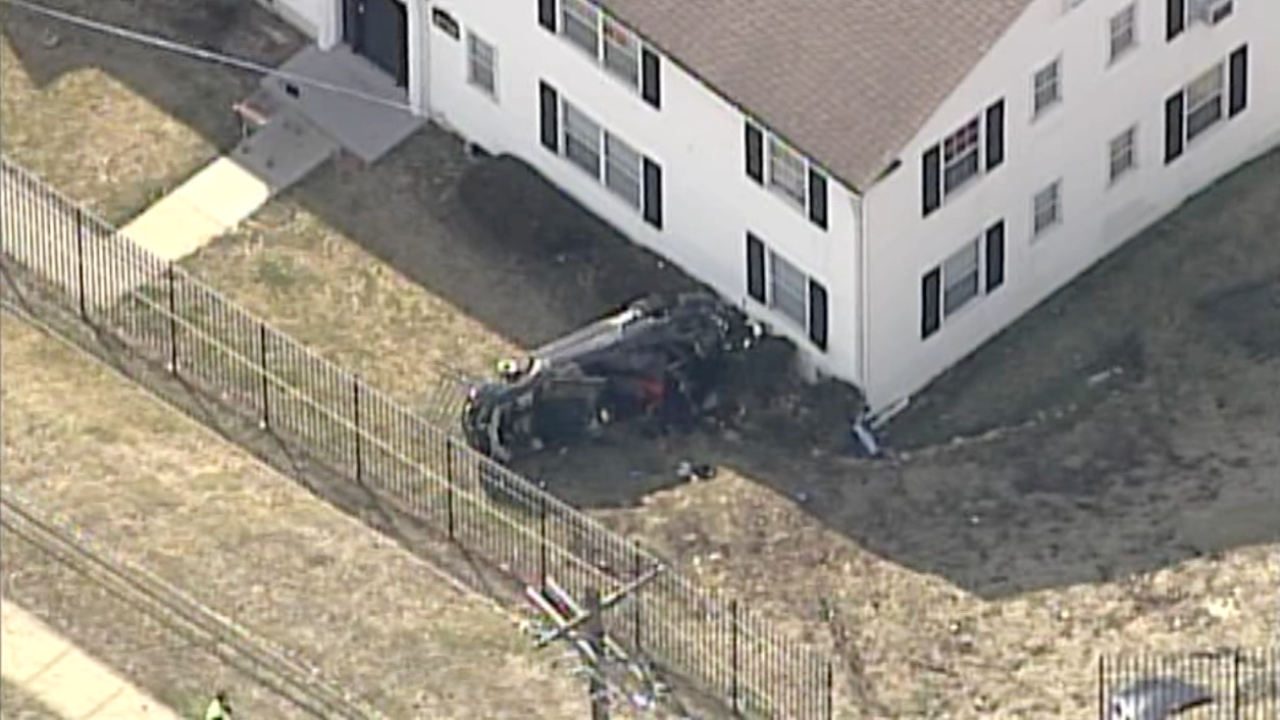 Copyright 2020 Scripps Media, Inc. All rights reserved. This material may not be published, broadcast, rewritten, or redistributed.
Skytracker

The driver, identified by police as Twashon Wilkins, 22, was wanted in connection to a homicide that occurred at the 6700 block of Monroe.

He rammed a KCPD patrol car during the chase, police said.

The suspect lost control of the car and crashed near East 46th Street and Cleveland Avenue.

The KCPD Accident Investigation Unit responded and determined the vehicle left the right side of the road, striking and shearing a wooden power pole.

The vehicle continued through a nearby wrought-iron fence nd eventually struck an apartment building.

The driver, who was not wearing a seat belt, was transported to a local hospital, where he was pronounced dead shortly after arrival.

Police found a gun at the scene of the crash.

Investigators will work to determine if the weapon was used in the homicide.

A woman was also in the suspect's car.

She was taken to a local hospital in serious condition, though her injuries are not life-threatening.

It is unclear to which homicide the suspect may have been connected.