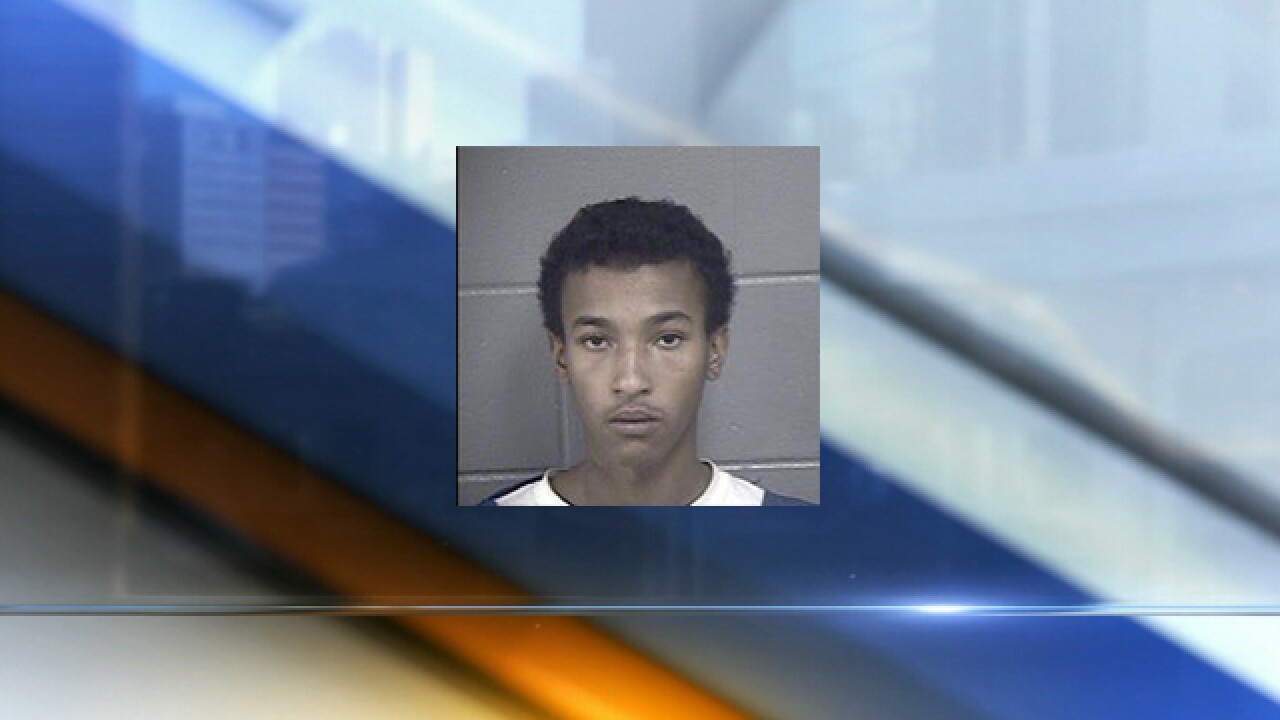 Copyright 2019 Scripps Media, Inc. All rights reserved. This material may not be published, broadcast, rewritten, or redistributed.
Taylor Mackey

KANSAS CITY, Mo. — An 18-year-old Kansas City, Missouri, man and his younger brother were charged with murder in connection with a shooting death last week in the 2600 block of Lockridge Avenue.

Taylor Mackey faces one count of second-degree murder and unlawful use of a weapon and two counts of armed criminal action in connection with the deadly shooting Aug. 27 of Isaac Brown.

His younger brother, a 15-year-old, also was charged in juvenile court with first-degree murder and armed criminal action.

The Jackson County Prosecutor’s Office said Mackey and his brother encountered Brown near East 38th Street and Prospect Avenue and walked with him.

According to court documents, Mackey told detectives that he believed Brown “was responsible for a prior shooting in which his brother was shot and wanted the victim to feel the same pain his brother felt.”

Mackey and his brother each shot Brown one time, according to a probable cause statement.

Prosecutors have requested a $300,000 cash bond for Mackey.