RICHMOND, Mo. — UPDATE | The man accused of stealing a car then breaking into the owner's in Richmond, Missouri is now in custody.

PREVIOUS | Police are looking for a thief who stole a car from Kansas City, Kansas, then broke into the victim's home in Richmond, Missouri.

The husband and father of two whose Ford Fusion was stolen did not want his name shared but said his car disappeared Monday afternoon from his office's parking lot in KCK.

"I mean honestly the first thought was a prank. I thought someone was just messing with me," he said.

But it was no prank, and moments later he realized his wallet was inside the car. The thief had his home address and his credit and debit cards.

When he checked his bank app, he saw a card was used at a gas station in Orrick. He then made his second call of the day to police.

"I called the Richmond police, and they arrived and were there, but I think they had just missed the guy," the victim said.

His house was ransacked. While he said most of the material items can be replaced, the thief got away with his wife's family jewelry.

The ordeal left neighbors on edge.

"I think it's in the back of their minds that they could come back and try to do it again. I think people are more aware of their surroundings now," Leroy Sinderson, who lives near the victim, said.

The crook wasn't satisfied with just the car and loot from the house; he also treated himself to a shopping spree. Police shared surveillance pictures of the man shopping at a Walmart near Liberty.

"Altogether between the debit and the credit card, he spent about $1,000," the victim said.

According to police, the suspect was no longer in the victim's car at that point. He was spotted on camera in a white sedan of unknown make and model. 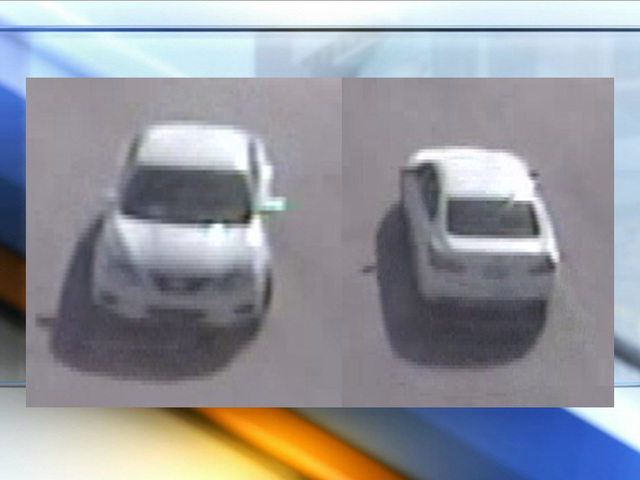 Photos of the white sedan the suspect was seen in.

Investigators are asking for your help to locate the man who stole from a family not once, but twice.

"It takes a special kind of person to do that," the victim said.