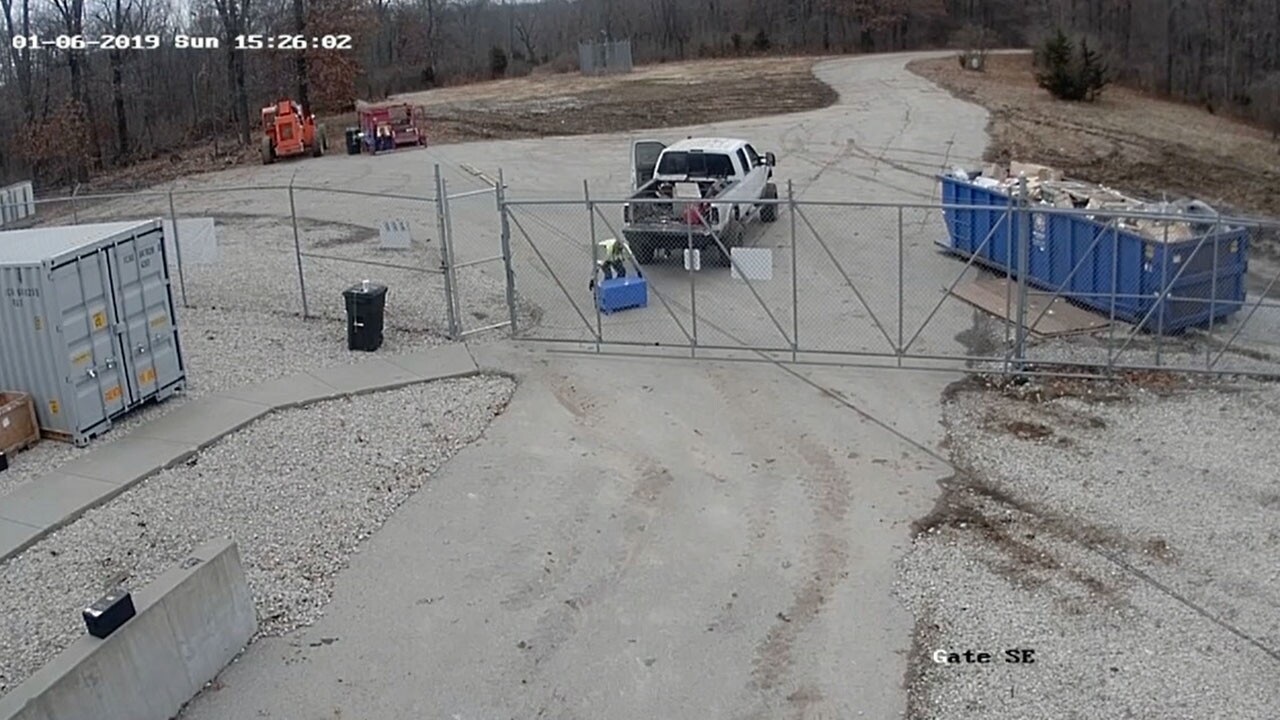 Our station is in the process of replacing equipment at the transmitter site for a transition required by the government.

Nearly 1,000 stations across the U.S. have to move their broadcast channels after the FCC auctioned off the spectrum used by many to repurpose for wireless companies.

Stations are assigned a particular timeframe to complete their frequency moves. Kansas City is in phase two of 10.

At our site, crews are making modifications to the tower structure as antennas and transmission line are replaced. They store the equipment they need to complete the job safely in containers when they’re not working.

A thief, caught on surveillance footage, used bolt cutters to access the site and took what he probably believed was a box of tools, but was really just safety equipment.

This theft has impacted work on the site until we can get additional equipment.

We reported the theft to police. If you recognize this man, his truck, or have other useful information please call KCPD’s non-emergency line at 816-234-5111.