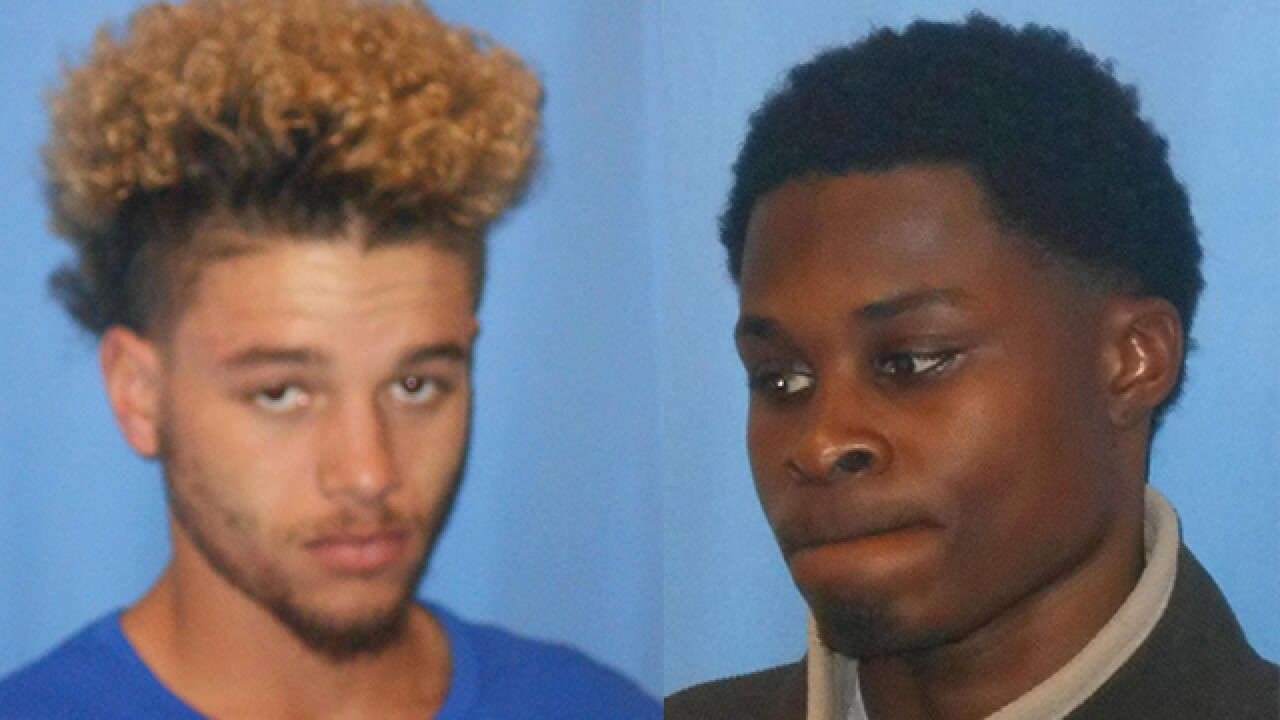 Copyright 2018 Scripps Media, Inc. All rights reserved. This material may not be published, broadcast, rewritten, or redistributed.
<p>Triston Withers, left, and Daquan Tolefree, right, are charged in Jack Price's death.</p>

KANSAS CITY, Mo. — Two men who witnesses and police interviews place at the scene of a deadly shooting in Blue Springs now each face murder charges, according to new documents released from the Jackson County Prosecutor's Office.

On January 12, Blue Springs police responded to a shooting call in the 100 block of NW Vesper Street. When officers arrived, they found Price on the kitchen floor. He was taken to an area hospital where officials pronounced him dead.

According to court documents, a witness told police two men with black ski masks came into the home and pointed a gun at someone’s head. When someone yelled to Price to get a gun, one of the men in masks shot Price, the documents said.

A witness identified 19-year-old Withers as one of the masked suspects, per the court documents. During the search of the crime scene, investigators found two shell casings and a cellphone on the back deck. Detectives connected the phone's number to Withers, per the probable cause statement.

During a police interview, Tolefree told detectives he was aware of a shooting and was with Withers in the home at the time. He said he and Withers ran outside after the gunfire.

Prosecutors requested $150,000 bonds for each suspect.