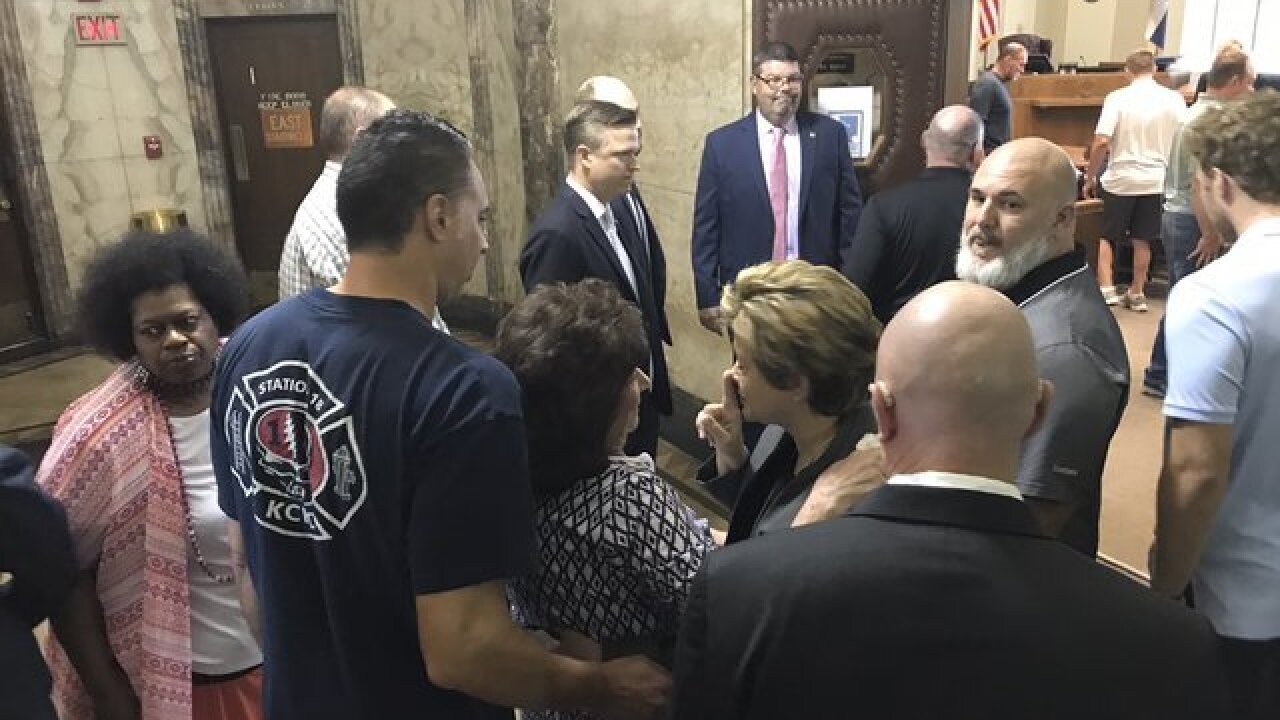 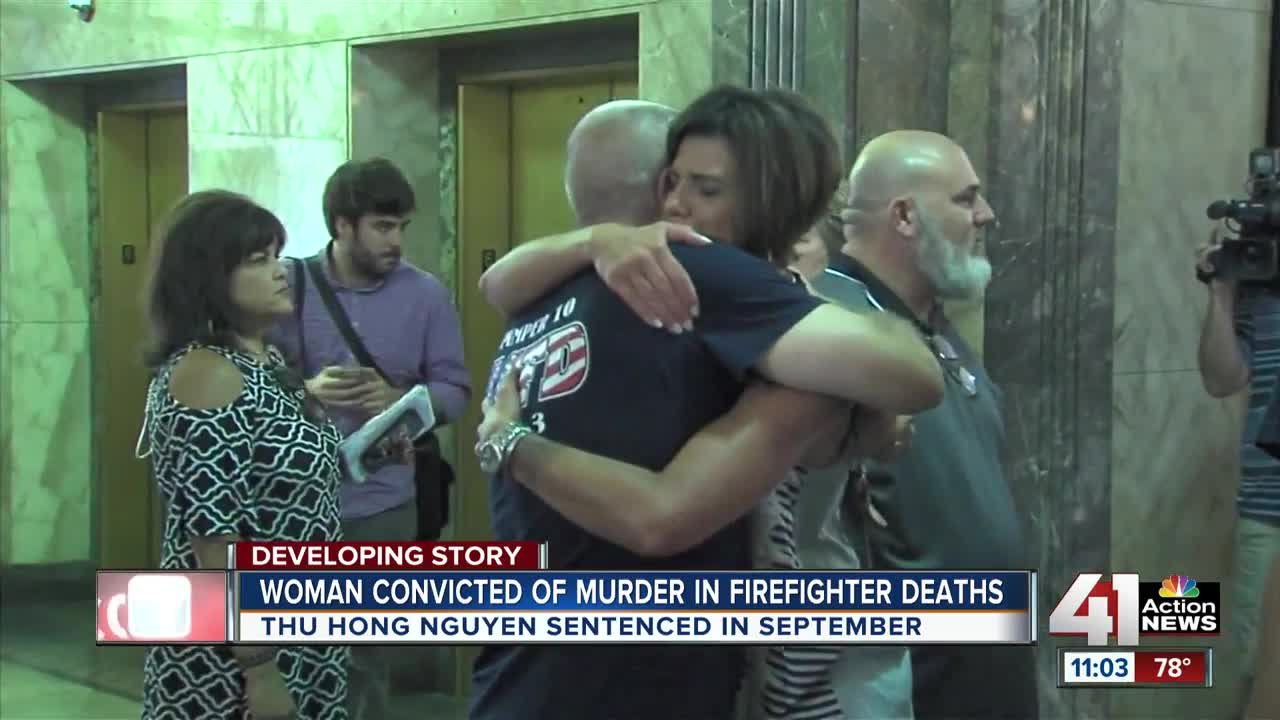 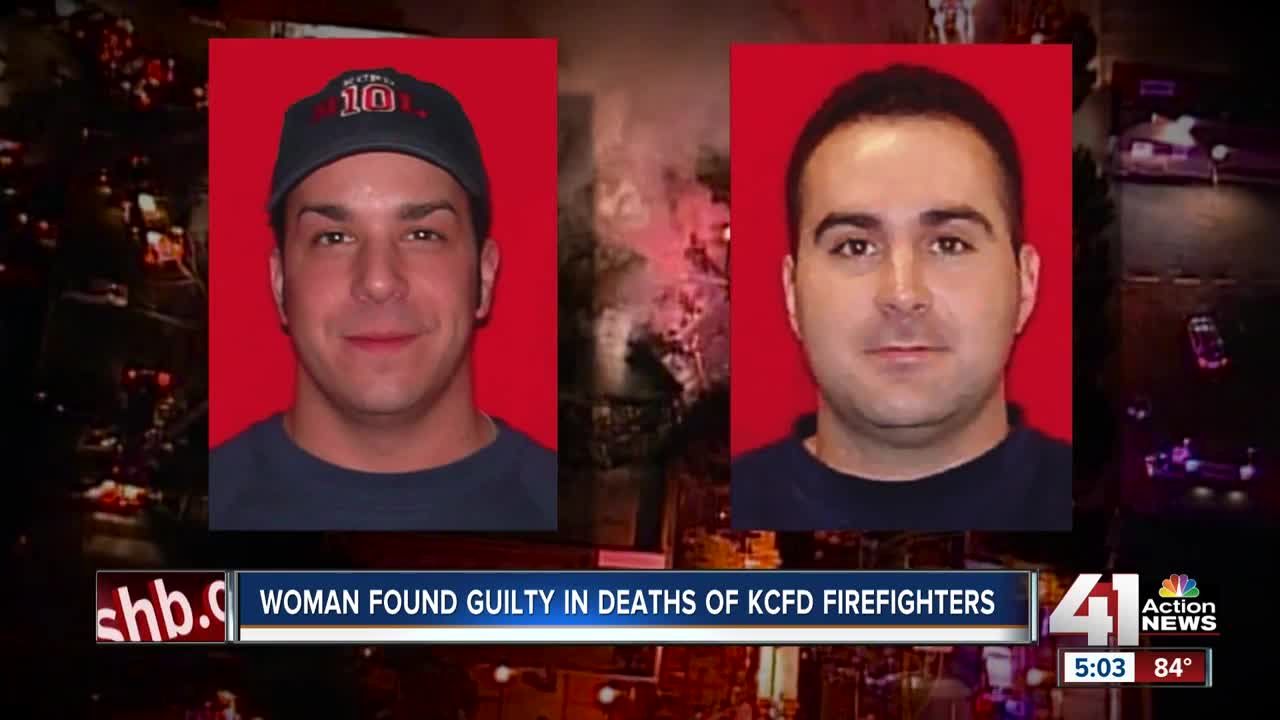 Judge Joel Fahnestock announced she found Thu Hong Nguyen guilty on two counts of second-degree murder, two counts of first-degree arson and two counts of assault in the second degree. The only charge Judge Fahnestock did not convict Nguyen of was causing a catastrophe.

According to court documents, Nguyen was the last person to leave her nail salon located on the bottom floor of a building on Independence Avenue the October 2015 night it caught fire.

Firefighters Larry Leggio and John Mesh died when a wall collapsed on them inside the salon as they tried to put out the flames. Two other firefighters were injured while working the fire.

"We just want to extend or a thank you to the prosecution team, the judge, all the hours the ATF and the attorneys have put into this case," Missy Leggio, the widow of Larry, said. "It answers a lot of questions that we've all had deep down in our hearts and has lifted a little weight off our chest to where we can finally continue on with our healing process."

The next step in the process will come in September when Judge Fahnestock will hand down Nguyen's sentence.

"Our community acknowledges, again, the incredible service of our firefighters, who every day take great risk to keep us safe. Unfortunately, the loss of these two firefighters and the injuries suffered by two other firefighters that night reminds of us of how dangerous their job is. We cannot forget their massive contributions to our community."

Nguyen's defense team did not say anything after the verdict was announced.

Since the case was heard as a bench trial, there was no jury.