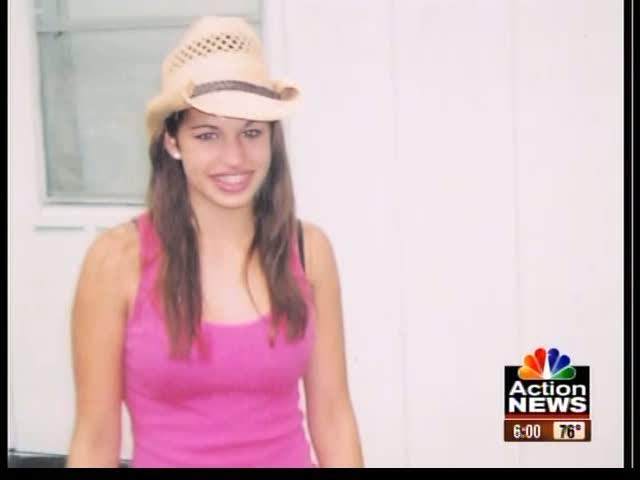 Kara’s mother was shocked to learn that Belton Police records put her daughter’s initial disappearance on May 2, 2007—two days earlier than she was publically reported missing. 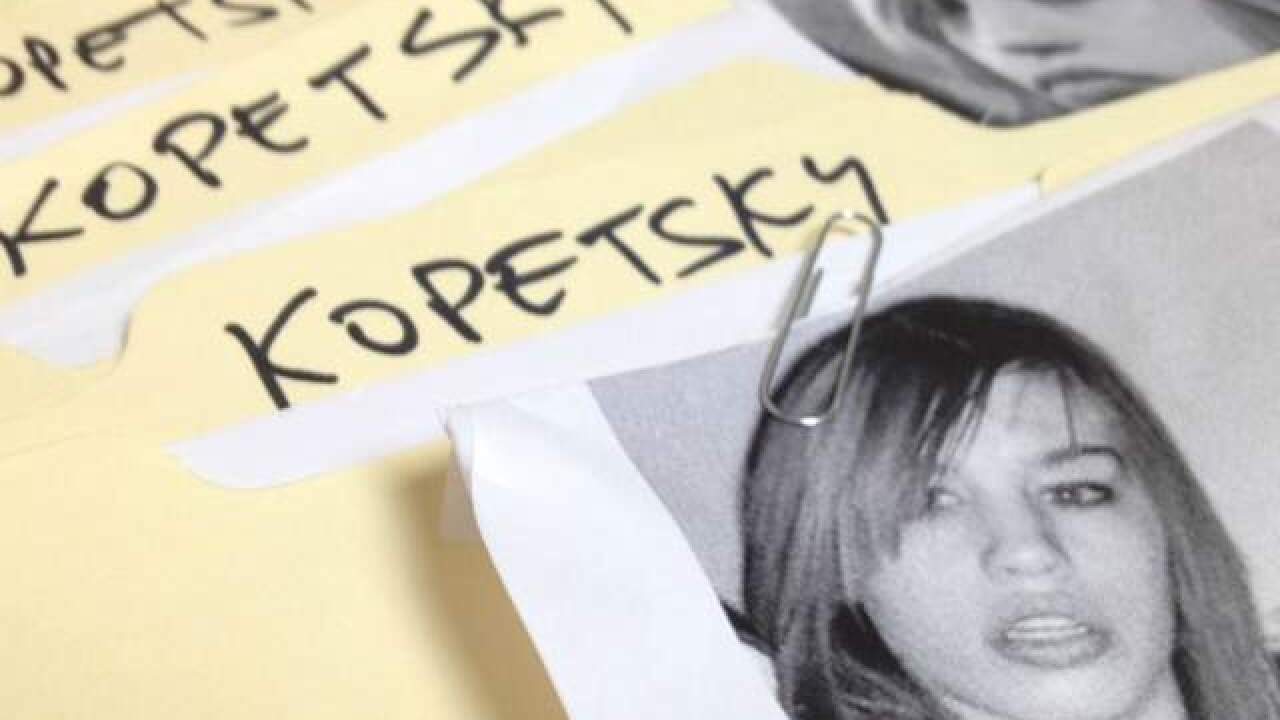 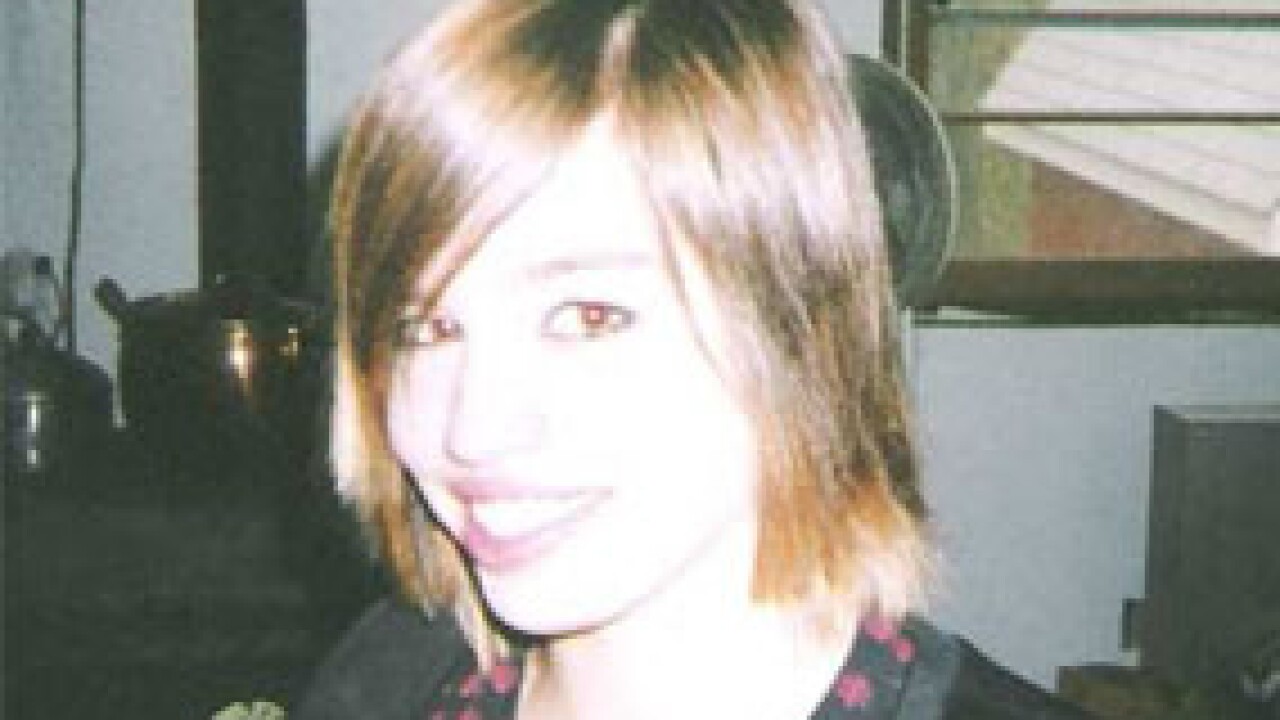 An NBC Action News investigation has uncovered new evidence in the Kara Kopetsky case, including a possible confession and disputed timeline .

This investigation is published in two parts.  To see our report on the disputed timeline click here.

Surveillance video from Belton High School shows the last known image of Kopetsky, 17 at the time, before she vanished May 4, 2007.

In the April 30, 2007 handwritten statement, Kara described abuse at the hands of Yust stating that he “kidnapped, restrained, one month ago choked me, December 6 had a knife and said ‘I’m going to slit your f------ throat.’”

Yust acknowledged in a 2007 interview that police considered him a suspect.

Belton police have said they have considered multiple suspects and aren't focused on solely on Yust.

They also say he has an alibi and passed a lie detector test.

Belton police won’t say whether they still consider Yust a suspect in the Kopetsky case.

Kansas City Police Patrolman Joshua Meierer began investigating leads in the Kopetsky case shortly after he arrested Yust for a similar attack on an 18-year-old girlfriend in July 2011.

That victim’s mother told police Yust drew a pentagram on her daughter’s forehead. The victim reported Yust choked her repeatedly until she was on the brink of passing out. The police report also stated Yust would punch her legs to prevent her from losing consciousness and then choke her again.

“I’ve killed people before, even ex-girlfriends out of sheer jealousy,” a report quotes the victim  as telling police Yust said during the attack. “I will kill you.”

Yust pleaded guilty to that attack.

“I killed Kara,” is what one Kansas City Police report states a man police consider a person of interest in the case told a witness in 2007.

The witness told Kansas City police he asked the friend to stop talking at the time because “he was scared to hear about a murder.”

The witness told police both he and his friend “were extremely intoxicated.” He also told police he does not remember details about the murder or a possible location of Kopetsky’s body.

A different witness told KCPD he saw a suspect’s truck heading south of Belton on Y Highway about noon on May 4, 2007, which would put the man in the Belton area shortly after the surveillance video showed Kara leaving Belton High School.

The witness declined to elaborate on his statement when contacted by NBC Action News, but acknowledged Belton Police did interview him about what he knows.

We uncovered one report where a witness told police soon after Kara's disappearance, a friend asked him for "a change of clothes and a pair of shoes," and that "police were wanting to question" the man. That friend is a person of interest according to police.

The witness says he and his father called the Belton Chief of Police but they never received a call back.

“Every police department should return every call it receives,” retired FBI agent Michael Tabman said. “On a high profile case like this, that's only elevated astronomically.”

“Perhaps that was the call that could have brought Kara home,” said Jim Beckford, Kara's stepfather. “You have to follow up on every lead.”

“These statements, that are pretty compelling, that [NBC Action News] had uncovered, instead of the [Belton] police department, I feel, indicates there was certainly a lack of investigative attention and this case did not get the due care that it required," said Tabman. “There were some serious missteps on this investigation. That might be indicative of not having the adequate training and man power.”

Belton police declined our requests for an interview.

“For anyone to critique this or any investigation without knowledge of all the facts would be irresponsible,” Chief Person wrote in an e-mailed police response. “Assumption, innuendo, and blame discredits the hard work and dedication of the people who have devoted themselves to finding Kara.”

The Beckfords said the new evidence brings back serious concerns about other evidence in Kara’s case that was ignored or withheld.

“All I wanted them to do was find my daughter and they've had four-and-a-half years to do it and they haven't,” Rhonda said.

The Beckfords said Kara’s backpack and debit card were left untouched in a school locker for more than a month after she vanished.

“The school didn't call, the janitor did,” Jim said. “He said if you don't come pick these up, we're going to throw them away.”

The Beckfords said police hadn’t searched the locker and didn’t show interest in the evidence until the after the Beckfords recovered it.

“There have been thousands of man-hours logged, and over 500 reports generated by our department alone,” Person wrote in the Belton Police statement. “The FBI has had personnel assigned to assist, and they have reviewed, consulted, and actively participated since 2007.”

A report obtained from the Pleasant Hill , Missouri Police Department says on May 11, 2009, two years after the disappearance, a man turned in a “clear plastic shoe box container” marked as “evidence received for Kara Kopetsky missing person case.”

The report said the box had been stored in an apartment rented by a person of interest in the case.

“The box contains notes, pictures, and other personal items belonging to a missing person, Kara Kopetsky,” the report says.

Kara’s mom had no idea about the recovery of her daughter’s possessions until now.

“Belton police never told me about that box,” Rhonda said. “I really don't feel like they want to find my daughter, I don't. I think they just want us to go away.”

“I feel let down,” Jim said. “I feel Kara has been betrayed.”

“I think they've not handled this properly,” Tabman said. “I think this would be better taken to another jurisdiction. Maybe the state police.”

Since Kara’s disappearance in 2007, the Beckfords have publically supported the Belton Police Department.

Now, they agree with Tabman, and say the case needs to be pulled from Belton.

Family members are losing hope that Kara is still alive.

An $80,000 reward is being offered for information leading to the return of Kara Kopetsky.

The family and Belton Police both ask anyone with information on the case to call the Tips Hotline at (816) 474-TIPS or to submit an anonymous tip online at http://kccrimestoppers.com.

The family has established two web sites to find Kara: http://www.searchingforkara.com and http://www.findkarakopetsky.com.

For more on this story, including how Kara's parents were angered by an alleged 'twisted timeline,' go here: http://bit.ly/uU23Oi

For updates on this case, follow@RussPtacek on Twitteror"like" Russ Ptacek on Facebook.

Copyright 2011 Scripps Media, Inc. All rights reserved. This material may not be published, broadcast, rewritten, or redistributed.