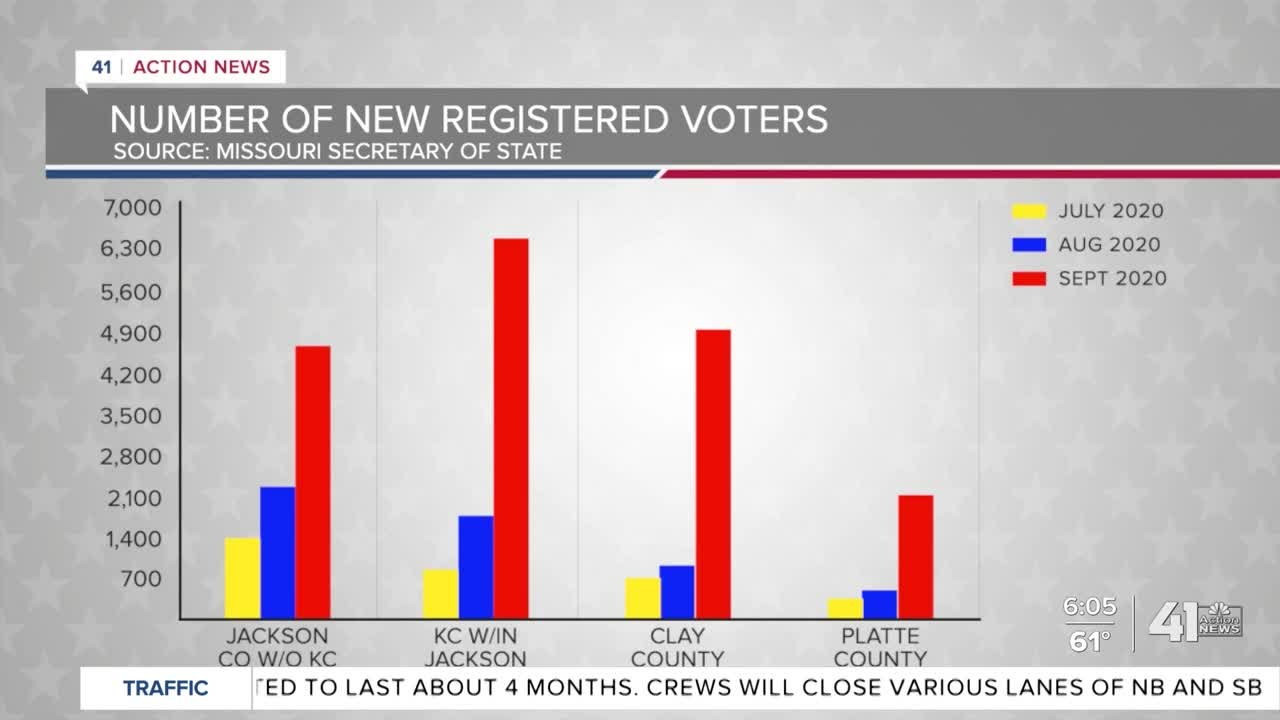 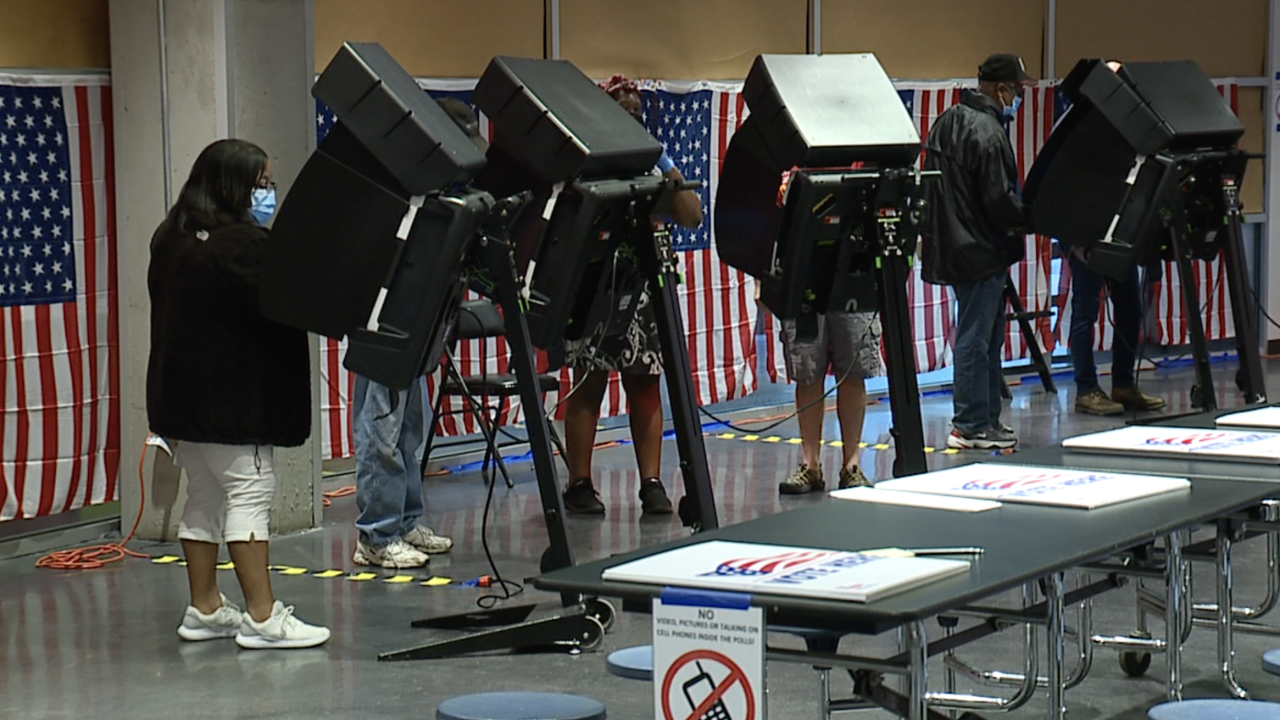 KANSAS CITY, Mo. — The number of people registering to vote in Missouri is surging as the general election approaches.

Wednesday at 5 p.m. is the deadline to register in order to vote on Nov. 3.

Elections leaders say there are several reasons to register beyond this being the first time voting.

Across the Kansas City area, elections offices have seen thousands of people register since July. 41 Action News obtained the number of registered voters for jurisdictions around Kansas City from the Missouri Secretary of State.

That data shows a spike in the number of new registrations in September for Platte, Clay, Jackson counties and the portion of Kansas City within Jackson County.

The part of Kansas City located in Jackson County had nearly 7,000 people register to vote in September. About 2,000 registered in August.

A spokesperson from the Secretary of State’s office said it’s typical to see a bump in the number of new voter registrations ahead of a presidential election. Local elections leaders say some of the numbers include people who have always been registered within their jurisdiction, but moved to a new address or changed their name.

Steve Kee is a member of a fraternity that hosted roughly 10 voter registration drives leading up to Wednesday's deadline. He said it’s important to vote.

“It’s wonderful, it’s a beautiful thing. Our parents fought for the right to vote and to be able to come out and do it, I had to do it,” Kee explained.

As for people who are already registered to vote, a record number of them are choosing to vote absentee or with a mail-in ballot.

For information on how to register to vote, visit 41 Action News' election guide.