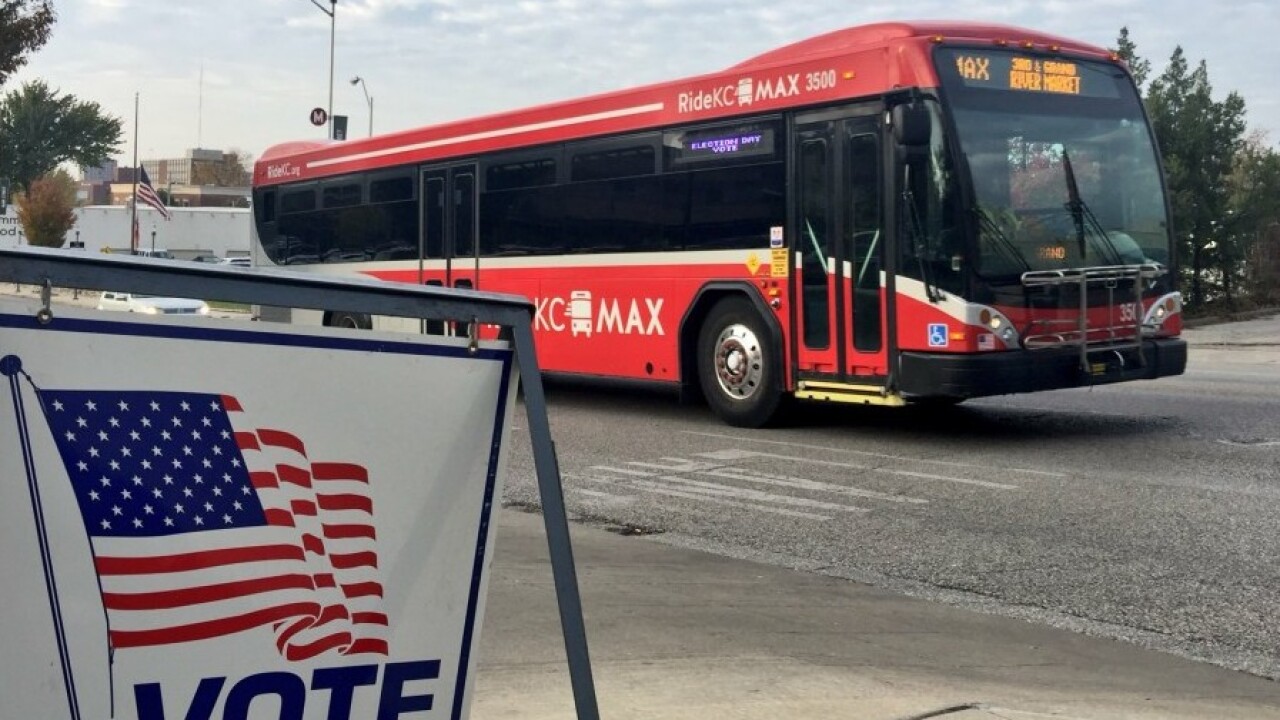 Copyright 2020 Scripps Media, Inc. All rights reserved. This material may not be published, broadcast, rewritten, or redistributed.
RideKC

KANSAS CITY, Mo. — With Election Day one week away, a new partnership announced Tuesday hopes to help voters get to the polls.

RideKC, in partnership with the Kansas City Chiefs and Patrick Mahomes’ 15 and the Mahomies foundation will offer free shuttle service on Election Day for voters to vote at Arrowhead Stadium.

Earlier this fall, election officials announced that Arrowhead Stadium will be an approved polling place for all registered Kansas City, Missouri, voters living in Jackson County.

According to the announcement, shuttle service will be offered every 30 minutes between 5 a.m. and 9 p.m. between the stadium and the East Village Transit Center, located near the intersection of 12th Street and Charlotte Avenue in downtown Kansas City, Missouri.

RIdeKC is also offering shuttle services for voters participating in advance voting. A complete list of routes and service times is available on RideKC’s website.