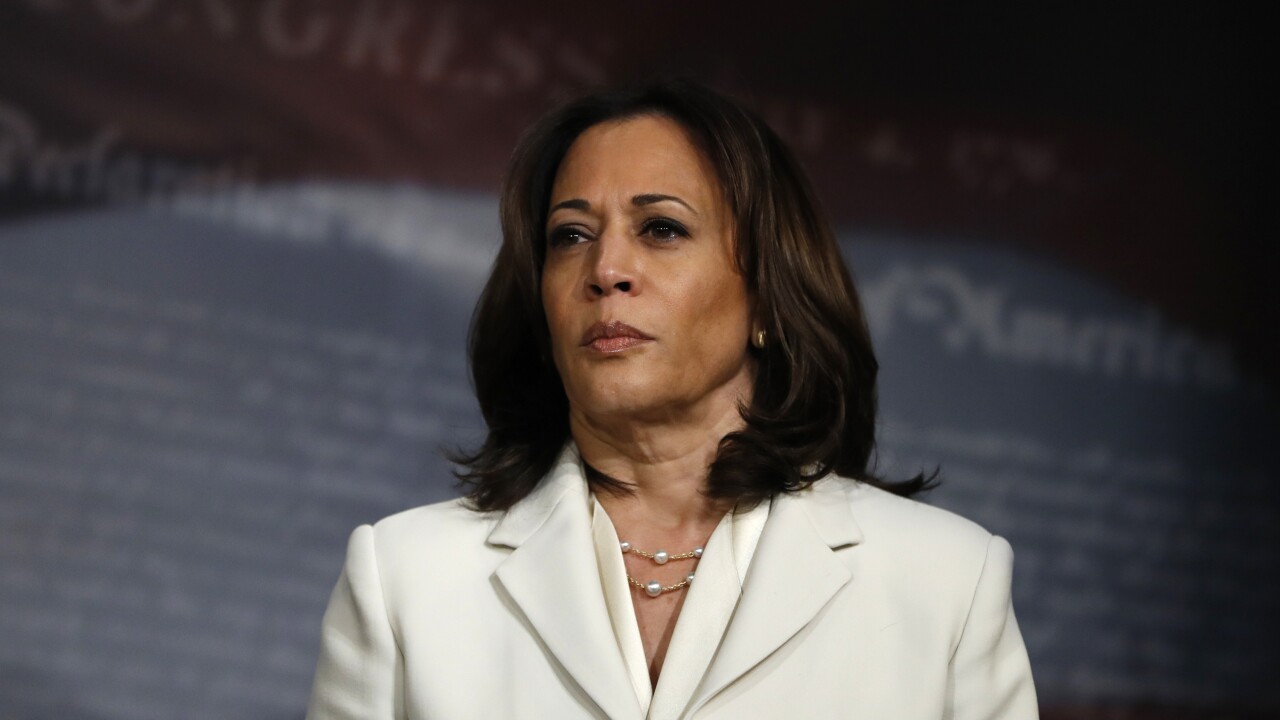 The group Have Her Back wants to make sure Harris receives fair coverage. It's made of women in leadership roles at Planned Parenthood, Emily’s List and other groups.

The group called out past coverage failures of women in politics, including reporting on their personal relationships, framing a woman's election chances by their "likeability" and commenting on appearance.

The Center for American Women and Politics says it’s important for outside groups to respond to attacks, as a force.

“Sometimes it's difficult for the woman herself to respond because it's perceived as whining and complaining, whereas if somebody else can step up and say as an outside person, there's a problem here,” said the center’s director, Debbie Walsh.

Walsh also says it's important for the media to check how they present stories.

“Not to be so concerned about the appearance of the woman candidate,” she said. “Not to talk about her appearance so much. Not talk so much about the tone and the tenor of her voice. Stick to the substance of who they are.”

A new trend we're seeing – a record number of women of color running for office and winning. Not just in minority-majority districts.

Walsh wants for these women to not only just get into office but hopes they will also be reelected.