Gun policy could dictate how Latinos vote in the election

Gun policy could dictate how Latinos vote in the election 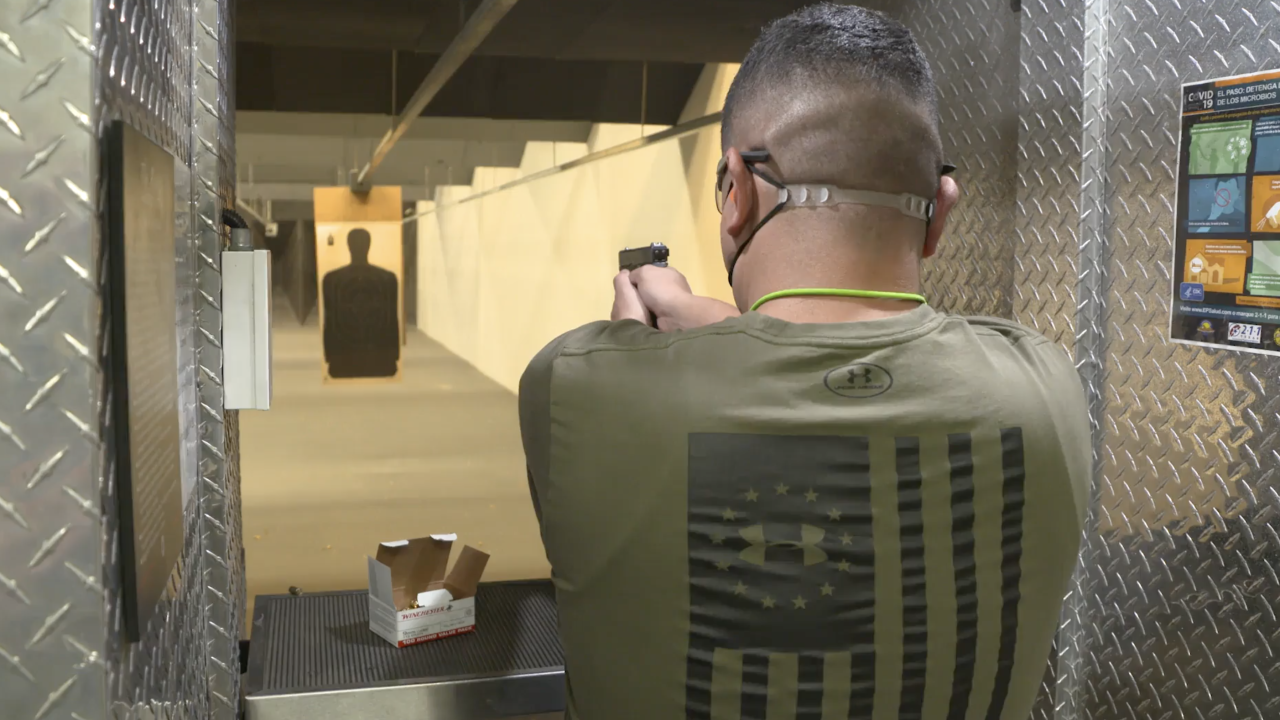 Gun policy has been a longtime devise topic but not usually a top issue among Latino voters. That is until this election.

In El Paso, Texas, a mass shooting that left 23 people dead and several injured has caused people to pay closer attention to gun policy and take a stance.

On Monday, we ran into Adrian Loera at Sportsman Elite. Loera was at the gun store practicing shooting his gun at the range.

“You never know when something is going to happen,” he said. “That is one of the reasons why I got my handgun license, because of the events that happened here last year.”

Loera is referring to August 3, 2019, when a gunman drove hundreds of miles to an El Paso Walmart, with the sole purpose of killing Latinos.

Last year's shooting changed a lot for El Paso. It robbed the community of a sense of security they once felt. Loera says he never thought about owning a gun before and now not only does he own a gun, he wants to make sure no one takes away his right to do so. His new beliefs would influence his vote this coming election.

While Loera’s views on gun policy have changed, the same horrible event had quite the opposite impact on Miranda Escobar Gregory. As she stands in front of the newly erected memorial for all 23 of the victims, she recalls the paralyzing fear she felt the day of the shooting. She says the entire city was locked down for hours.

“It’s not a need to have a giant machine gun or semi-automatic gun when you are just playing it safe,” said Escobar Gregory.

She wants assault-style guns to be banned at the federal level and a mental health screening as part of the purchasing process. In Texas, you can buy a gun as long as you pass a criminal background check.

Critics of a more restrictive purchasing process say there are other tactics that should be considered.

“Another law preventing or trying to prevent law abiding citizens from getting access wouldn’t have changed the outcome of that day,” said Richard Garcia, the director of training at Sportsman Elite.

Garcia says he is a proponent of decreasing all types of violence but feels as a nation, we need to get to the core issue of why these things keep on happening.

“I think we should be moving towards the actual root of the problem, which does back to the individual. What can we learn from the person who did this so we can prevent something like this from happening in the future,” said Garcia.

Garcia says conversations need to be had and arguments need to be worked through so that we can come to a compromise on how to best address the issue.

“I know there is no such thing as a perfect compromise, but that is what the laws in the books are for,” said Garcia.

Escobar Gregory says she will continue to fight for stricter gun policies and vote for those who will support her wishes. Meantime, people like Loera, who fear his right to own a gun might get a little more difficult, are rushing to get a license to carry and purchase a firearm.