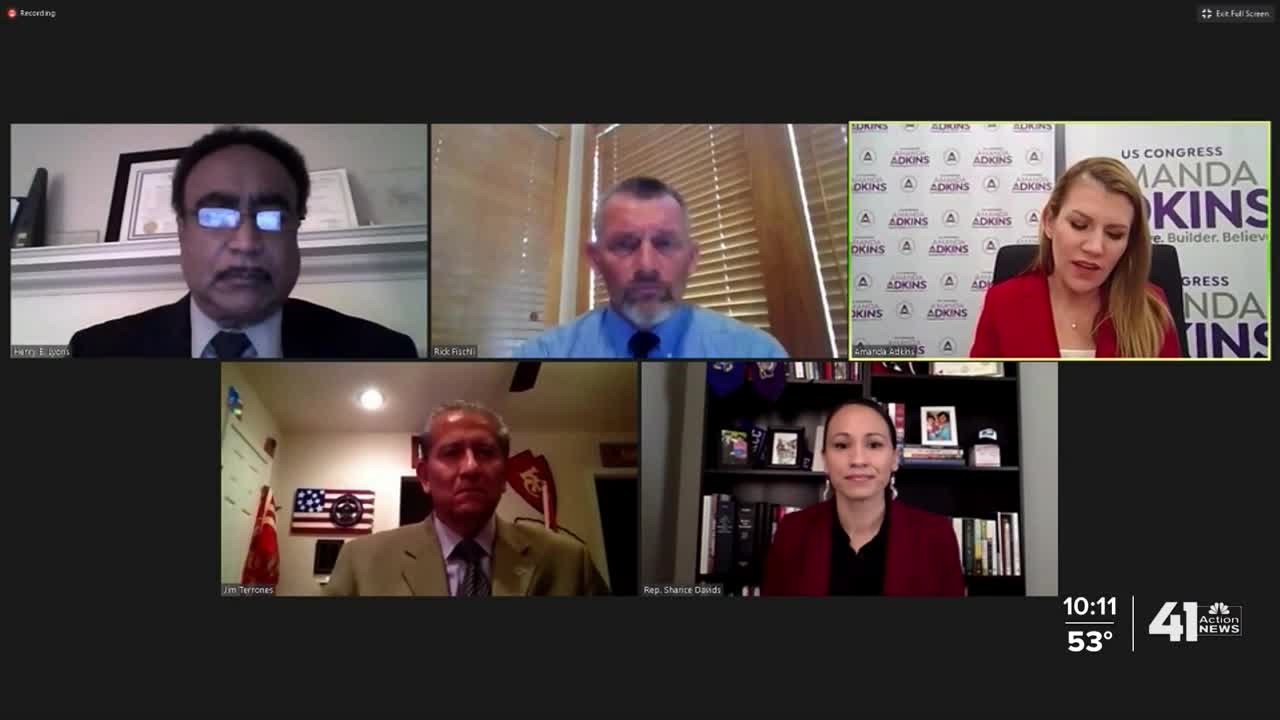 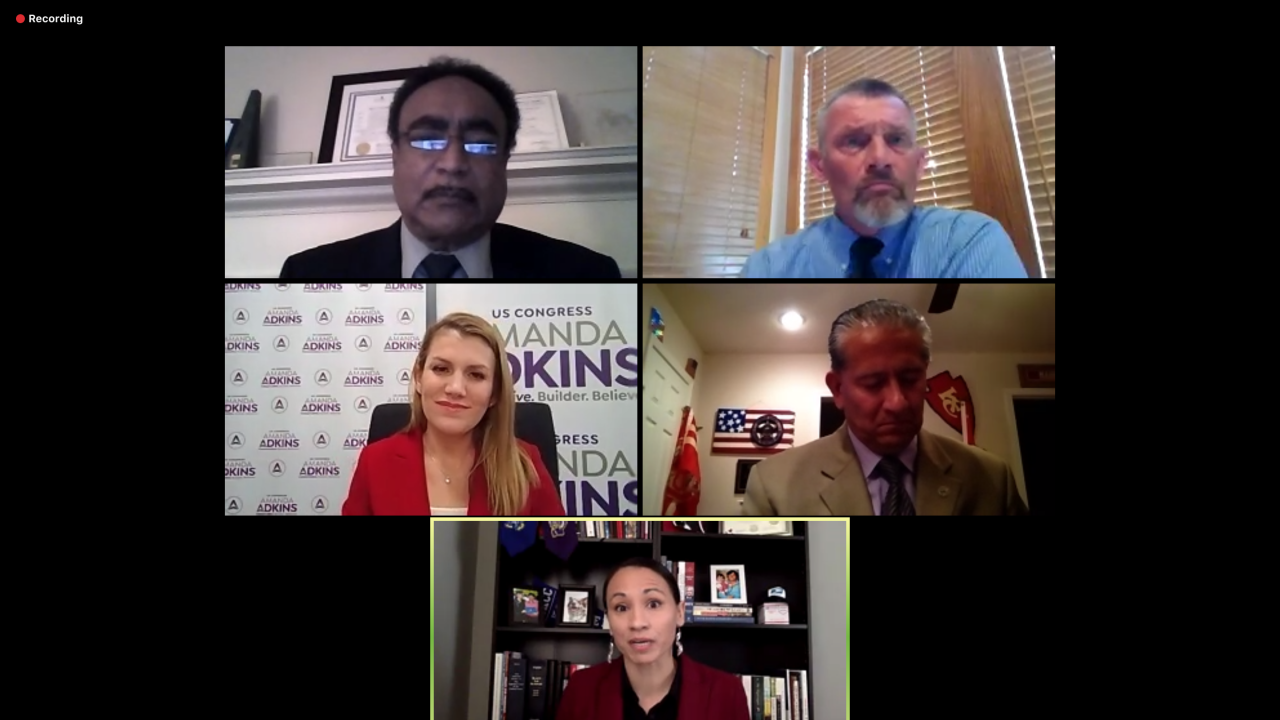 JOHNSON COUNTY, Ks. — Amanda Adkins and Sharice Davids, the candidates for Kansas' 3rd District for the U.S. House of Representatives, took part in the first debate hosted by the NAACP of Olathe, Overland Park and Leawood in partnership with the Olathe Latino Coalition and the Johnson County Latina Leadership Network for an historic first for Johnson County.

With the flip of a coin, Adkins, the Republican challenger, kicked off Thursday night’s debate by highlighting experience as a 15-year executive at Cerner before promising to improve health care by cutting costs through working with employers and health care providers.

Davids, the Democratic incumbent, highlighted her background as a first-generation college graduate, crediting her public education for the opportunity to work with the Obama administration and make her way to Congress. She also pledged to invest more in schools and affordable health care.

With a historically diverse council hosting, the night’s first question centered on what diversity, equity and inclusion meant to each candidate and why they are important.

“Many of you know who are probably watching that mortality rates around Black women when it comes to maternity and/or children that are born premature is a really big problem,” Adkins said. "This is a sad tragedy in this country that since 1973 in the Black community we’ve lost 62 million children ... to abortion, 40% from the Black community. I’m very proud of this race to be pro-life.“

Davids countered, "When I think about that and the issue that Miss Adkins brought up of the Black mortality rate an infant mortality rate, some of this is why I was so proud to support the Black Maternal Health Caucus in the U.S. House.”

“Amanda Adkins is a pretty heavy underdog in this race, so I think that what she needed to do in this debate was to try and reach out to people beyond the people who are already going to support her,” Harris said. “I don’t know that turning a question about diversity, equity and inclusion and turning it back towards abortion. … I’m sure that there are a lot of people who love that answer, but they are probably people who are already supporting her.”

From diversity to how the federal government can change the distrust towards law enforcement in racial communities, Adkins says the answer stems from valuing the police force and the Black, Hispanic and Asian communities. Davids says her advocating for transparency and accountability will accomplish that.

When it came to their approach to immigration enforcement along the U.S. Mexico border, both candidates stuck to party lines.

Adkins wants a longer wall and surveillance at the border, while Davids said the immigration system is broken but believes a wall and separating children from their families "cuts against American values."

Both candidates found common ground in not believing the Electoral College should be aboloished.