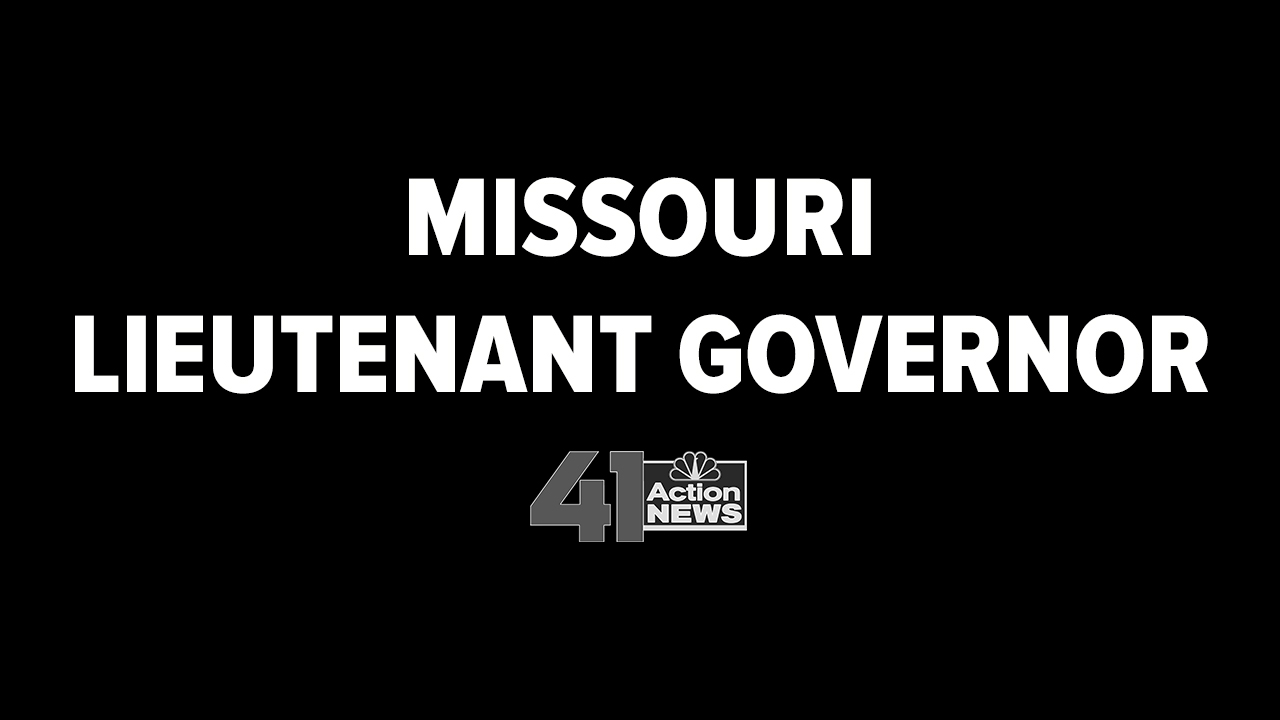 41 Action News wants to help you make an informed decision during the 2020 General Election on Nov. 3. We reached out to the campaigns of the candidates for Missouri lieutenant governor. Here's where Democrat Alissia Canady and Green Party candidate Kelley Dragoo stand on the issues. Republic Mike Kehoe did not respond to our request for an interview, while Libertarian Bill Slantz declined to go on camera. 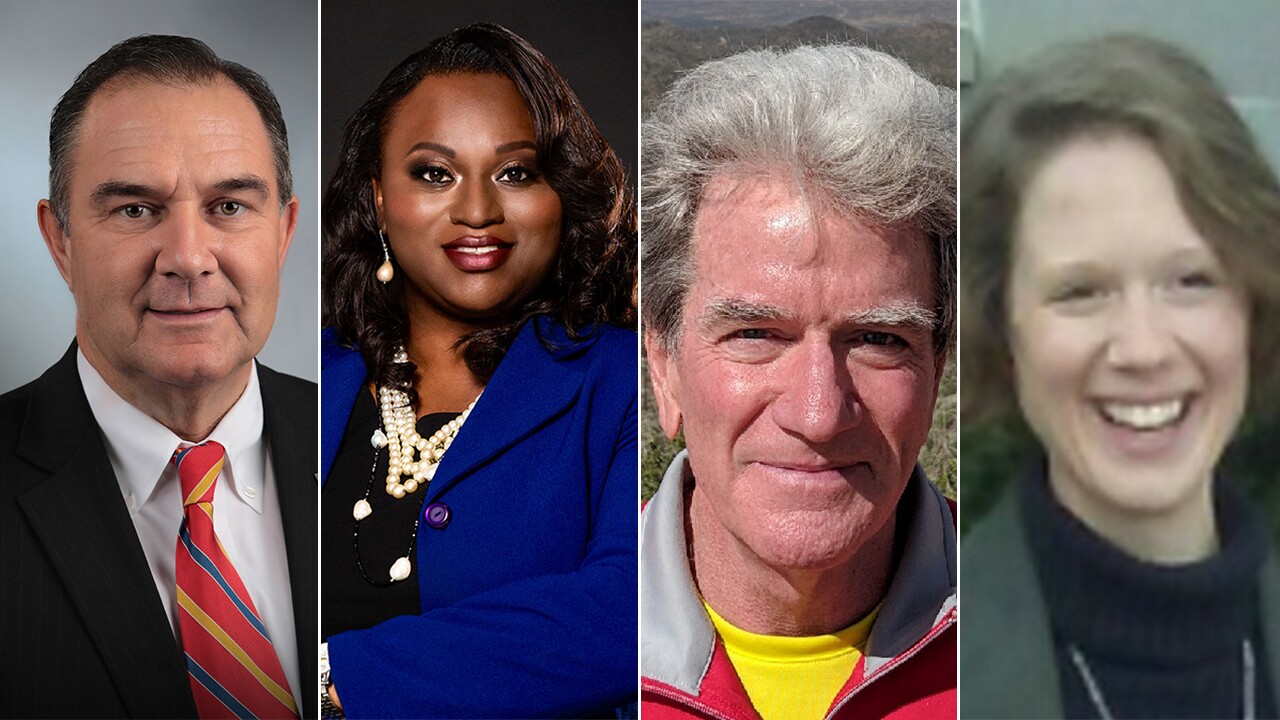 Kehoe's campaign declined our request to complete this questionnaire, so we compiled his answers to the best of our abilities based on past statements and actions.

Do you believe wearing masks should be a requirement, recommendation or neither?
Canady: Requirement
Kehoe: Answer unknown
Slantz: Neither
Dragoo: Requirement

What role should state officials play in the response to the COVID-19 pandemic? Information only, guidelines only, mandatory requirements for businesses but not individuals, mandatory requirements for businesses and individuals (subject to policymaker approval), or none of the above?
Canady: Guidelines only. "We are in a public health crisis and have a responsibility to prevent community spread. We also have to support the businesses that are impacted financially so that they aren't risking lives for a profit."
Kehoe: Answer unknown
Slantz: None of the above. "The government should stay out of these matters. They are not experts, advice and guidance should be provided by the experts."
Dragoo: Mandatory requirements for businesses and individuals, subject to policymaker approval. "It is the government's job to promote the general welfare and that means protecting the most vulnerable of us."

Many have credited the Paycheck Protection Program for saving many businesses and jobs across the state. Would you advocate the federal government to expand that program if conditions warrant?
Canady: Yes
Kehoe: Answer unknown
Slantz: No
Dragoo: Yes

If students return to the classroom in fall 2020, do you believe they should be required to wear masks?
Canady: Yes
Kehoe: Answer unknown
Slantz: No
Dragoo: Yes

Mark the mandates you support. Any mandate left unmarked will indicate you do not support it unless you check "Prefer not to answer."

Canady: Did not provide additional comment.
Kehoe: It is unclear exactly how Kehoe would answer this question, but according to the Missourian, "At his campaign announcement, Kehoe stressed his anti-abortion stance, promising that “protecting innocent life” is his No. 1 priority. He offered support to Missouri’s eight-week abortion ban, including its lack of exemptions for rape or incest."
Slantz: "I am personally opposed to abortion. I oppose government funding of abortions. I don’t believe there should be any specific law for or against abortion. I consider abortion to be murder and we have plenty of laws that already prohibit murder."
Dragoo: "Bodily autonomy for all."

Several U.S. cities are now discussing reallocating some police funding to other forms of public safety and community support, including to social services, mental health & addiction resources, housing, and health care. Do you support redirecting some funding from local law enforcement agencies to support other government agencies funded by local municipalities? Mark all that apply.

Canady: "I believe we have to be intentional about addressing the root causes of violence within our communities from a prevention, intervention and enforcement, which also means adequately funding all 3 areas."
Kehoe: Answer unknown
Slantz: "In a free society, crimes would be limited to aggression against persons and property, including fraud. So-called 'victimless crime' laws are incompatible with liberty. Drug laws today are among the most destructive, counter-productive, and anti-freedom laws on the books."
Dragoo: "People commit crimes out of desperation. We need to be allocating our resources to programs which remove that sense of dire need. Police don't prevent crime."

The Justice in Policing Act of 2020 could implement the following ways to reform policing and hold police officers accountable. Mark the mandates you support. Any mandate left unmarked will indicate you do not support it unless you check "Prefer not to answer."

The Kansas City Police Department is the only police department in the country that is governed by a state-appointed board of police commissioners. Do you believe KCPD should be under local control?
Canady: Yes
Kehoe: Answer unknown
Slantz: Yes
Dragoo: Yes

In July, the Department of Justice launched Operation LeGend, which directs federal agents from the FBI, U.S. Marshal Service, DEA and ATF to "surge resources to Kansas City to help state and local officials fight the surge of violent crime." It is also preparing to expand in St. Louis. Do you support the use of Operation LeGend in the state of Missouri?
Canady: Prefer not to answer. "It has not been determined the approach or impact this will have on communities of color."
Kehoe: Answer unknown
Slantz: No
Dragoo: No. "Federal officers should not be in our state."

What is the most important issue of this election?
Canady: "Voter engagement and making sure voters are informed, the economy and leadership. In that order."
Kehoe: Did not answer.
Slantz: "I believe in a limited government. Individuals should be free to make choices for themselves and accept responsibility for the choices they make. Each voter should cast their vote with this in mind. ...How can I reduce the size and scope of government?"
Dragoo: "Government accountability to the will of the people."