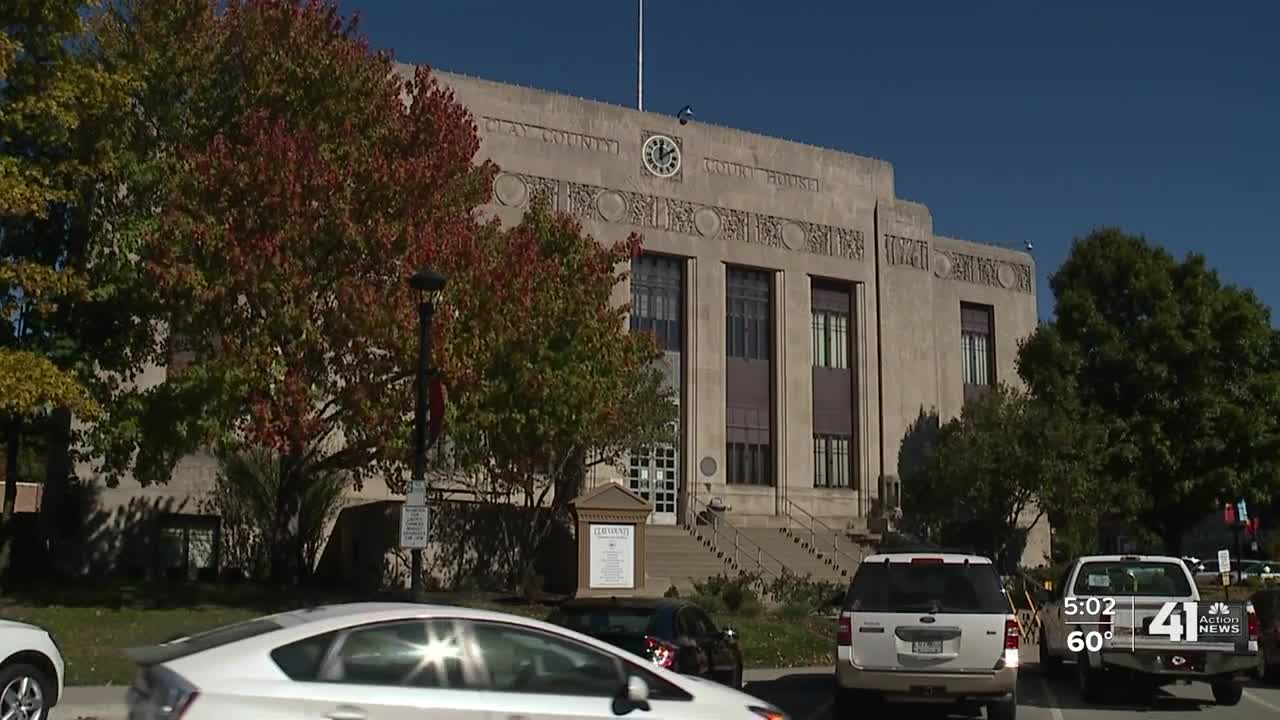 Voters in Clay County will vote on whether to adopt a new county constitution which hopes to change the structure of the county's government in the upcoming November election. 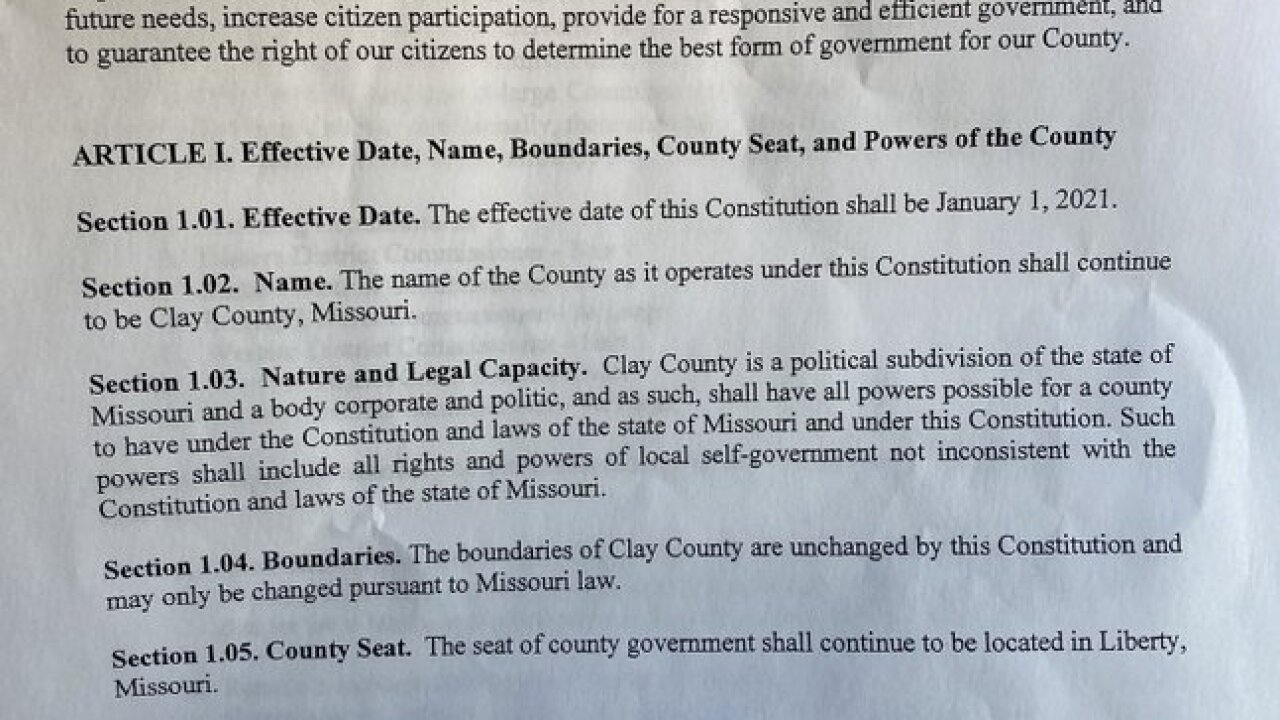 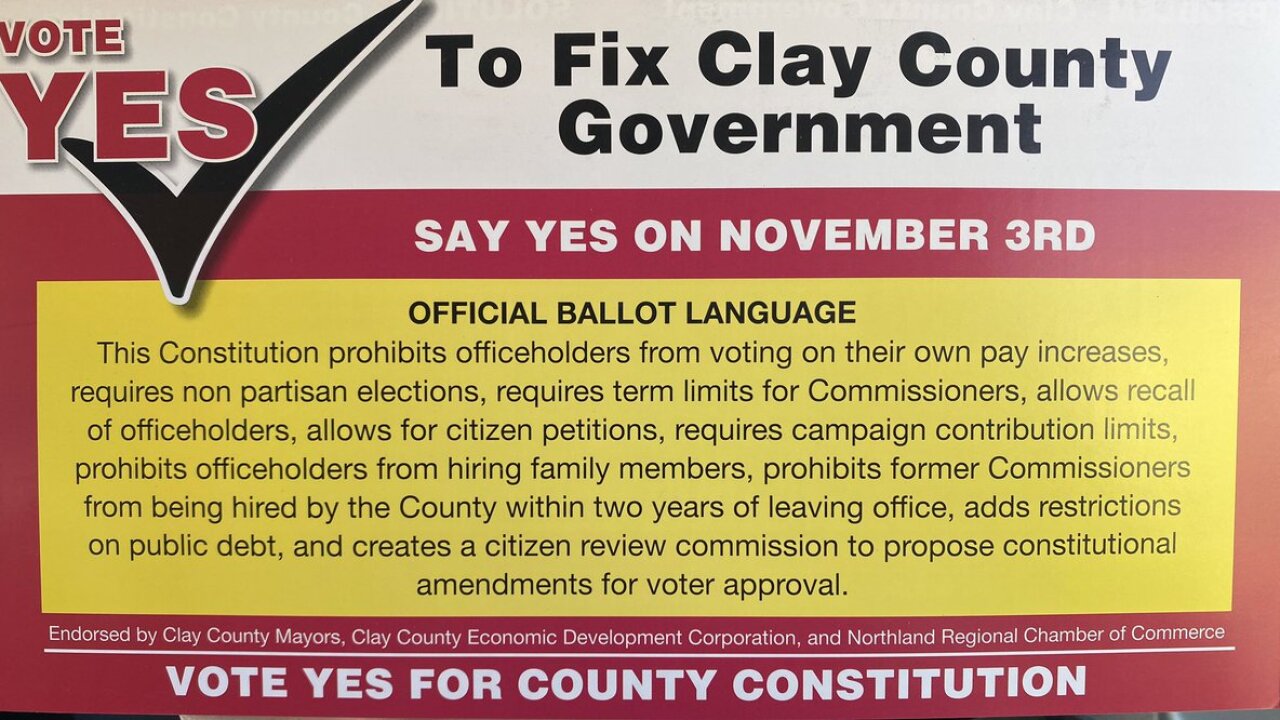 LIBERTY, Mo. — Voters in Clay County will vote on whether to adopt a new county constitution which hopes to change the structure of the county's government in the upcoming November election.

The constitution comes as some residents say the current government structure has been dysfunctional.

One of the main additions is expanding the current three member county commission to seven. The constitution also calls for a presiding commission along with two eastern district, two western district and two at-large seats.

"More like a school board or more like a city council so that you can’t have two people making all the decisions and pushing everything around," Connor said.

This proposal would also add term limits, prevents commissioners from raising their own pay, an avenue to recall politicians, make elections non-partisan and places restrictions on public debt among other additions.

"This is a long-term fix to try and put the county on a different path moving forward in the long-term," Connor said.

However this proposed constitution has some push back from some in the community.

"It gets rid of the elected officials for 5 of the 9 current elected offices that provide an independent watch over the county commission and it expands the commission," community activist Jason Withington said.

Withington wants to see change in the county government and agrees on the addition of county commissioners but doesn't think they will represent all of the county.

Withington also believes this plan on the ballot would take power away from voters and give it to county bureaucrats who would hire those positions voters currently elect.

"They hijacked the process, they took the voice away from the citizens, they didn’t listen to what the citizens said they wanted and they said we’re going to do it our way," Withington said.

Connor rejects that notion, "To suggest that more politicians are necessary for more honesty, that doesn’t make any sense to me," he said.

If approved, there will be a two-year transition period in putting the new constitution in place.
—