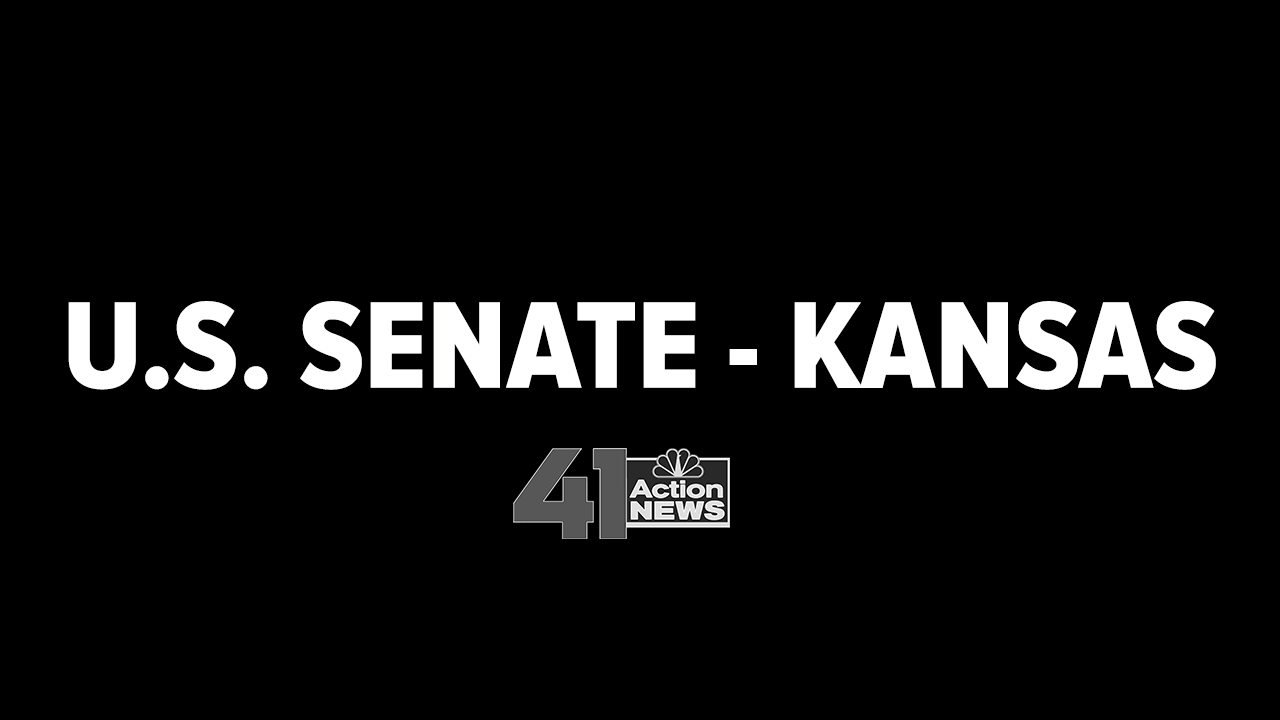 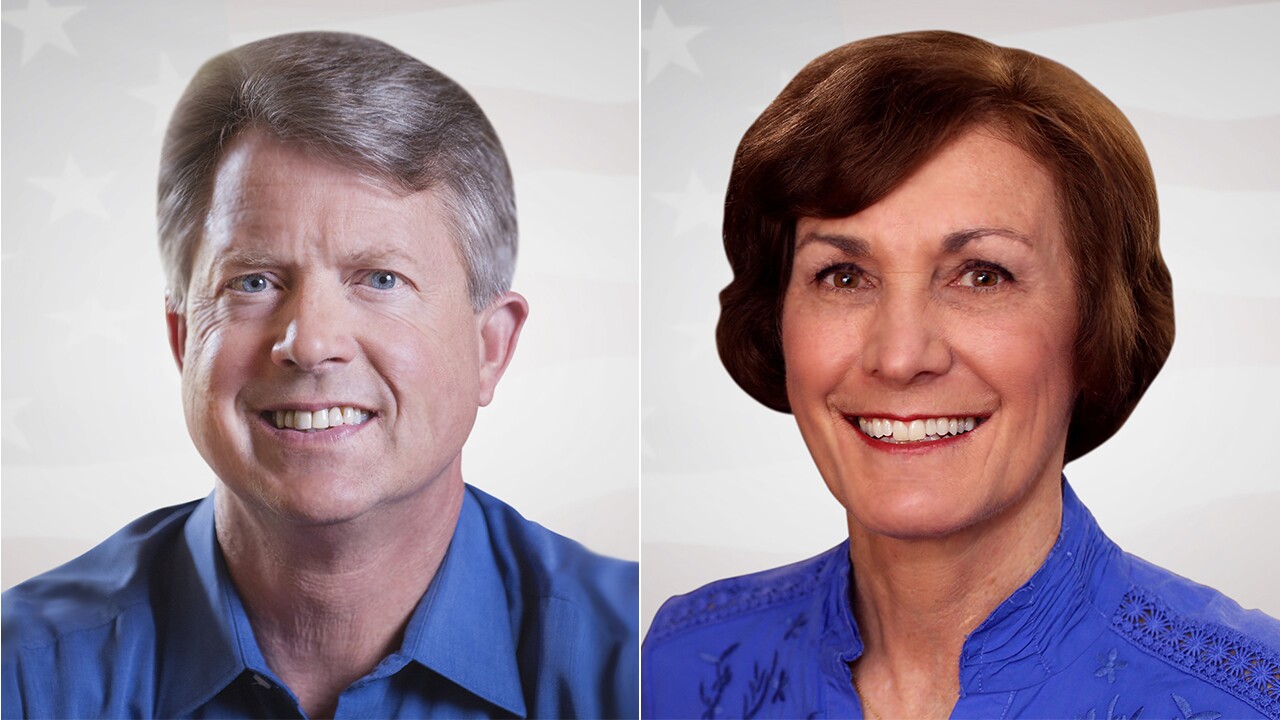 KANSAS CITY, Mo. — 41 Action News wants to help you make an informed decision during the 2020 General Election on Nov. 3. We reached out to the campaigns of the candidates for Kansas' United States Senate seat — Republican Roger Marshall, Democrat Barbara Bollier and Libertarian Jason Buckley.

Marshall's and Bollier's campaigns didn't respond to our requests to complete this questionnaire, so we've compiled those candidates' answers to the best of our abilities based on past statements and actions.

Gov. Laura Kelly announced a requirement for people to wear masks in public. Do you believe wearing masks should be a requirement, recommendation or neither?
Marshall: 41 Action News believes Marshall would answer "recommendation." During a debate recorded by The Wichita Eagle in June, Marshall said, "Of course I'm not going to be in favor of any federal mandate that states you have to wear mask. I think it is up to the individual. At the same time, I think that a place of business should have the right to say that we need you to wear a mask when you come in. That's why I honor the people who house I'm going to or whose place of business I'm going to. They may be trying to protect a person with an underlying illness. When you walk into a nursing home, I suggest you put a mask on so I think there's places to do it."
Bollier: While Barbara Bollier supports and recommends wearing masks in public, it is unclear whether she believes it should be a requirement or recommendation.
Buckley: Recommendation.

Should locally-owned small businesses receive a higher priority for CARES Act funding than publicly traded or multinational corporations?
Marshall: It is unclear how Marshall would answer this question, but following the announcement of $2 million in CARES Act funding to boost programs in Kansas, he said, "Local Kansas leaders continue to tell me about the need for support for small businesses to ensure they get through the ongoing impacts of the economic shutdown and keep Kansans employed and Main Streets alive. “By continuing to administer funds through the CARES Act, the Trump Administration continues to support Kansas business owners, making sure jobs remain in our communities and our economy continues its regrowth.” Marshall has also spoken highly of the Paycheck Protection Program, which was established by the CARES Act, saying, "It's one of the most successful programs the federal government's ever been involved with."
Bollier: It is unclear exactly how Bollier would answer this question, but when asked if she would advocate for expanding the Paycheck Protection Program, Bollier said, "Yes. One of the top priorities that we have had during this crisis is to get money to our businesses, and particularly our small businesses... I was really glad to see that in Washington, both sides came together and passed that much needed legislation."
Buckley: Marked "prefer not to answer," but commented "The CARES Act should have never passed."

Do you believe Americans should receive a second $1,200 Economic Impact Payment, otherwise known as a stimulus check?
Marshall: It is unclear how Marshall would answer this question. When asked by 41 Action News what financial help should the federal government provide for individuals, he stated, "I think the number one solution is to get people's jobs back... we need to do some type of continuation of federal programs for those who truly can't get back to work."
Bollier: It is unclear exactly how Bollier would answer this question, but in an interview with 41 Action News, she expressed support for extending unemployment benefits and hazard pay for frontline health care workers.
Buckley: No.

Considering the pandemic, do you believe K-12 classrooms should reopen in the fall?
Marshall: 41 Action News believes Marshall would answer "yes," but it's unclear if he would support a virtual option for students. During an interview with 41 Action News in July, he said, "Absolutely, our schools have to open this fall... The benefits of having students not go to school are very minimal. This COVID virus has such a small impact on children, but the risks of our kids not going to school is just huge... So many children depend upon the schools for their one good meal each day. I think about some other childhood issues, like child abuse and how our schools pick up problems like that, not going to school is going to create huge mental illness for our students, as well as, putting them behind in education. Beyond that the schools play an important part to our economy."
Bollier: It is unclear how Barbara Bollier would answer this question, but in a tweet, she suggested that the decision should be up to doctors on the coronavirus task force, the CDC, the KDHE, Governor Laura Kelly, local mayors, school boards and educators.
Buckley: No in-person or virtual classes. "People should choose what they wish to do in regards to COVID."

Do you support the repeal of the Affordable Care Act?
Marshall: 41 Action News believes Marshall would answer "yes." In an interview with 41 Action News, he stated, "both parties want to repeal the ACA. The difference is what they want to replace it with... I believe that Kansans know what's best for their health care, not the federal government."
Bollier: "Barbara Bollier does not support repealing the Affordable Care Act. The Affordable Care Act provides affordable health care for countless people across Kansas and the United States. She supports building on and strengthening the ACA in order to continue providing that essential health care, particularly during a pandemic." -Alexandra De Luca, Communications Director
Buckley: Yes. "Repeal ACA and replace with nothing."

We asked the candidates what kind of policies they support when it comes to abortion. While neither Marshall or Bollier provided an answer, we were able to find the following information on their stances during our research. Buckley answered the question with his quoted statement.
Marshall: It is unclear exactly how Marshall would answer this question, but his website states, "Congressman Marshall is staunchly pro-life and opposes all efforts to use taxpayer funding for abortions." It also says, "In Congress, Dr. Marshall co-sponsored bills that would: eliminate all taxpayer funding for abortions, defund Planned Parenthood, and make any abortion after 20 weeks illegal nationwide. Dr. Marshall is also a proud cosponsor of “The Heartbeat Bill,” and believes that life begins at conception, and should be protected and cherished from that point on."
Bollier: It is unclear how Bollier would answer this question, but in regards to women's health, her website states, she will "protect women’s privacy in their medical decisions, let women and their doctors determine what care they need without government interference, and ensure all women — no matter who they are or where they live — have access to basic healthcare."
Buckley: "Abortion is a 10th amendment issue. Overturn Roe V Wade and let states decide if they want Abortion to be legal or not. No funding should go to any organization that provides Abortions."

We asked the candidates what gun control policies, if any, they support. While neither Marshall or Bollier provided an answer, we were able to find the following information on their stances during our research.
Marshall: It is unclear how Marshall would exactly answer this question, but in an editorial in 2019, he wrote, "I have fought tooth and nail to stop the creation of red flag laws, “assault weapon” bans and buy-back programs intended to chip away at our rights. I believe all Americans have a right to keep and bear arms and I refuse to support legislation that would strip that right away from law-abiding citizens."
Bollier: It is unclear exactly how Bollier would answer this question, but according to a report by the Shawnee Mission Post, "Bollier spoke on her efforts to pass legislation restricting access to guns for people deemed to be a threat to themselves or others, such as the extreme risk protection order that she’s introduced three times. Nearly two-thirds of gun deaths are suicides, and access to a gun triples the risk of suicide, Bollier said. If gun laws restricted assault rifles and imposed limits on ammunition, the outcomes might change, she said."
Buckley: Selected "no gun control." Buckley's statement: "Shall not be infringed. Restore the 2nd Amendment."

Several U.S. cities are now discussing reallocating some police funding to other forms of public safety and community support, including to social services, mental health & addiction resources, housing, and health care. Do you support redirecting some funding from local law enforcement agencies to support other government agencies funded by local municipalities?
Marshall: 41 Action News believes Marshall would answer "no." In an interview with 41 Action News, he said, "I believe in the police. If anything, we need to give them more funding."
Bollier: 41 Action News believes Bollier would answer "no." In an interview with 41 Action News, she said, "To be clear, I do not support defunding the police. But what I do support is having reforms that would help in the inequities in our systems that do harm communities of color." She added, "We need to do things like fund early childhood education and initiatives and make sure people have access to childcare. We need to increase access to mental health treatment, which is why I've been such a supporter of Medicaid expansion in our station, and we have to do things like increase the number of substance use disorder treatment facilities, so that the police can focus on keeping people safe... and our police instead can just focus on protecting us from these violent offenders that come up."
Buckley: Selected "No."

Do you believe the 1964 Civil Rights Act should protect gay, lesbian and transgender employees from discrimination based on sex?
Marshall: Answer unknown.
Bollier: 41 Action News believes Bollier would answer "yes, with no exclusions." Her website states, she will "advocate for the passage of the Equality Act, which would prohibit discrimination on the basis of sex, sexual orientation and gender identity.
Buckley: No. "Repeal 1964 Civil Rights Act. Every person should have the ability to associate with who ever they choose."

We asked the candidates what immigration policy they support. While neither Marshall or Bollier provided an answer, we were able to find the following information on their stances during our research.
Marshall: It is unclear exactly how Marshall would answer this question, but his website states, "we must build a wall and fix our broken immigration system, and we have to turn off the magnets that attract, promote, encourage and allow migrants to enter our country under false pretenses."
Bollier: Answer unknown.
Buckley: Selected "prefer not to answer," but commented, "Open the border. End government-run health plans."

Should undocumented immigrants be covered under a government-run health plan?
Marshall: 41 Action News believes Marshall would answer "no." His website states, "we have to turn off the magnets that attract, promote, encourage and allow migrants to enter our country under false pretenses."
Bollier: Answer unknown.
Buckley: No.