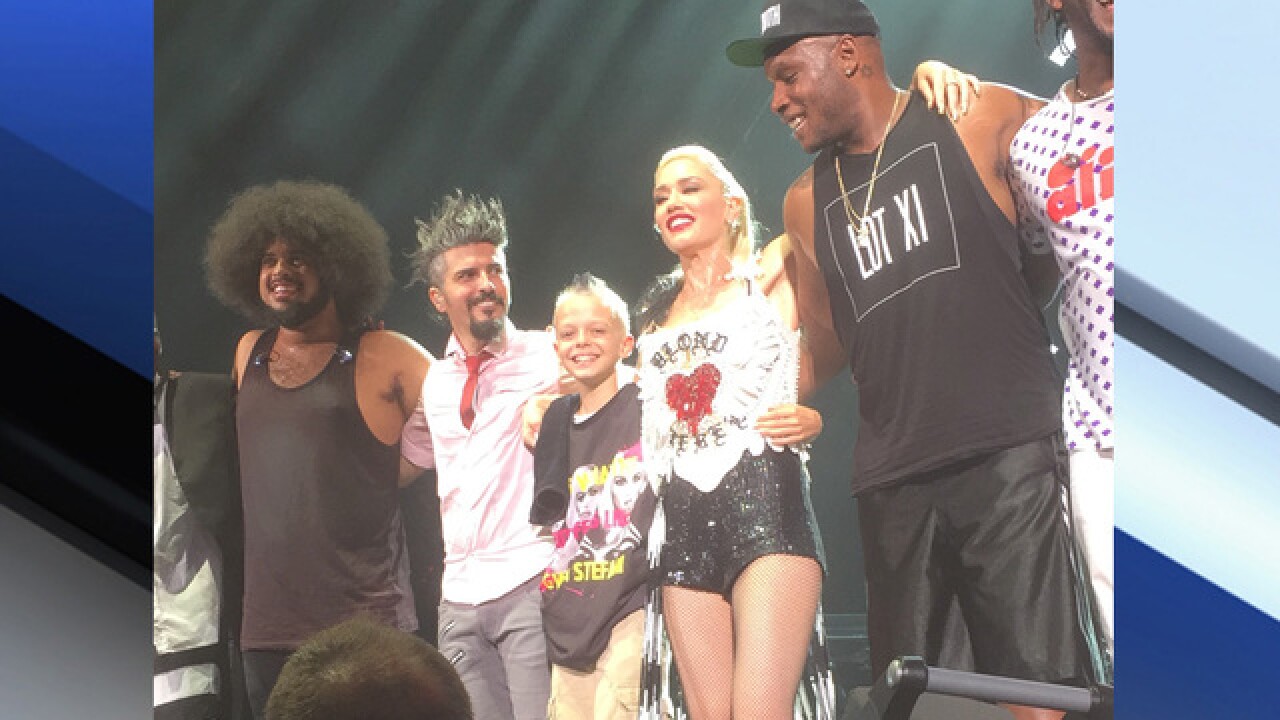 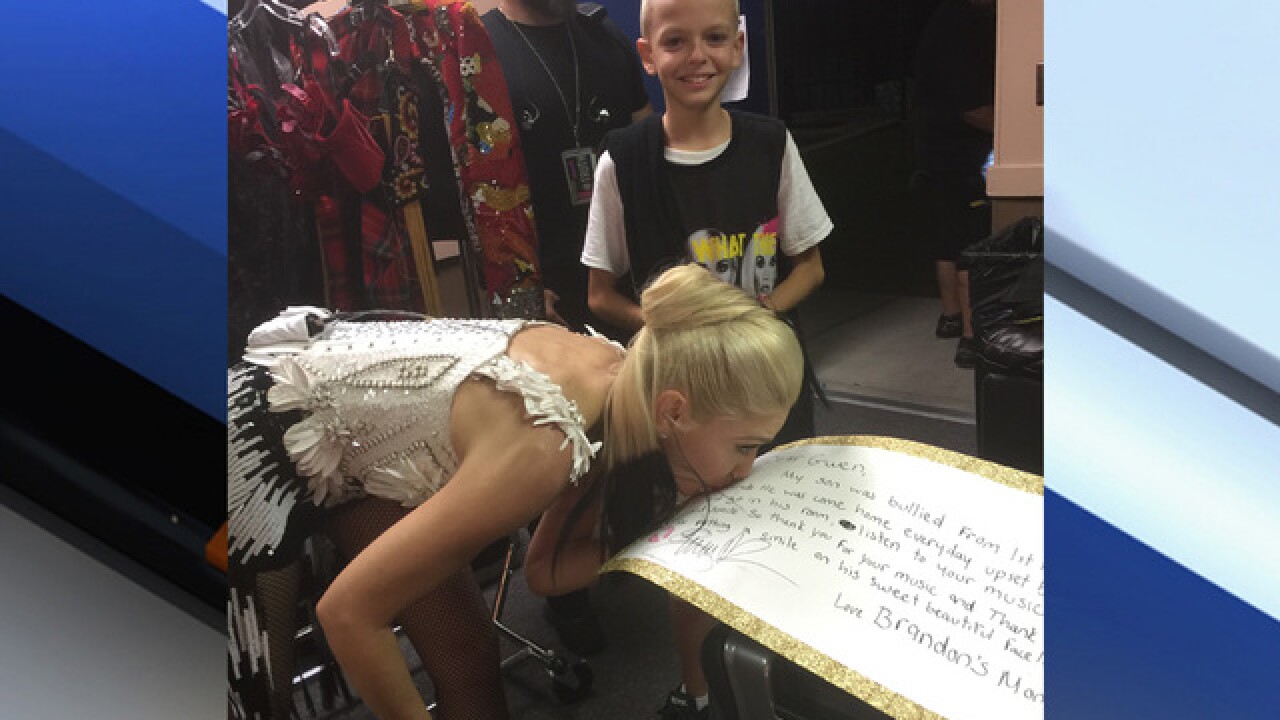 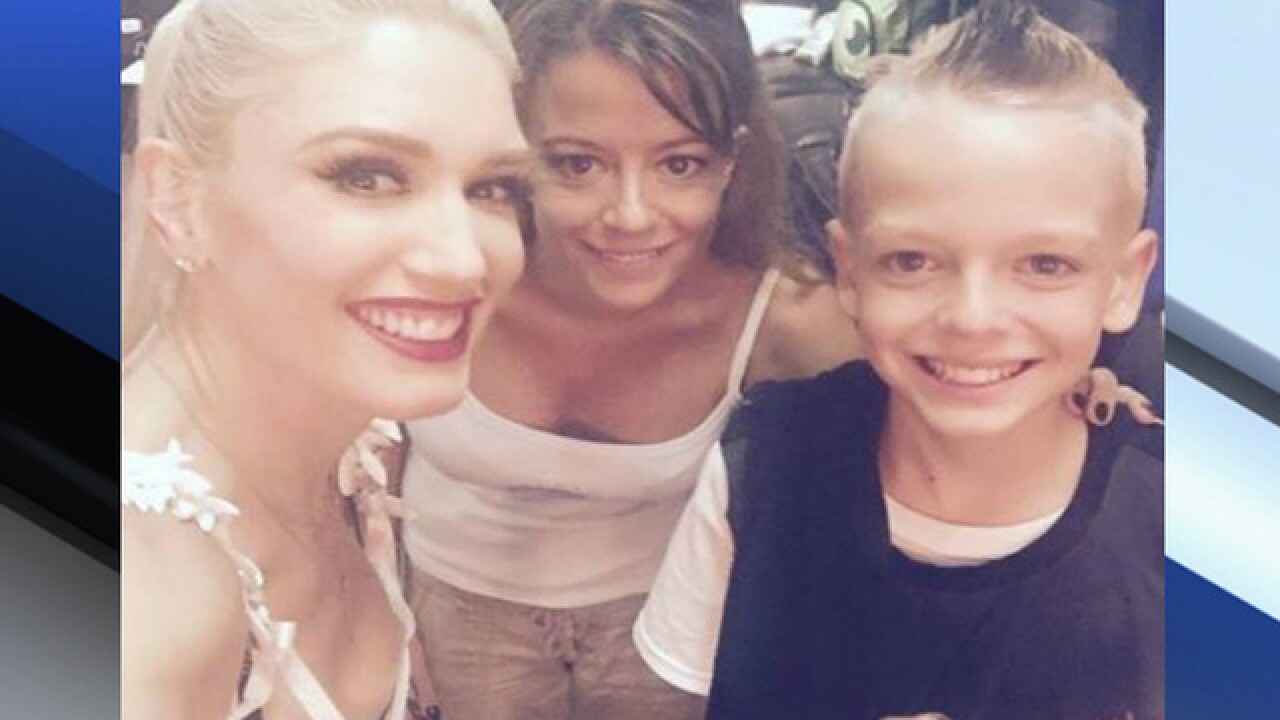 His mom told him to keep his head high. It was Gwen Stefani's music that helped him to do that.

On Wednesday night, the artist made 12-year-old Brandon Burford's dream come true in an emotional moment caught on video.

It was a once in a lifetime moment for Brandon. Stefani grabbed the sign his mom wrote, telling thousands of fans the story of how her music helped Brandon through being bullied.

"I cried more when she told me to get up there," said Brandon. "I didn't think it was really happening, it was unbelievable."

The 12-year-old boy said he was bullied every day in school for five years.

"To see him come home upset from school and then to put on her CDs, to see him dancing and sing with a smile on his face," said Marie Burford as she described how Stefani's music made Brandon's troubles go away.

The music made him dance and sing and, most importantly, smile.

"I told him if she ever toured with No Doubt or by herself that I would get him tickets to the front row no matter what it took," said Burford.

Finally on Wednesday night, she was able to make that happen for her son. And then a miracle followed when Stefani noticed her sign and invited Brandon up on stage.

"Last night was his moment. All about Brandon. Rockstar," laughed Burford.

Backstage Stefani kissed Brandon's sign and autographed it. Brandon said he's framing it. He was still wearing his concert wristband on Thursday and the T-shirt he had on when Stefani hugged him. He said he's never taking it off.

Brandon said he will never forget the moment he met Stefani and she invited him on stage. Burford will never be able to thank her enough for what Stefani has done for Brandon.

"She means a lot and I wanted her to know that from one mother to another," added Burford.

Both mom and son will be on The Now South Florida Friday at 4 p.m.

A video posted by Gwen Stefani (@gwenstefani) on