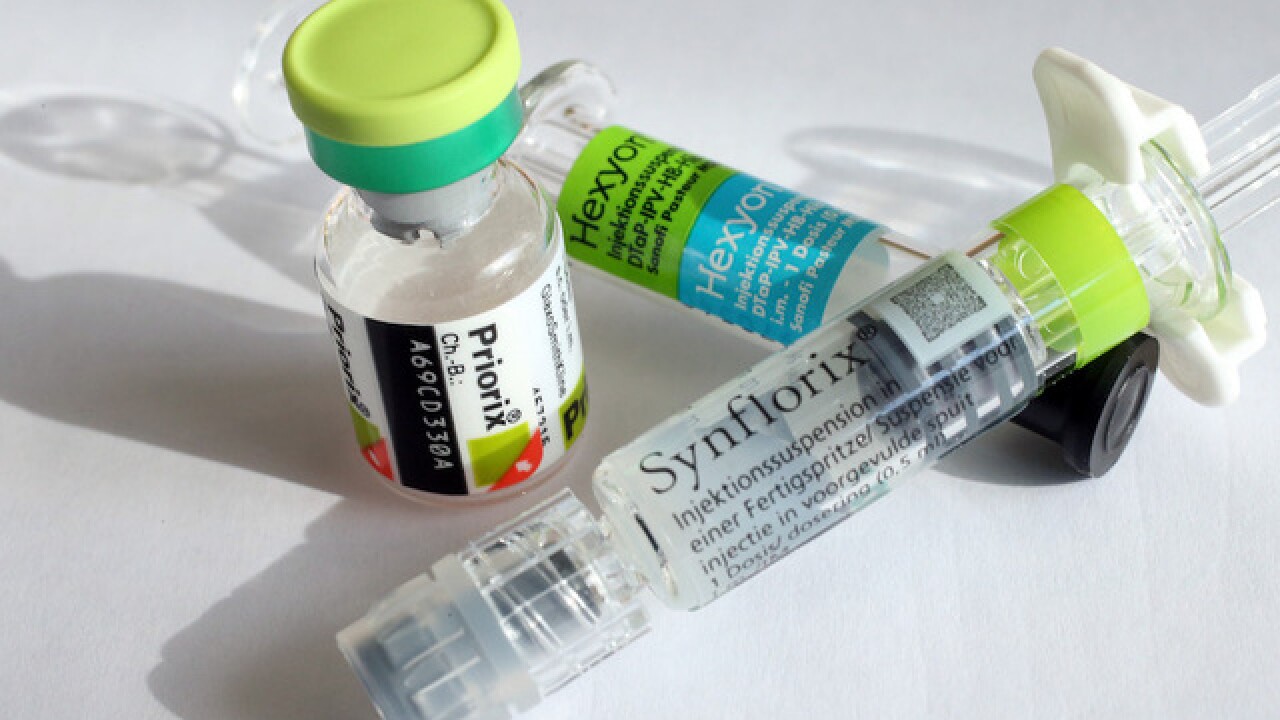 Copyright Getty Images
Sean Gallup
<p>BERLIN, GERMANY - FEBRUARY 26: Vials of Priorix, Synflorix and Hexyon children's vaccines, which combat diseases incuding mealses, mumps, rubella and chicken pox, stand on February 26, 2015 in Berlin, Germany. The city of Berlin is facing an outbreak of measles that in recent weeks has led to over 700 cases and one confirmed death of a little boy who had not been vaccinated. Vaccination in Germany is not compulsory by law though the vast majority of parents have their children vaccinated. (Photo by Sean Gallup/Getty Images)</p>

Children with autism spectrum disorder are significantly less likely to be fully vaccinated than children unaffected by autism, new research finds. And the same is true of their younger sisters and brothers.

"This study is showing that children with autism and their younger siblings might be at greater risk of vaccine-preventable diseases," said Ousseny Zerbo, lead author of the study and a postdoctoral fellow with the Kaiser Permanente Northern California Division of Research.

The study was published Monday in the journal JAMA Pediatrics.

Autism is a neurodevelopmental disorder characterized by challenges with social skills, communication and repetitive behaviors. The cause of autism spectrum disorder is unknown, though research suggests that both genetic and environmental factors play a role.

Scientific studies also report no association between vaccines and autism, although many parents fear such a connection.

When a child is diagnosed with autism spectrum disorder, do their parents' feelings about vaccines change in any way?

"We know that in recent years, rates of vaccination have been declining in general, and we wanted to determine whether this phenomenon proportionally affects children with autism spectrum disorder and their families," Zerbo said.

He and his colleagues reviewed data on more than 3,700 children who had been diagnosed with autism spectrum disorder before age 5 and who had been born between 1995 and 2010. The researchers also looked at nearly 500,000 age-matched children without disorders.

Specifically, they looked at whether the children had received all the vaccines recommended by the US Centers for Disease Control and Prevention.

"What we found is that there are large disparities in vaccination rates between children with and without" autism spectrum disorders, Zerbo said. Comparing the two groups of children, "we found that 80% of children with autism received all vaccines recommended for children between ages 4 and 6, versus 94% among children without autism," he said.

The researchers also examined the records from younger siblings of the children in the study: sisters and brothers born between 1997 and 2014.

"We did not look at vaccination rates before the children were diagnosed with autism," Zerbo noted.

In Canada and Southern California, smaller studies have come to the same conclusions.

"This is the largest study that has been conducted on this subject so far," Zerbo said, explaining that he and his colleagues gathered data from six health care sites: two in California and one each in Colorado, Oregon, Washington and Wisconsin. "It's a large study across different sites in the US, so the results are probably very representative of the US population."

Robin P. Goin-Kochel, an associate professor of psychology in the Department of Pediatrics at Baylor College of Medicine and an associate director for research at the Autism Center of Texas Children's Hospital, has done research in this area and said the new study is important.

"Fears about an autism-vaccine link persist and contribute to growing numbers of unvaccinated or undervaccinated children," said Goin-Kochel, who was not involved in the new study. "In turn, this has resulted in -- and will continue to result in -- increases in outbreaks of vaccine-preventable diseases."

What the study shows is how perception drives behavior "in a way that significantly influences public-health safety," she said.

Research has shown that younger siblings of children with autism are at greater risk for being undervaccinated, but it was not previously clear whether parents, after having a child diagnosed with autism, might have changed their vaccination attitudes and practices.

"These results suggest that some of them definitely do, at least up to a certain age," Goin-Kochel said.

However, she noted, with the focus "largely on Western/Pacific states" and attitudes specific to those locales, the findings may be "more representative of families in this particular part of the country."

Her own research found high rates of vaccination among children with autism for vaccines recommended before age 2 -- when, typically, a child is diagnosed with autism. "This suggests that most of these parents were not vaccine-hesitant to the degree of delay or refusal at that time," she said. "However, when we measure their current attitudes about vaccine safety, nearly 30% of them are vaccine-hesitant."

Her team also found "the belief that toxins in vaccines caused their child's developmental problems is, by far, the most significant predictor of current vaccine hesitancy," Goin-Kochel said although that's scientifically untrue. Stories about allergic reactions to vaccines may be another reason some parents fear them.

"I think we need to do a better job of educating the public about vaccines, vaccine safety, known causes of autism and what to ask health care providers if you have concerns," she said.