Endometriosis 'nothing short of a public health emergency,' senator says 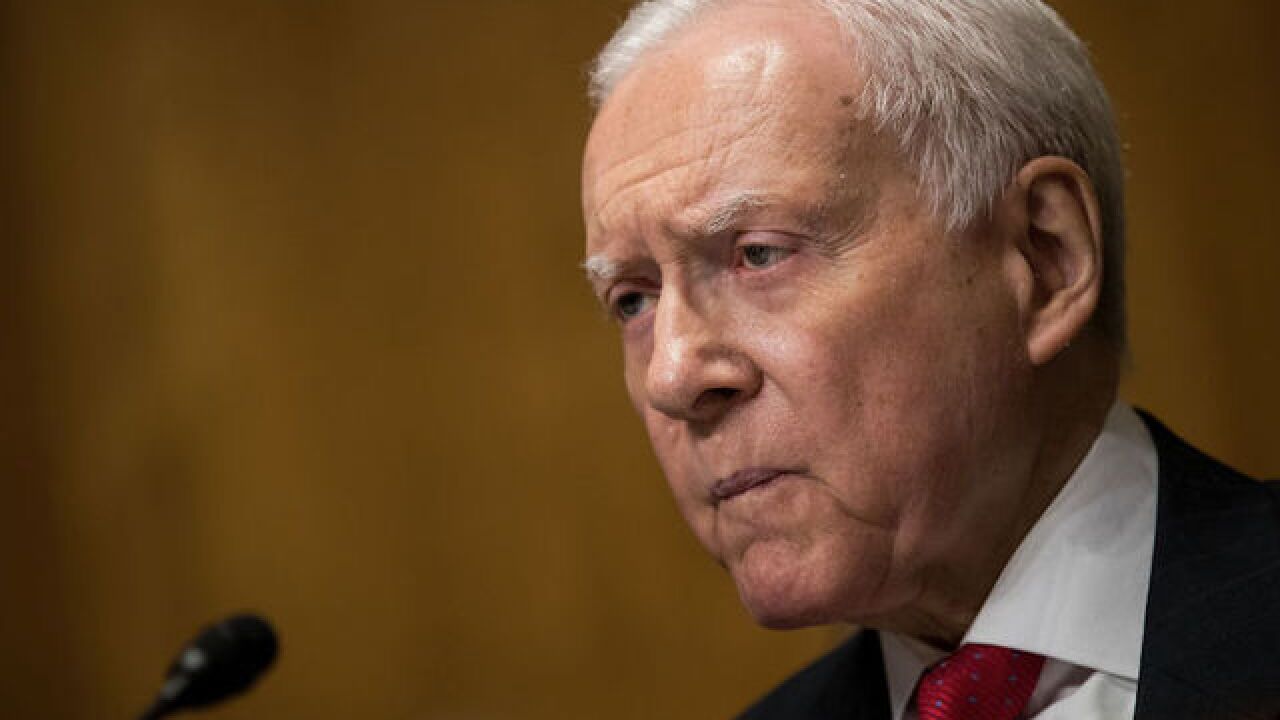 Editor's note: Orrin Hatch is the president pro tempore of the United States Senate. He is also a member and former chairman of the Senate Health, Education, Labor and Pensions Committee. He and his granddaughter, Emily Hatch, support "Endo What," a social movement and film used as a comprehensive educational tool about endometriosis. The opinions expressed in this commentary are solely those of the author.

Think of 10 women who are close to you, be they mothers, sisters, daughters or friends. Odds are that at least one of these loved ones has a disease that most people have never heard of: endometriosis. According to the Journal of Endometriosis and Pelvic Pain Disorders, this life-altering illness is startlingly prevalent, with approximately 176 million people impacted worldwide.

What's worse, it has no known cause or cure.

Women who suffer from endometriosis can experience excruciating periods, acute inflammation, and myriad other painful symptoms. These symptoms result from a tissue similar to the lining of the uterus growing in other parts of the body. Each year, this disease puts the lives of millions on hold, forcing adult women to miss work and young girls to forgo sports, extracurricular activities, and even weeks of school.

The widespread prevalence of endometriosis — and the lack of any long-term treatment options — is nothing short of a public health emergency.

I have witnessed firsthand the crippling effects of endometriosis on my granddaughter Emily. Some time ago, I traveled to Massachusetts to see Emily's family when suddenly she had to lie down because of a gut-wrenching pain. So severe were Emily's symptoms that she was bedridden for the entire day. She was only 13 at the time. Her pain persisted for weeks, and it seemed there was almost nothing we could do to help her.

To see a girl who had been so active and vivacious suffer so much at such a young age was almost too much for her grandpa to bear. It was heartrending to see her laid low by an illness that we couldn't understand, much less identify. She used to play sports and join us on long family walks, but she now retreated to her room to wait out the pain.

Emily's symptoms worsened in the weeks that followed, causing her to miss almost three months of school. At times, she could not even walk. It took 18 months, dozens of hospital visits, and nine different doctors just to diagnose Emily with endometriosis. And we were the lucky ones. According to the US National Library of Medicine National Institutes of Health, it takes most endometriosis patients up to 10 years to receive a proper diagnosis.

When Emily, who is now 21, was finally diagnosed, we quickly set to work educating ourselves on the nature of this illness. In short time, we learned that endometriosis is the most common, devastating disease that most people have never even heard of. Now with the disease under control after excision surgery and continuing multidisciplinary treatment, Emily is much improved and advocating for endometriosis awareness among her peers.

Sadly, the younger a woman is at the onset of her symptoms, the longer it can take for her to receive the right diagnosis. What starts as pelvic pain often is not diagnosed as endometriosis until several years later. Symptoms often start early in life, but are frequently ignored by caregivers, patients and practitioners alike.

Endometriosis not only takes a physical toll on patients but a social toll as well. It prevents millions of women from fully engaging in work, relationships, sports and school — the very activities that form the basis of meaningful human interaction.

The good news is, we are not powerless in the face of this disease. Each of us can take meaningful steps to educate ourselves on the nature of endometriosis and then encourage awareness in our communities. Better education and greater awareness will shorten the amount of time it takes for girls and women to receive the correct diagnosis. And as awareness increases, it will also become easier to devote more time and resources to researching a cure.

Start a conversation about endometriosis today with the women and girls you love. Empower them with the information they need to take a stand against all the misinformation around this disease and regain control of their health. Changing the status quo around endometriosis starts with each of us, and the time for action is now.

Unless we act now, our mothers, daughters, sisters and friends will continue to suffer. Let's work together as one, so we can drive the conversations, medical practices, and research priorities that will help deliver a better future for our loved ones, free from the pain and suffering of endometriosis.