Failing to get a mammogram can be deadly The latest research from Komen Kansas City revealed Wyandotte County has one of the highest breast cancer death rates in the country. 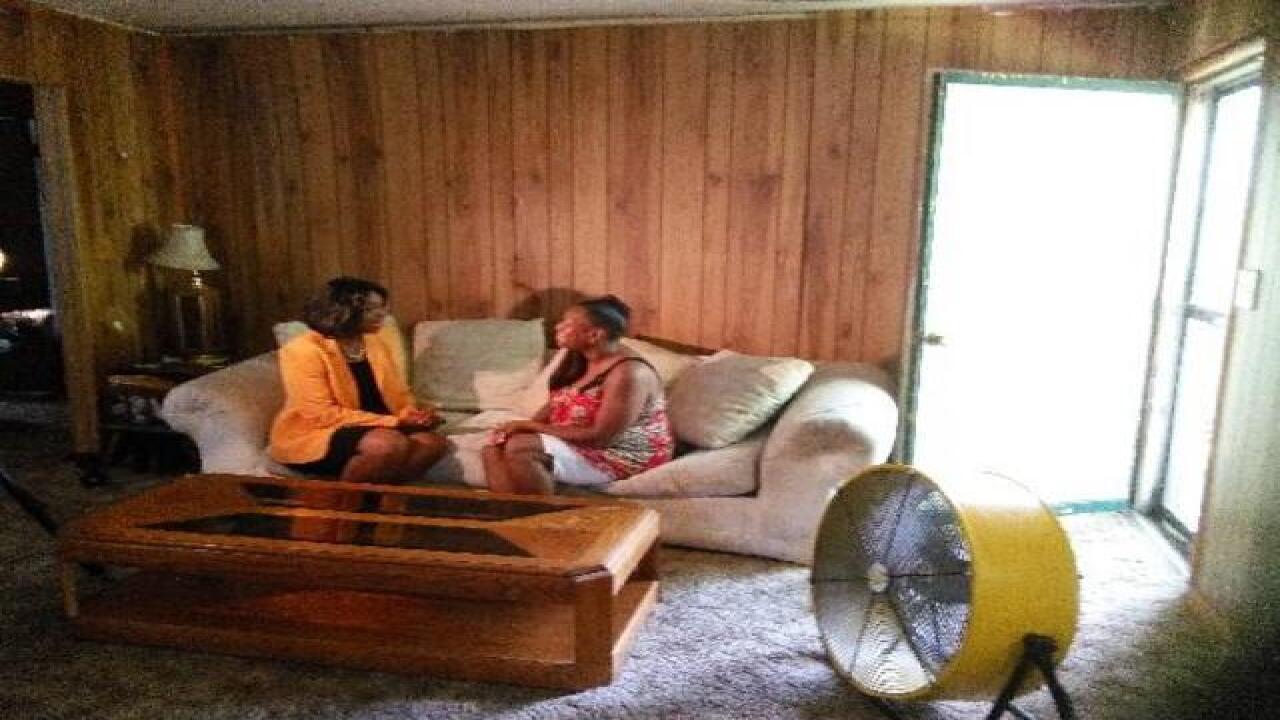 I knocked on the door and Valerie Griffin greeted me with a big smile and a hug.

I'm going to people's homes because I want to make a personal connection with women and encourage them to get a mammogram. Griffin quickly admitted that she hasn't had a mammogram in several years. That's a problem proving to be deadly for some women in Wyandotte County.

Research from Susan G. Komen Greater Kansas City revealed that in 2015 Wyandotte County's death rate of breast cancer was 28.5 per 100,000 women. This is higher than the US rate of 22.6.

The statistics indicated that more women in Wyandotte County are being diagnosed with late-stage breast cancer. It says low-income, racial and ethnic disparities, a lack of insurance and language are often barriers to accessing health care and getting breast health services.

Griffin told me she works two part-time jobs and doesn't have the money to get a mammogram. She was also afraid of getting the results because her mother is a breast cancer survivor.

"My mom had breast cancer so I'm like, will I get breast cancer? If I go get the mammogram are they going to tell me this devastating news? What's going to happen?" Griffin explained with tears in her eyes.

She went to a health fair at New Bethel Church in May and got information about Early Detection Works, a program through the Unified Government of Wyandotte County's Health Department. Crystal Doran works with the program.

"We want to let women know that we are here to help them get a mammogram. If that means giving them a ride and setting up a free mammogram, then we will do that," Doran explained.

Surviving the Odds Foundation is another group that helps bridge the gap to get access to care for Wyandotte County women who are facing racial and ethnic disparities. Consuelo Ross is the founder and president of Surviving the Odds. She is also a breast cancer survivor.

"African-American and Hispanic communities are experiencing the highest statistics of death due to breast cancer at an alarming rate, much higher than that of any other ethnic groups. This has motivated our organization to take action and reach out specifically to those high-risk communities as well as elderly women to provide the necessary education, support and resources to lower the statistics and increase awareness," said Ross.

Griffin got her mammogram and it was clear - no sign of breast cancer.

"It was easy and it didn't hurt and it didn't take very long. I'm going to tell other women I know to get their mammogram," Griffin added.

She told me that she will be back next year for her annual mammogram.

"And whatever the outcome is, I'll just have to do what I need to do," Griffin said.

Cynthia Newsome can be reached at Cynthia.Newsome@kshb.com.