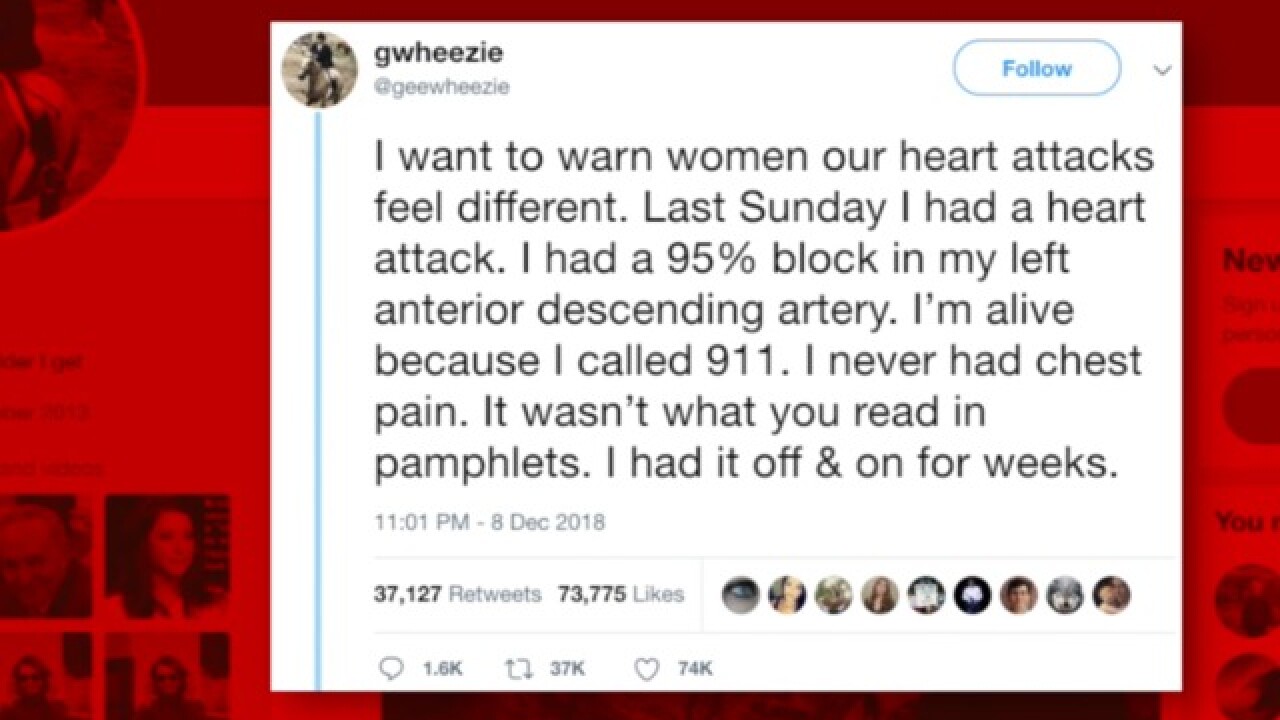 Every 40 seconds someone in the U.S. experiences a heart attack. According to the CDC, that's nearly 800,000 heart attacks per year.

A woman’s viral tweet is pointing out the signs of a heart attack, which can be much different for women and men.

"I am alive because I called 911. I never had chest pain. It wasn't what you read in pamphlets. I had it off and on for weeks,” the woman posted on social media.

Her symptoms were not what she expected. She reported having pain across her upper back, shoulders, and arms. Other symptoms included burning, aching, sweating, vomiting and feelings of what felt like a strained muscle.

She later learned 95 percent of one of her main arteries was blocked.

According to the American Heart Association, for both men and women, the most common signs that you’re having a heart attack are:

But women are more likely to experience other symptoms like:

The tweet has been shared by more than 73,000 people and serving as a great reminder for women to learn more about their heart health.