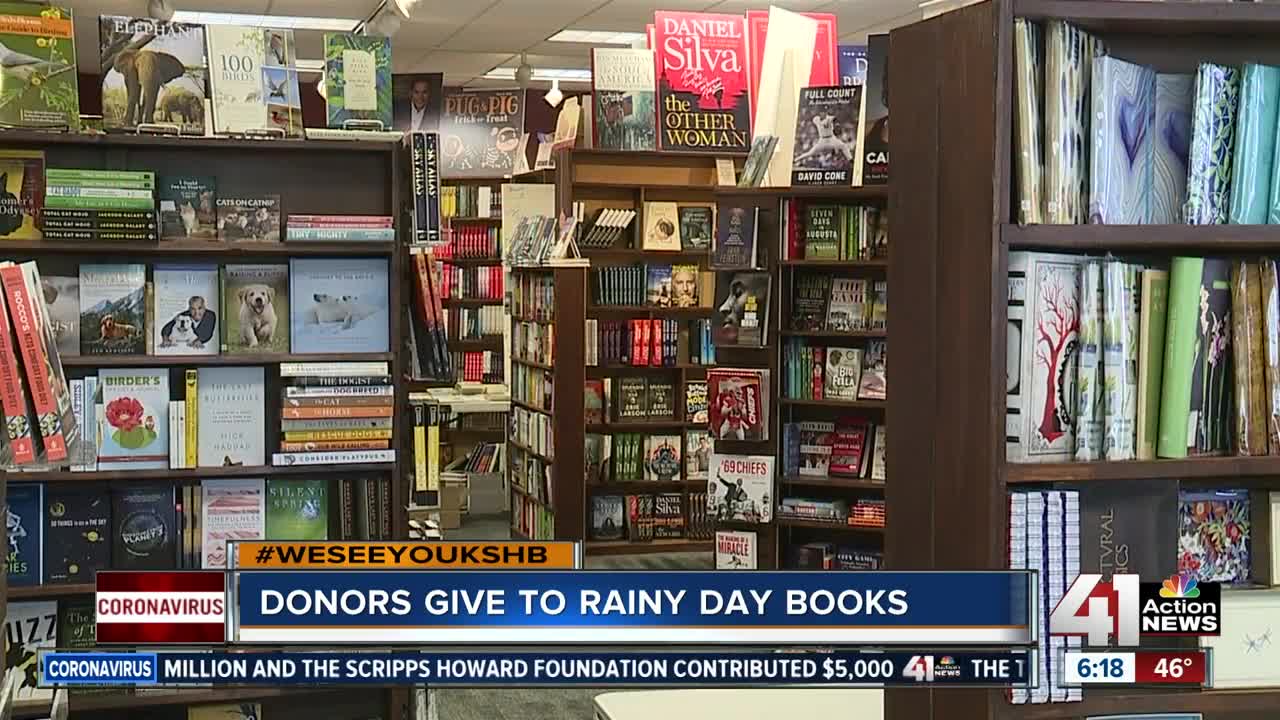 Donors give to Rainy Day Books

A group of supporters raised more than $28,000 for the bookstore.

Though they aren’t open and can’t hold events, the owner says they’re still taking orders online and over the phone.

Jennings says the stay-at-home orders means she’s running on a staff of six people compared to about 12 during normal staffing.