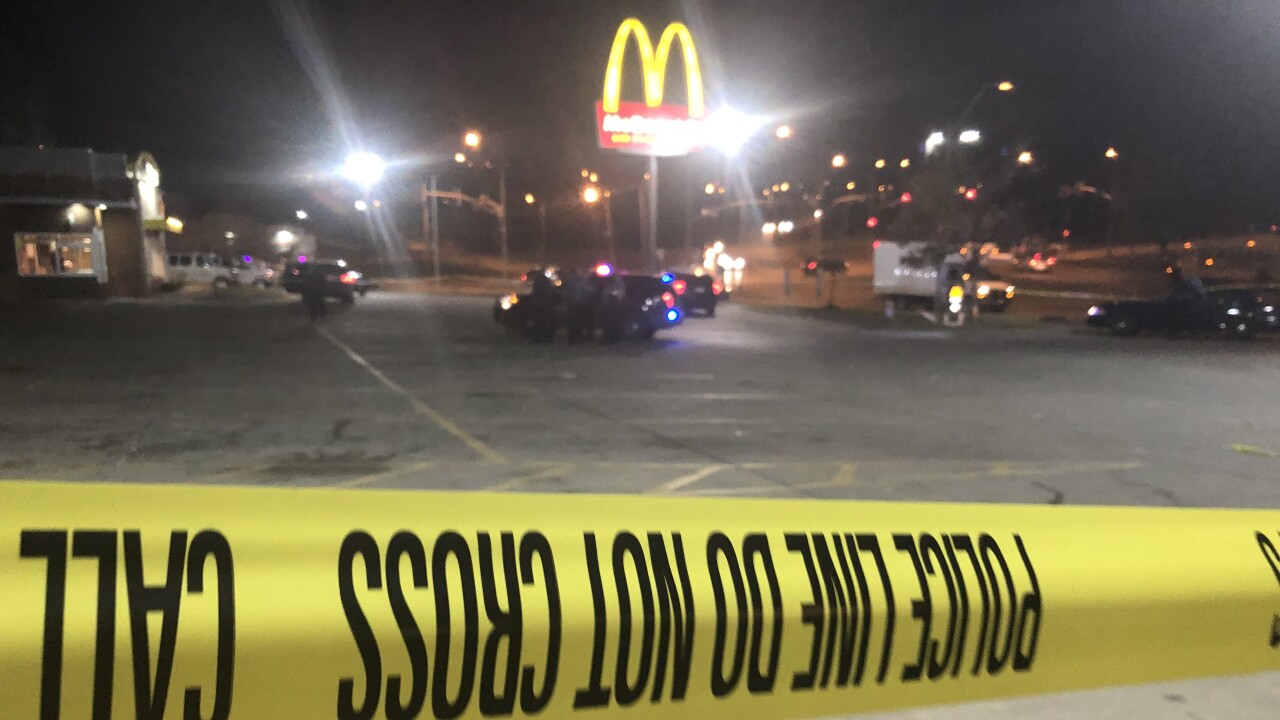 Ariel Rothfield
One person is dead after a shooting at East 31st Street and Van Brunt Boulevard. It was the second of three homicides on Nov. 6.<br/>

KANSAS CITY, Mo. — One person is dead after a shooting Wednesday in Kansas City, Missouri.

Police said the victim, who was pronounced dead at a nearby McDonald's, was 37-year-old Kimberly Harris. She was driven to the restaurant for help.

Detectives are talking with the driver to gather more information about what might have led up to the shooting.

The McDonald's was not involved in the original incident, according to police.

Police said detectives also are looking for anyone in the 3200 block of Brighton Avenue who might have more information. Anyone who might have information regarding the shooting is asked to call the homicide unit directly at 234-5043 or the TIPS Hotline anonymously at 474-TIPS.

A reward of up to $25,000 is being offered for information leading to an arrest in the case.

This is the second homicide in the city in less than four hours and the 126th for the year.

This story is developing. Check back for updates.