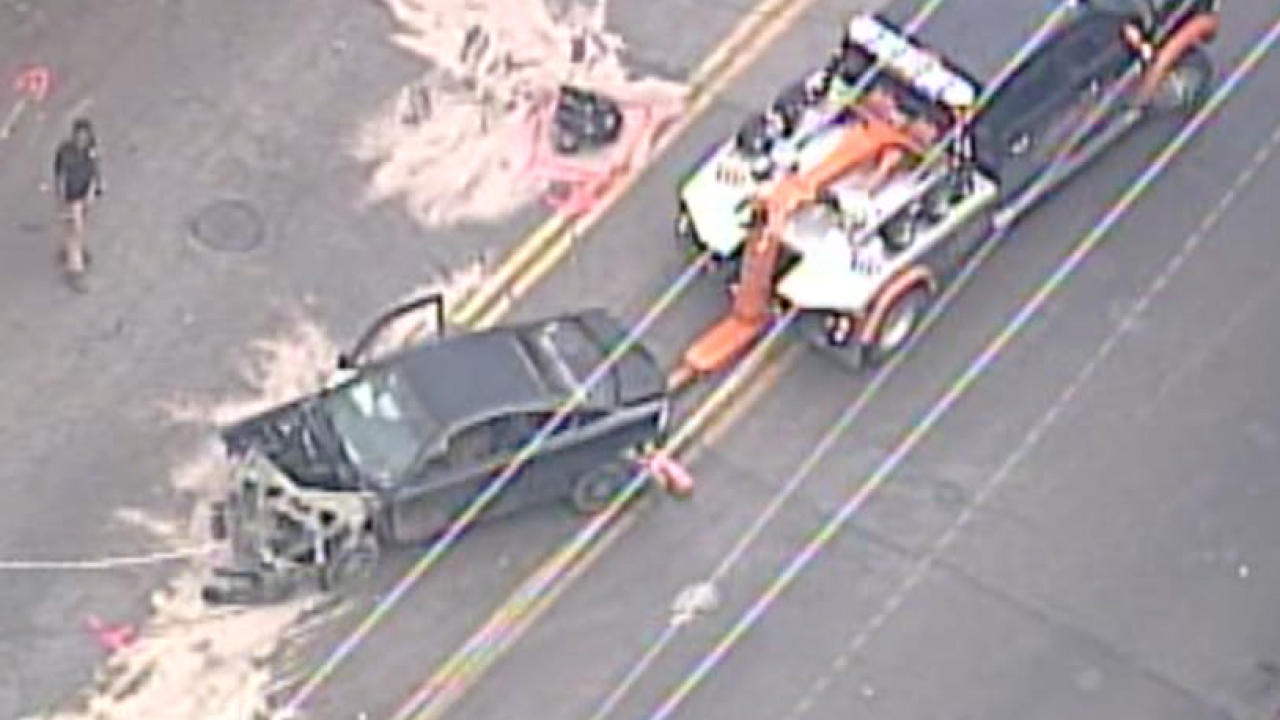 One person was killed in a crash Thursday afternoon at Independence Avenue and Winner Road in Northeast Kansas City, police say.

Around 12:15 p.m., a driver crashed into a wall at Independence Avenue and Winner Road. No other vehicles were involved, police said.

A black Pontiac Grand Am was seen driving erratically and “at a high rate of speed,” west on Independence Avenue, according to police.

The driver lost control of the vehicle before Wilson Avenue and struck “multiple” concrete pillars, as well as the concrete wall on the right side of the road. Police said the driver, who was ejected from the vehicle, was declared dead at the scene.

A female passenger, according to police, has third-degree burns and has been taken to a local hospital with life-threatening injuries.