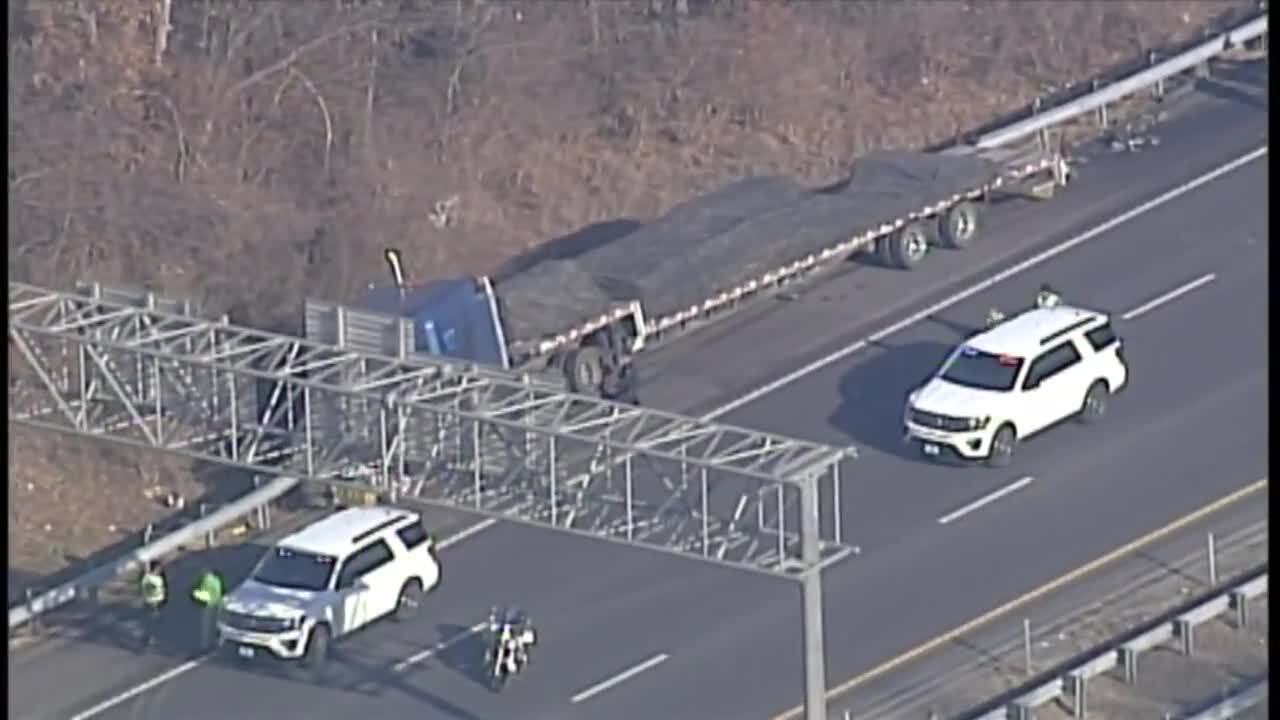 Emergency crews were called out just before 10 a.m. to the crash on southbound Interstate 435 near 83rd Street.

One person was pronounced dead on the scene.

SKYTRACKER video shows the semi, which had a wide load banner on the front, on the shoulder of the highway. A dark-colored sedan with significant damage was located nearby.

The two right lanes of SB I-435 remained closed while police investigated the incident.