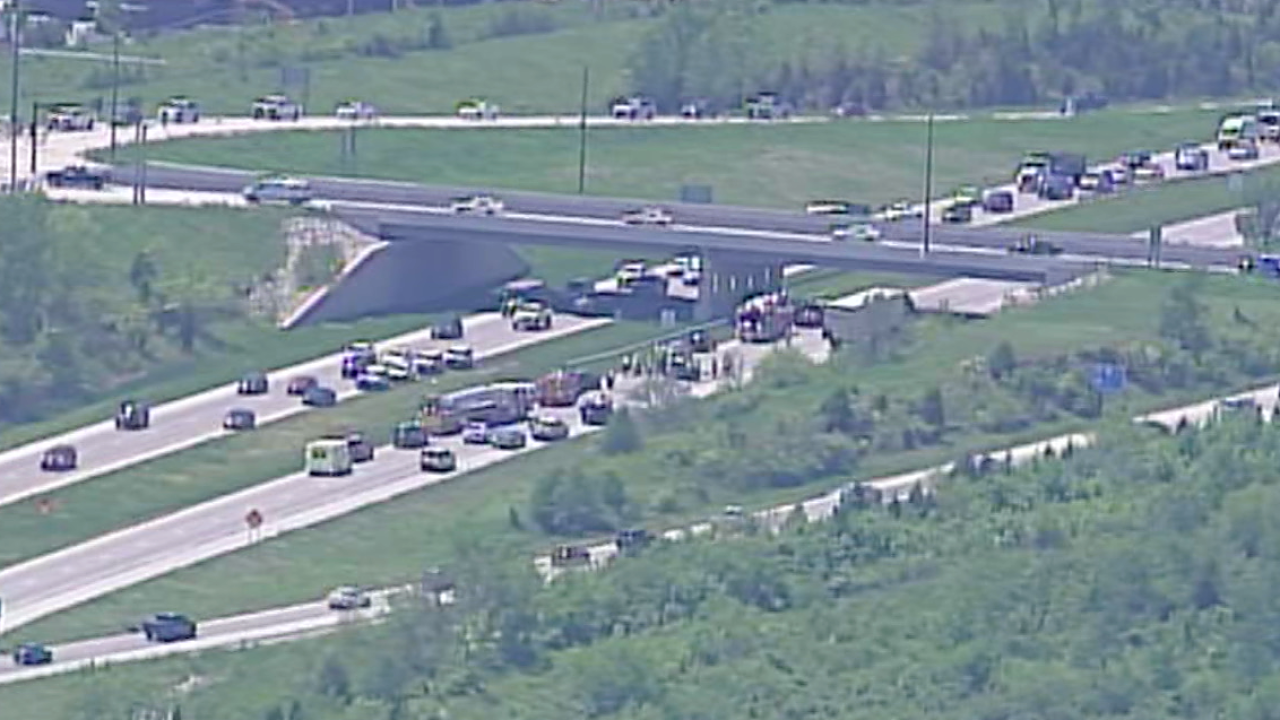 The crash occurred on westbound K-10 at Ridgeview Road around 1:30 p.m.

In a crash report, the Kansas Highway Patrol said that Dylan Garnett was driving a Kia Sorento westbound on K-10 when a Peterbilt semi tractor-trailer in front of him slowed down due to traffic. Garnett was unable to slow and struck the rear of the semi, according to the report.

He was pronounced dead on the scene.

The 58-year-old driver of the semi was taken to an area hospital on complaints of pain.

Both drivers were wearing seat belts, according to the report.

Video from SKYTRACKER showed an SUV with significant damage and a tractor-trailer with rear-end damage to the trailer.

The Kansas Highway Patrol closed the highway from Interstate 435. It wasn’t clear how long the highway would remain closed.