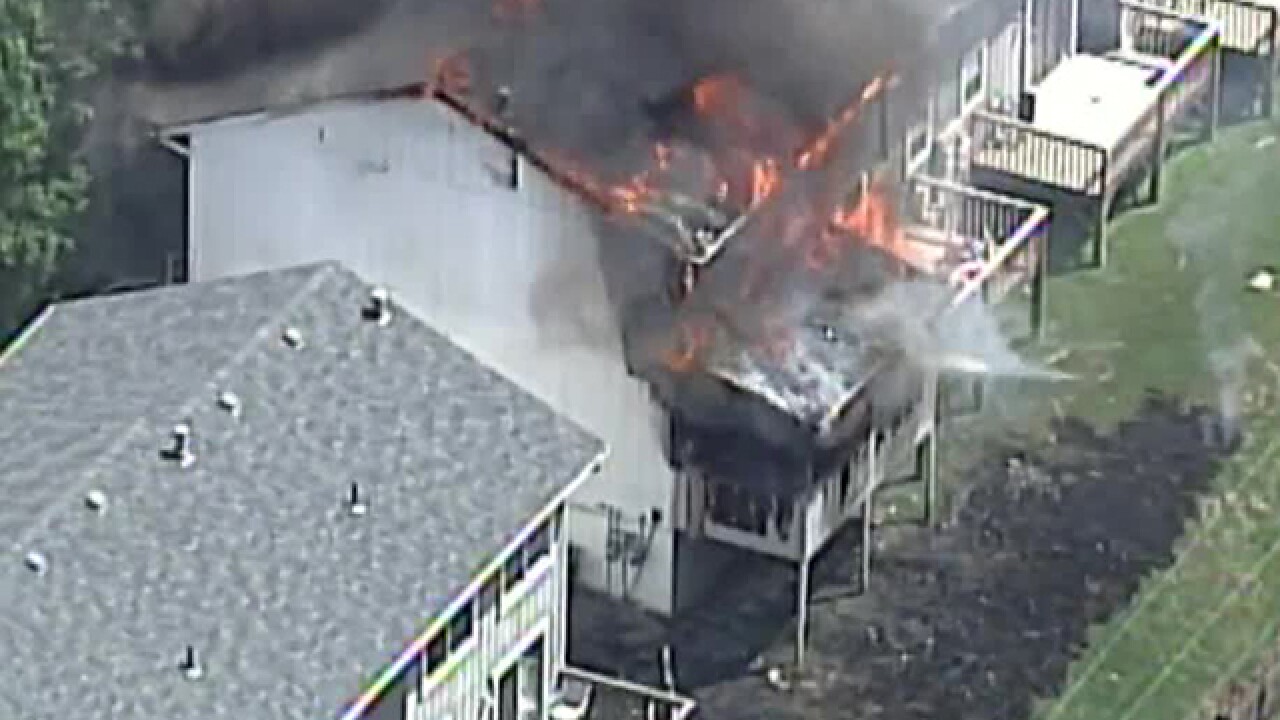 Copyright 2018 Scripps Media, Inc. All rights reserved. This material may not be published, broadcast, rewritten, or redistributed.
<p>Ten people – including five kids – are temporarily without a home after their apartment suffered significant fire damage Thursday. Photo by SKYTRACKER</p>

Just after 3 p.m., Kansas City fire crews raced to Devling Place apartments off of N. Cleveland and NE Parvin Road in the Northland.

SKYTRACKER video showed arriving fire crews greeted with heavy smoke and fire coming from the back portion of the building.

The fire quickly spread to the second floor of the structure, but fire crews worked from the inside and outside to gain control of the fire.

No one was injured in the blaze.

The cause of the fire remains under investigation.