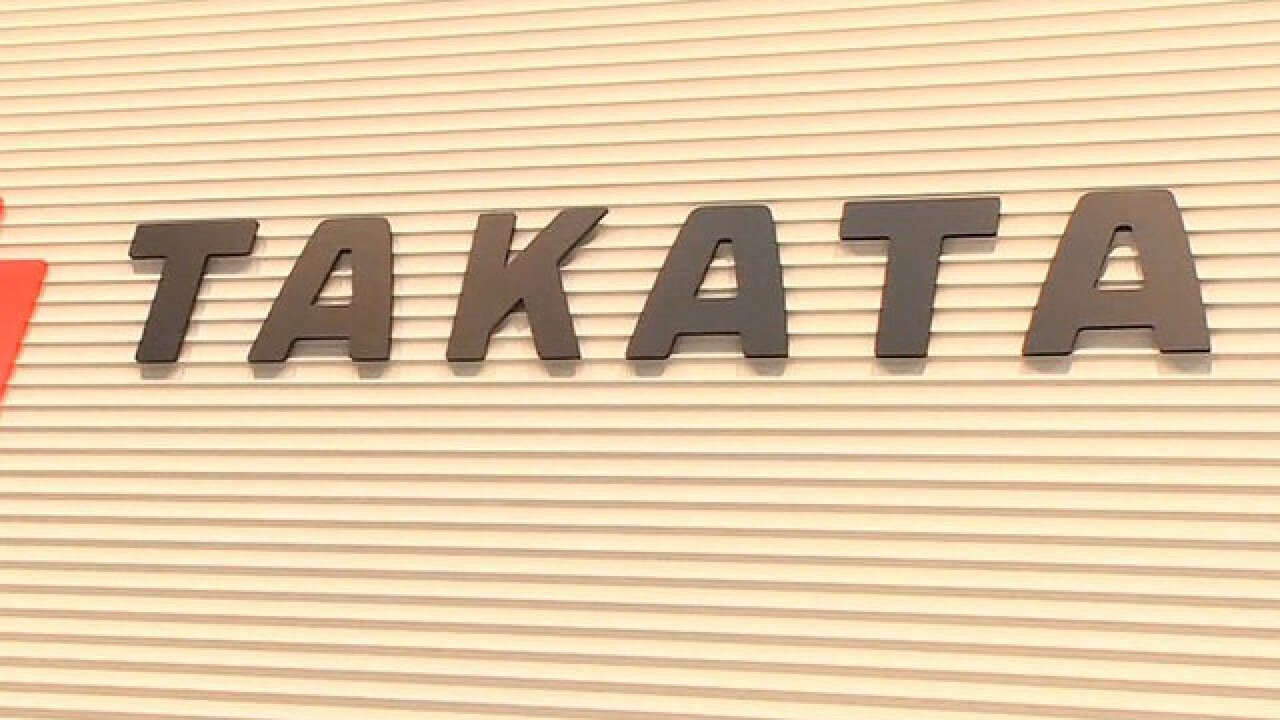 © 2017 Cable News Network, Inc.
CNN
<p>Millions of car owners whose vehicles were outfitted with faulty Takata airbags could soon receive some type of compensation -- possibly a check for as much as $500.</p>

In December Takata recalled an additional 3.3 million faulty air bag inflators as it expanded the largest automotive recall in U.S. history. Models released Thursday are equipped with those inflators.

The company uses the chemical ammonium nitrate to create a small explosion and fill air bags quickly in a crash. But the chemical can deteriorate when exposed to high humidity and temperatures and burn too fast, blowing apart a metal canister. That can hurl hot shrapnel into unsuspecting drivers and passengers. At least 21 people have been killed worldwide and more than 180 injured.

The U.S. recalls, which are being managed by NHTSA, are being phased in over the next three years. Older models and those in states with high humidity and temperatures are getting priority.

Some of the recalls are limited to certain groups of states. To see if your vehicle is involved, go to https://www.nhtsa.gov/recalls and key in your 17-digit vehicle identification number. It can be found on your registration and is stamped on the driver's side dashboard. Automakers and the government say the recall repairs should be done as soon as possible.

The latest recalls are part of the largest series of automotive recalls in U.S. history, with 19 automakers having to recall up to 69 million inflators in 42 million vehicles. The problem brought a criminal conviction and fine against Takata and forced the Japanese company into bankruptcy protection.

Here are the models posted Thursday: