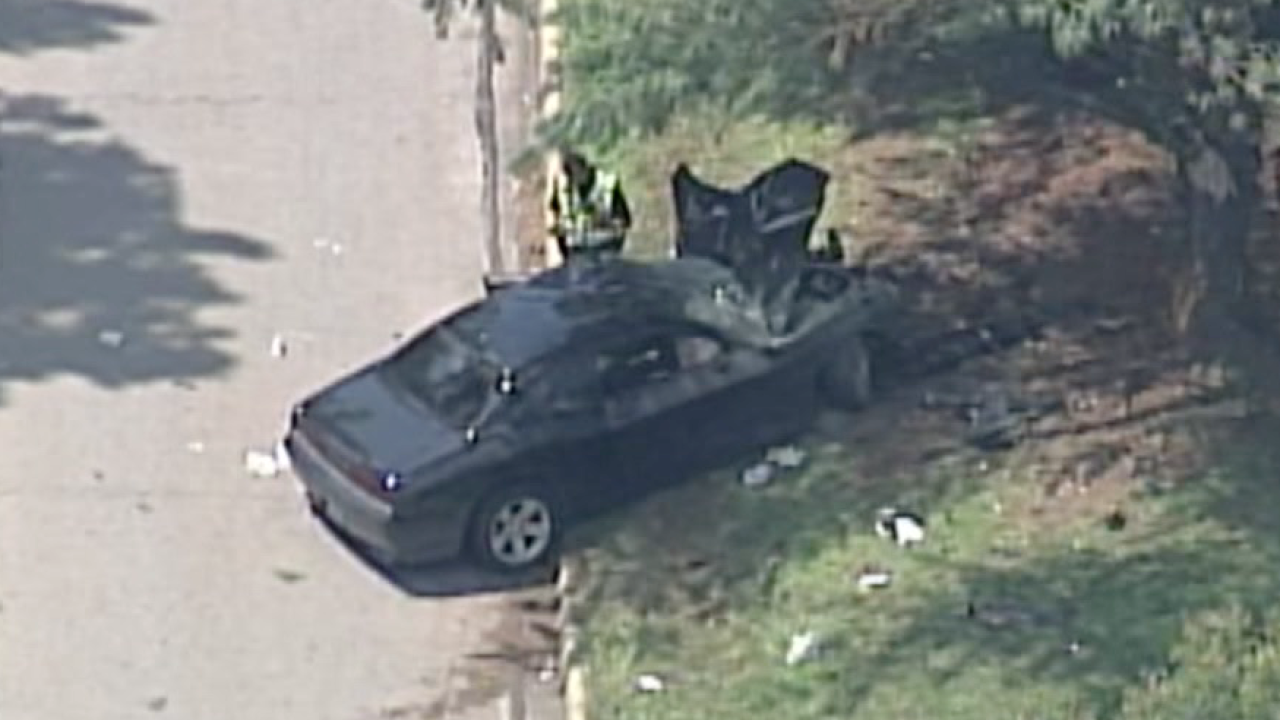 KANSAS CITY, Mo. — One woman died and five others, including four children, were injured after a crash Wednesday morning near Cleaver II Boulevard and Elmwood Avenue, according to Kansas City, Missouri, police.

Police said a black Dodge Challenger was going north on Cleaver II Boulevard at a high rate of speed when the driver failed to negotiate a curve. The vehicle went off the roadway, striking a tree in the median.

The man who was driving the vehicle and a woman in the passenger seat were transported to area hospitals, where they were both initially reported to be in critical condition, police said.

The man's condition was later upgraded to stable, a police spokesman said.

Four children between the ages of 2 and 8 were sitting in the back seat. There were no booster or child passenger seats in the vehicle. Neither the two adults nor the four children were wearing seat belts, according to police.

All four children were transported to an area hospital, where they were being treated for broken bones and other non-life-threatening injuries.