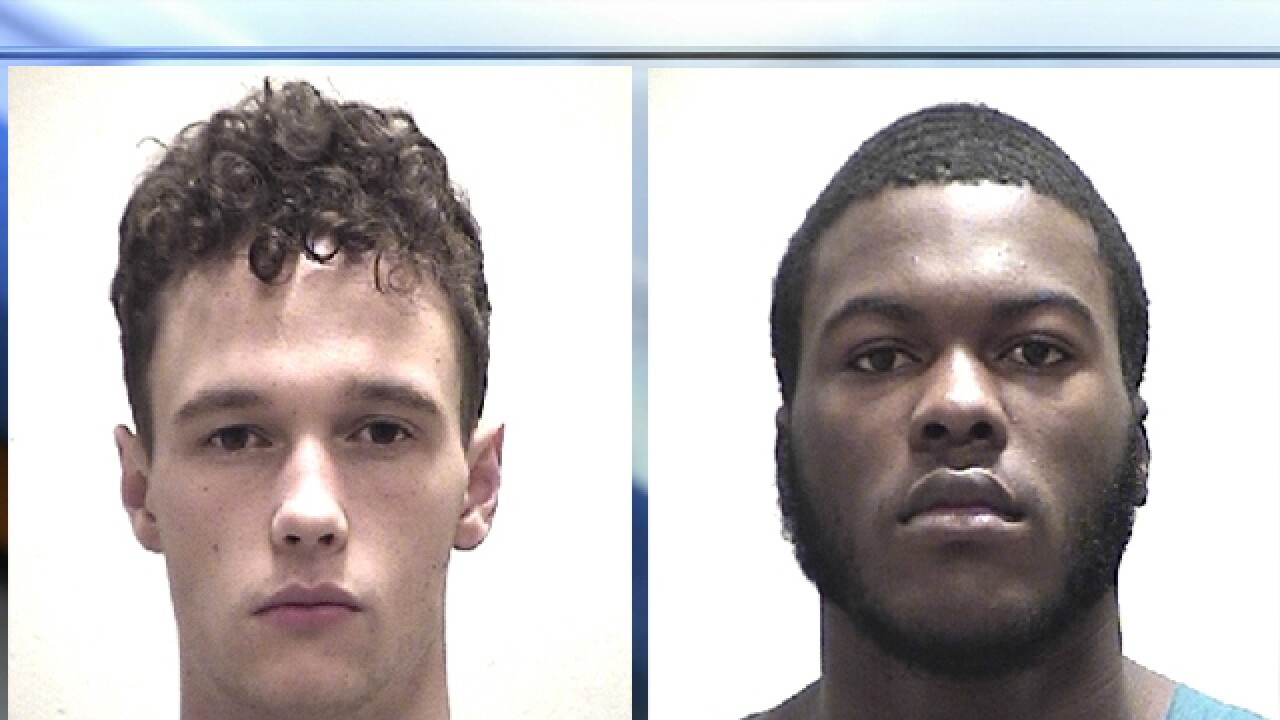 KANSAS CITY, Mo. — Two men have been charged in connection to a Sunday night murder in the Northland.

Kansas City, Mo. Police were called out around 9 p.m. to an area near 110th Street and N. Ditzler on a shooting.

According to court documents, Frisbie and Abron admitted to investigators they had set up a drug deal in the parking lot of a subdivision clubhouse but that he had no marijuana to sell and planned to rob the would-be buyers.

Frisbie and Abron remain in the Clay County Detention Center on a $1 million bond.