2 homes a total loss, another damaged after fire near 59th and Wabash 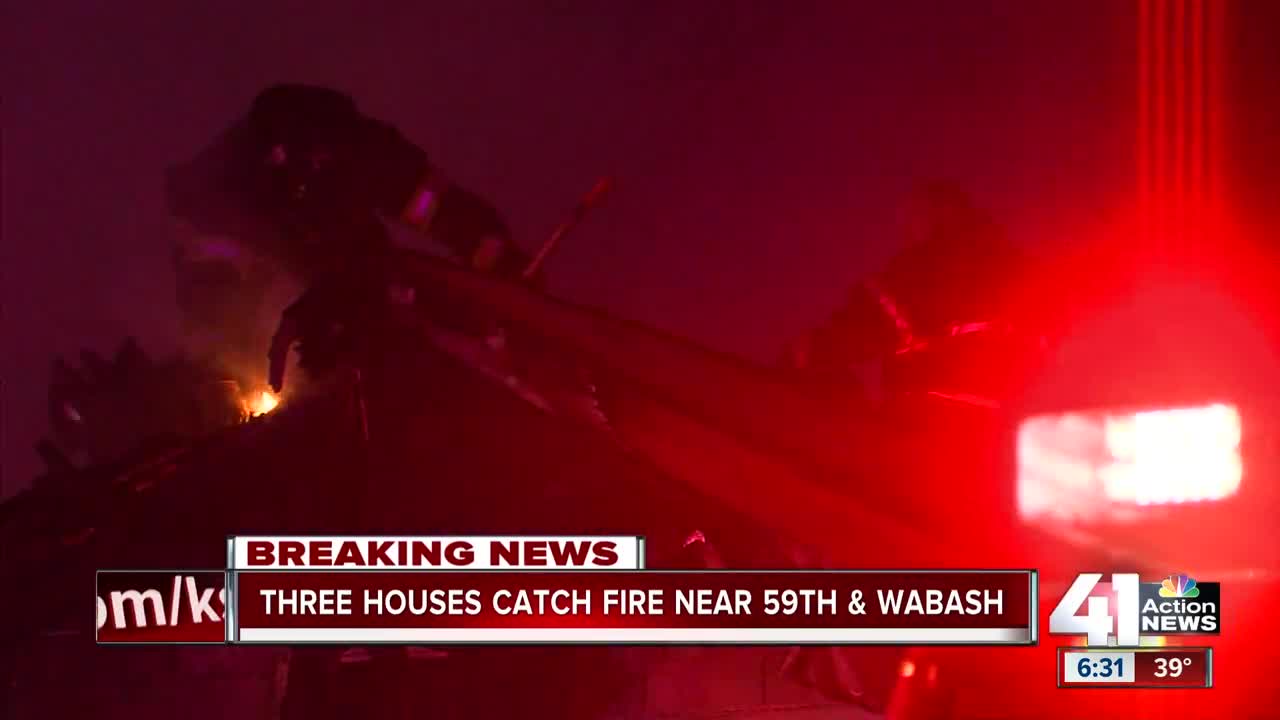 The Kansas City Fire Department battled a large house fire near 59th and Wabash around 2:30 Friday morning. The fire quickly spread to nearby homes, damaging three houses in total. 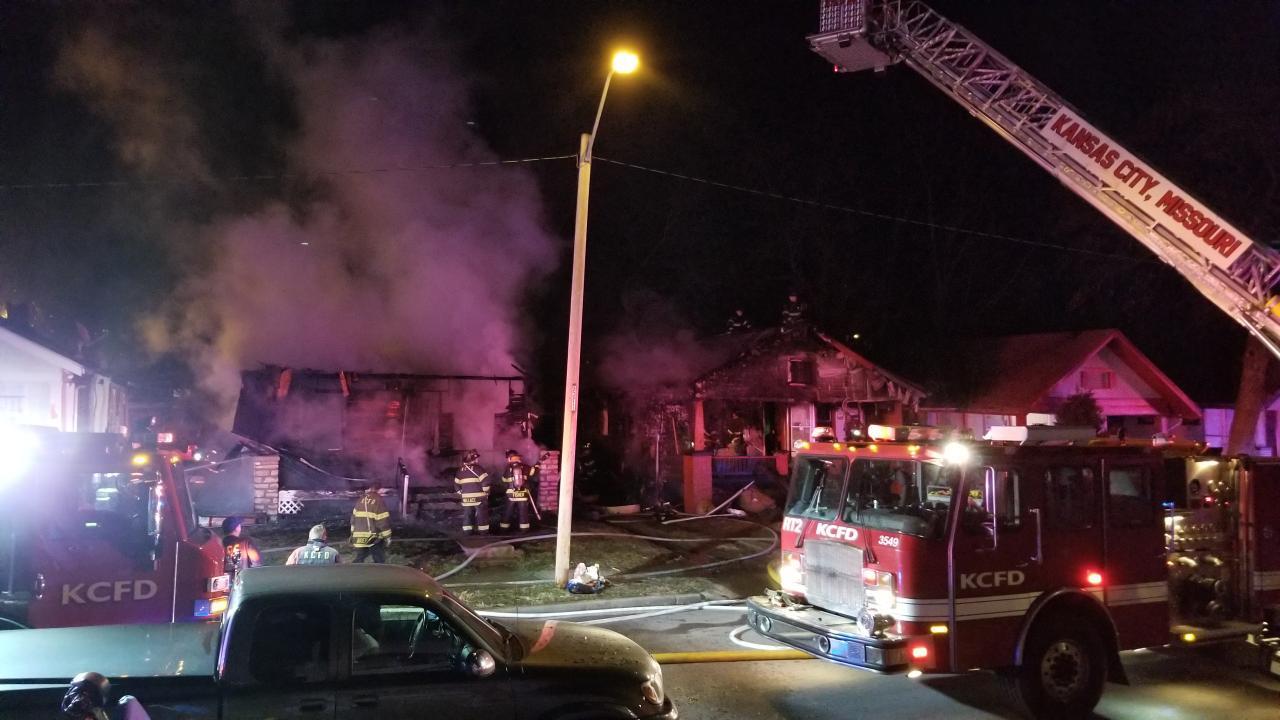 The fire quickly spread to nearby homes, damaging three houses in total.

Two of the houses are total losses. They were occupied, but no one was inside when the fire took place.

The third home had exterior damage, and the homeowner was inside when the fire occurred.

Fire crews had to come back to the scene a little before 5:30 a.m. after smoke started coming through the attic of the third house.

Later, a gas company responded to scene due to an active gas leak.

Fire investigators are piecing together how the fire started. The homeowner of the first house that caught fire was at work at the time.