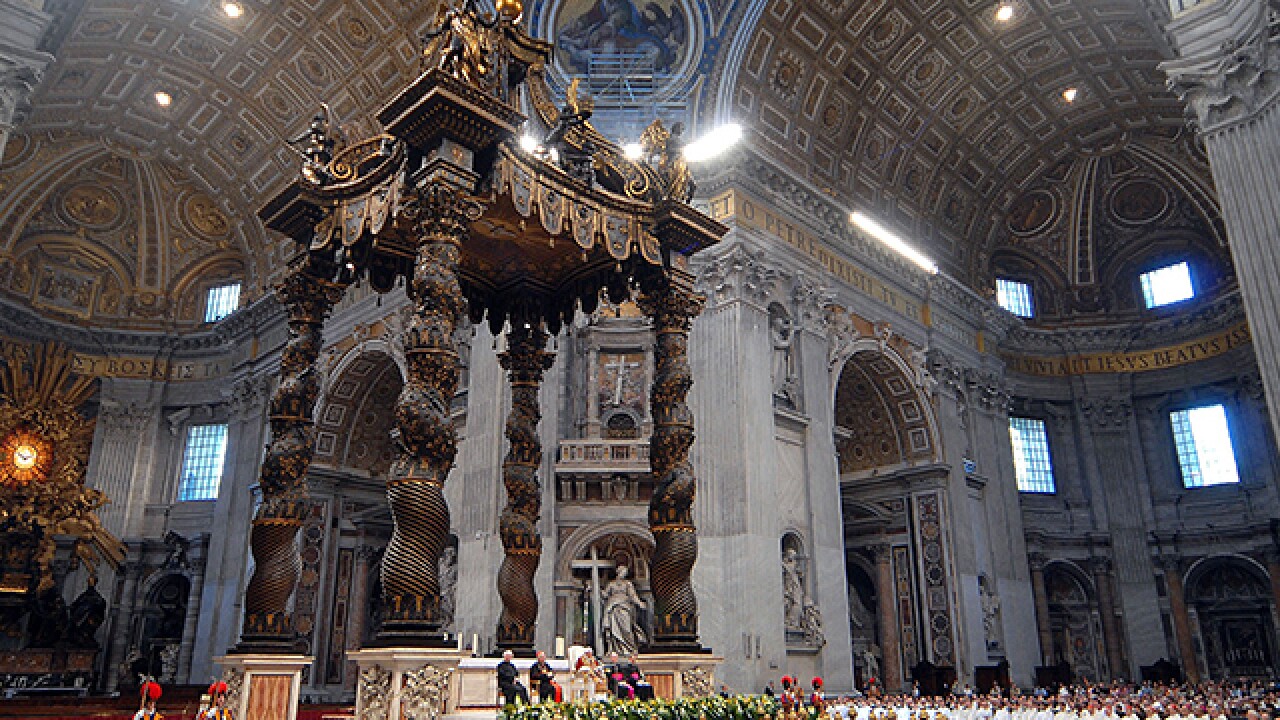 Copyright 2018 Scripps Media, Inc. All rights reserved. This material may not be published, broadcast, rewritten, or redistributed.
Franco Origlia
<p>VATICAN CITY - APRIL 22: A general view of St. Peter's Basilica is seen during a mass for the Society of Jesus Jubilee Year April 22, 2006 in Vatican City, Vatican. The Society of Jesus is a religious order founded by Saint Ignatius Loyola of Spain who died July 31, 1556. (Photo by Franco Origlia/Getty Images)</p>

ST. LOUIS (AP) — Two Roman Catholic Jesuit provinces that cover nearly half the U.S. released the names Friday of more than 150 priests and other ministry leaders who were found to have "credible allegations" of sexual abuse made against them dating to the 1950s.

Jesuits West, which covers 10 western states, said its internal investigation found credible allegations against 111 priests, brothers or priests in training who were connected to it dating back to 1950. No one on the list is involved in public ministry any longer, it said.

Hours earlier, the Jesuits U.S. Central and Southern Province, which covers 13 states along with Puerto Rico and the Central American country of Belize, released the names of 42 men who had ties to the province going back to 1955. It said four are still members of the province but are not active in ministry and live in supervised housing.

A third province that covers several Midwestern states, the Midwest Province, is due to announce its own findings on Dec. 17.

The Jesuits are a Catholic order that includes more than 16,000 men worldwide. Jesuits also operate several high schools and universities, including St. Louis University and Marquette University. Jesuits take vows of poverty, chastity and obedience, and many also take a vow of allegiance to the Pope.

The Jesuits have previously settled lawsuits across the country, including a $166 million settlement involving about 500 abuse claims in Oregon in 2011, which was one of the largest settlements involving clergy abuse allegations.

"Words cannot possibly suffice to express our sorrow and shame for what occurred, our promise of prayers for healing, and our commitment to work with them," Mercier said in a statement. "Caring for these survivors — and preventing any such future events — must be our focus as we move forward."

"It is inconceivable that someone entrusted with the pastoral care of a child could be capable of something so harmful," Santarosa said in a news release. "Yet, tragically, this is a part of our Jesuit history, a legacy we cannot ignore."

Jeff Anderson, a St. Paul, Minnesota-based attorney who specializes in clergy abuse lawsuits, said publishing the lists was the "right thing to do," and it empowers victims to both come forward and move ahead in their lives.

"To a survivor who has been abused by one of these people, it helps them realize, 'I'm not the only one, I'm not alone,'" Anderson said. "It can inspire them to get help, to share the secret, and to find a better way of life."

David Clohessy of the Survivors Network of those Abused by Priests, or SNAP, urged the Jesuits to "explain exactly when each of these allegations was deemed credible. That way Catholics will know just how many months, years or decades church officials have kept these men and their crimes hidden."

Cases of sexual abuse by priests and other religious leaders have come under increased scrutiny since August, when a grand jury report in Pennsylvania detailed decades of abuse and cover-up in six dioceses. The report alleged that more than 1,000 children were abused over several years by about 300 priests.

The report led to new examinations in several dioceses, and some renewed law enforcement scrutiny.

Pope Francis has convened a summit for Feb. 21-24 at the Vatican to address ways to prevent sexual abuse.

The lists of names in both provinces were compiled internally, but both say they have hired a consulting firm to perform an independent review in the spring.

The nation's other two Jesuit provinces, Maryland and Northeast provinces, are in the process of merging and "agree that accountability and transparency are of the utmost importance," Maryland Province spokesman Michael Gabriele said.