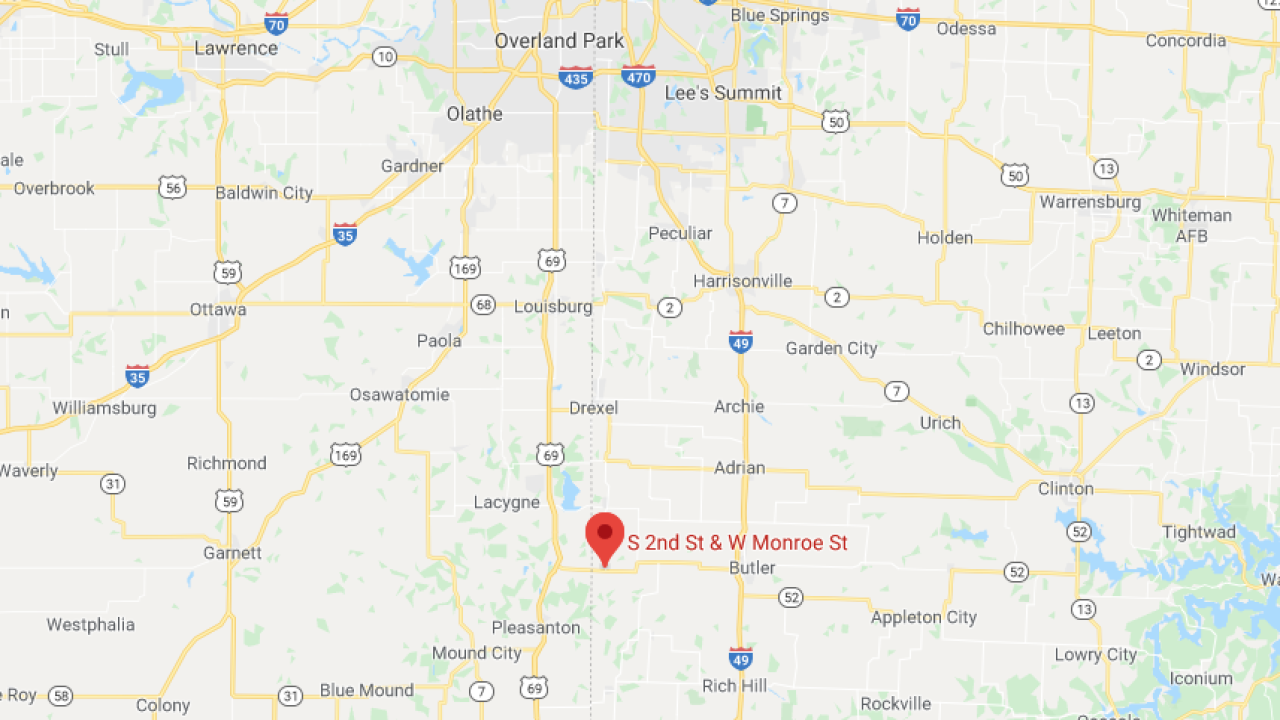 Google Maps
Two people were stabbed at a residence near South Second and West Monroe streets in Amoret, Missouri, in Bates County, according to the sheriff&#39;s office. A woman was taken into custody at the home.

KANSAS CITY, Mo. — A woman was taken into custody after two people were stabbed in Amoret, Missouri, on Monday afternoon, according to authorities.

Around 12:30 p.m., Bates County sheriff’s deputies responded to a residence at West Monroe and South Second streets after a report of “multiple people being stabbed.” Deputies took one woman into custody at the home, according to the Bates County Sheriff's Office.

Inside the home, deputies found one woman with serious injuries on the floor. Medical crews provided treatment, and she was transported by ambulance to an area hospital.

A good Samaritan took a second woman to an area hospital before deputies arrived, the sheriff's office said.

The investigation is ongoing.