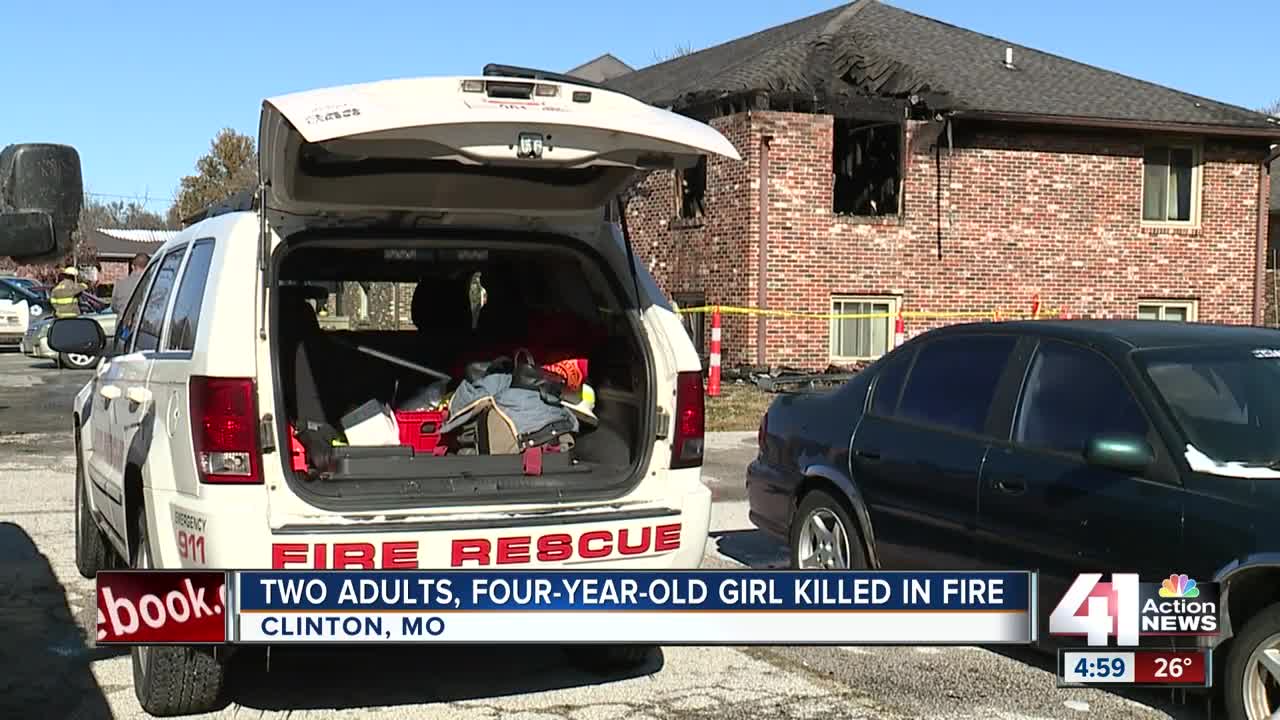 Two adults and a young child were killed in a blaze at an apartment building in Clinton early Tuesday morning, officials said. Ernest "Duane" McConville, 45, Taylor Briggs, 27, and Adriyana Briggs, 4, died in the fire, according to the Clinton Fire Department. 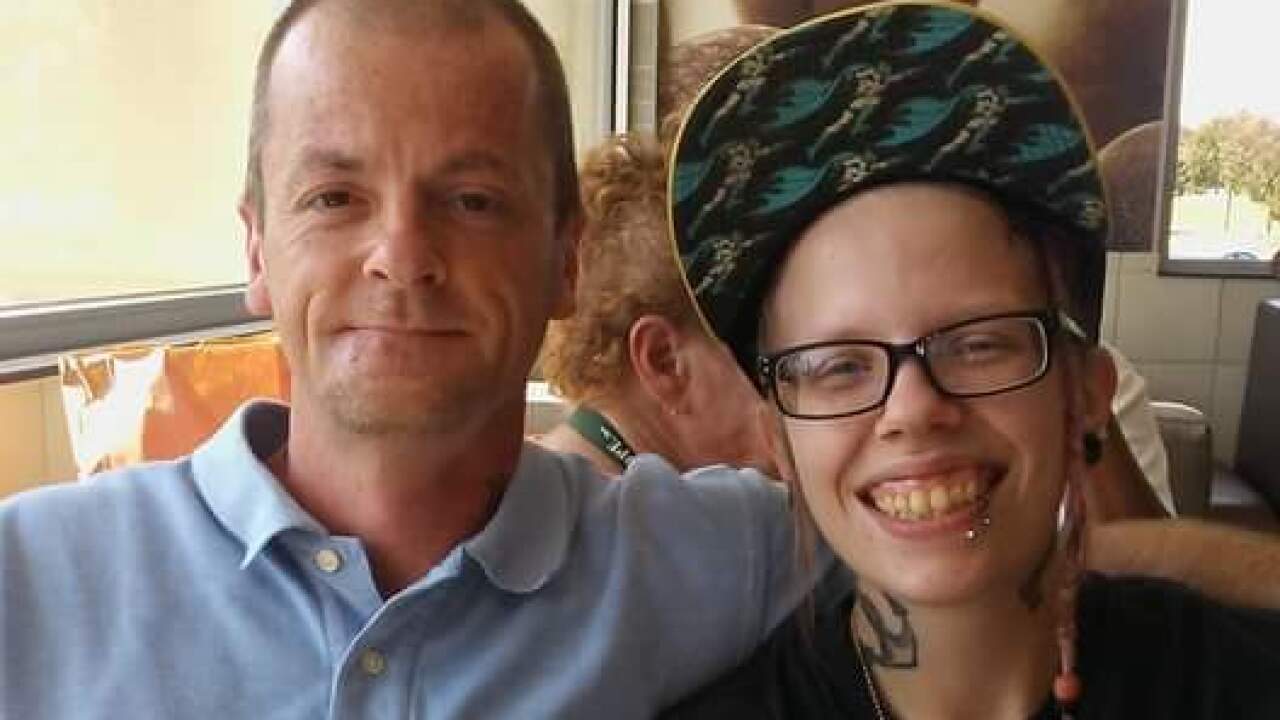 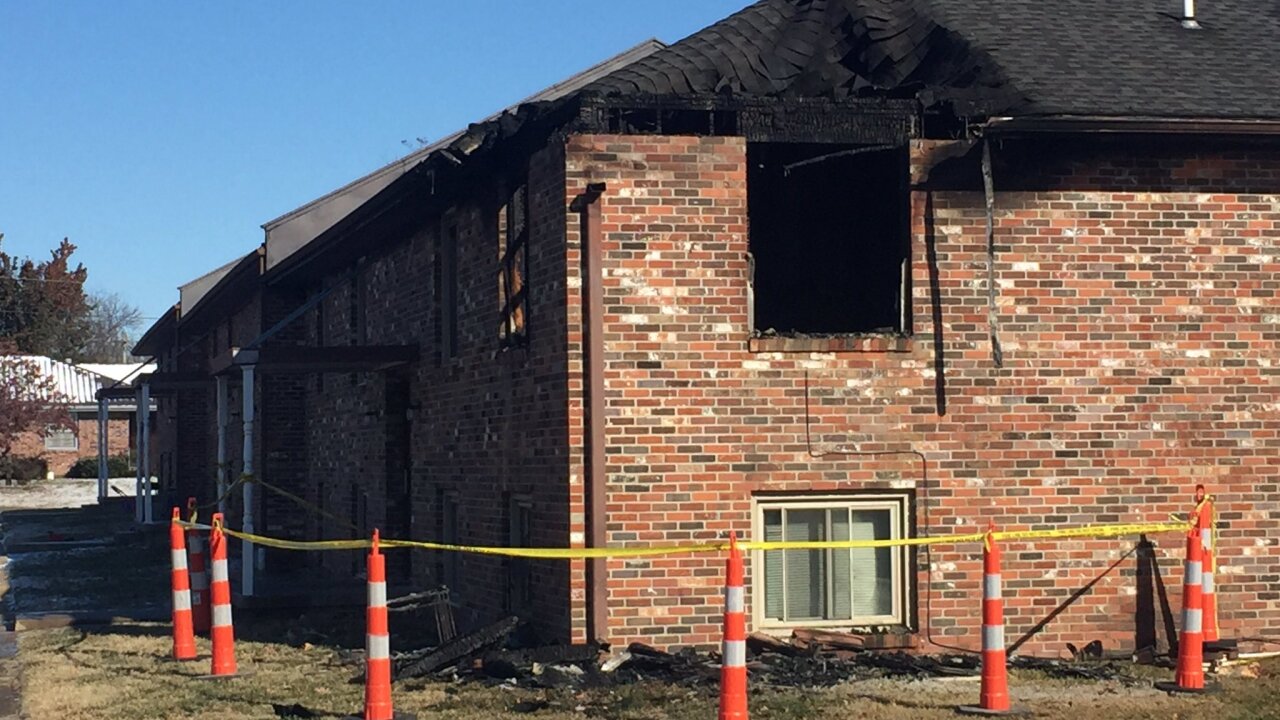 KANSAS CITY, Mo. — Two adults and a young child were killed in a fire at an apartment building in Clinton early Tuesday morning, officials said.

At 2:20 a.m., Clinton firefighters responded to the blaze at a 12-unit apartment building in the 100 block of South Third Street. The fire was under control within 15 minutes.

Ernest "Duane" McConville, 45; Taylor Briggs, 27; and Adriyana Briggs, 4, were killed, according to the Clinton Fire Department.

Hours after the fire occurred on Tuesday, McConville’s daughter came to the site to search through the burned home and find family items.

“I got a phone call from my little sister and woke up. She was just like, ‘I got really bad news,’” Michaela Starr said. “I’m speechless. I’m still in shock about it.”

Starr said her father dated Briggs and helped take care of her young daughter inside the apartment.

“He learned how to be a dad again,” she said. “He was doing everything right.”

The cause of the fire was unknown but most likely accidental, the fire department said. The fire alarm in the building did not work properly and didn't go off during the deadly fire.

“Seeing the damage in there is unreal,” Starr said. “(The fire alarm) needs to be up-to-date. That’s not okay.”

Neighbors who spoke to 41 Action News described a vicious fire overnight with flames that stretched high above the roof.

“We woke up when we saw the flames through our window. We just saw a bright light, looked out and saw the flames,” Jordan Mothersbaugh said. “It’s just unreal because you feel helpless. You yourself can’t go in there.”

“I heard my neighbor across the hall holler, ‘Oh my God! Oh my God,’” Chris Thompson said. “It’s just horrible. I can’t even imagine what it would be like to go through something like that.”

McConville had seven children, according to his daughter. He and Briggs had been dating for three years, Starr said.